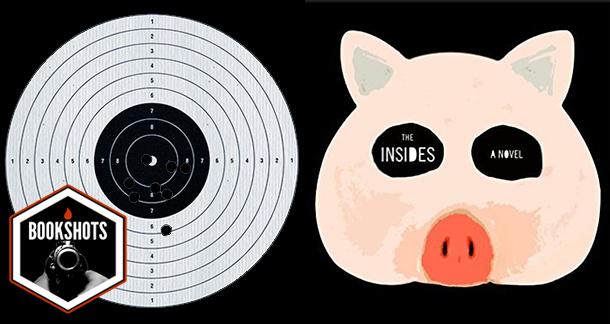 Olive Krueger is put in charge of a very special, magical knife that she must protect from the forces of darkness, including an ex-marine named Pig.

The Magicians by Lev Grossman and a little bit of Holly Black.

Olive “Ollie” Krueger and Maja, a woman with a special ability to “locate” objects and people.

Gwendoline Christie comes to mind for the extremely tall Ollie.

So many stories take place in New York, I don't feel like I can come up with a witty reply for this question.

And she never would have made the decision to follow the warlock if it hadn't been for his dog, which was about the friendliest-looking dog she'd ever seen.

It's a great opener and I honestly would've done the same thing.

Getting what you want always has consequences. It's something that Ollie learned as a teenager, when a group of warlocks first showed her how to use magic after a chance encounter in Tompkins Square Park.

The Insides moves at a brisk pace, alternating in perspective between Ollie and a psychic named Maja who's haunted by her younger brother. Fifteen years after her first magical encounter, Ollie is living in New York City, working for a chic Manhattan butcher called Carnage. Although she's mainly moved beyond her days running with the gutter witches and warlocks of the city, magic enters her life again in the form of a powerful blade that she finds herself responsible for protecting.

In classic fantasy style, villains begin to crawl out of the woodwork in search of the knife. Evil people want it, and they're willing to do anything to wrench the blade away from Ollie, including hiring Maja for her locator skills; her clients are a group of white supremacists searching for a powerful new weapon.

The Insides is a character-driven fantasy with a tinge of absurdism. Following in the footsteps of The Weirdness, Bushnell's writing isn't without its comedic moments, but this new adventure also isn't afraid to dive down darker alleyways and amp up the stakes with gritty, realistic prose. 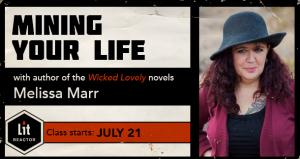 Mining Your Life with Melissa Marr

In this course, we examine what we might not even realize we know, as well as how we can springboard from reality into fiction.