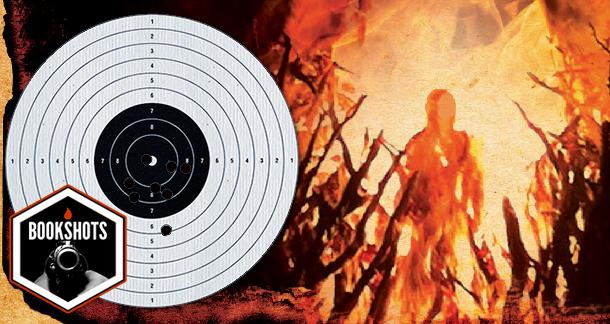 The narrative is gripping, the prose both accessible and gorgeous, and the characters relatable and easy to root for.

When a mysterious plague causes millions of people to spontaneously combust, a band of infected but still-living individuals attempt to survive as the world around them falls apart.

Primary protagonist: Harper, a woman infected by the burning disease, also known as Dragonscale. She travels not only a long and arduous physical journey, but an emotional one as well, as she discovers her own strength and self-worth throughout the novel. Her motives for survival are also two-fold: Harper becomes pregnant early in the narrative, and there's a chance her baby might not have the 'Scale.

Secondary protagonist: He actually occupies little page time, all things considered, but he's an important character worth mentioning—the titular Fireman, whose ability to dowse fires pales in comparison to his knack for starting them.

For Harper—Alexandra Breckinridge, who recently guest-starred on The Walking Dead as Rick's awkward love interest.

For the Fireman—This actor isn't exactly in keeping with Hill's description of the character, but I couldn't help seeing Daniel Craig in the part.

This is the apocalypse we're talking about, and Hill doesn't depict it in any appealing way. Sure, the characters have a strong desire to hold on to their world, as anyone in their situation would, but given the choice of hanging onto our creature comforts or giving them up in exchange for desolate landscapes and violent marshal law, I'd stick with the former.

There were so many to choose from, I narrowed it down to two (technically four) and couldn't choose. So..

Terror was a fire that held you trapped in the top floor of a burning building; the only way to escape it was to jump.

Harper thought it would be a toss-up, which term for women she hated more: bitch or hen. A hen was something you kept in a cage, and her sole worth was in her eggs. A bitch, at least, had teeth.

Joe Hill knocks another one out of the park, offering readers a novel that is both timely and timeless.

He mines into primitive fears of "the other," which is currently running rampant among supporters of a certain presidential candidate; but this is a fear as old as people themselves, and Hill asserts that it's a sentiment not likely to ever go away. From the very first page (the narrative begins in media res, with the infection already claiming victims left and right) to the very last, nothing comes easy for Harper, the Fireman, and their compatriots—especially when they believe they've finally found peace and salvation. Their struggle to survive and find a place where they won't be persecuted or gunned down is a constant uphill battle, but it is a challenge from which the characters never back away. They hold on to their faith and their resolve to survive, no matter how taxing, no matter how dangerous.

Speaking of faith, Hill examines its duality here as well. He shows what can happen when one has too little faith in oneself (Harper only has budding notions of her self-worth at the narrative's onset) and too much faith in someone else (some of the survivors began to display cultish-like behavior as they rally around their condition). Moreover, faith—or perhaps, superstition—butts heads against science, with those convinced the infected are a scourge upon the earth refusing to hear of research, studies, and medical testing that say otherwise.

Neither last nor least, The Fireman is a decidedly feminist novel, as it is time and again Harper, and Harper alone, who pushes her narrative forward. She makes great and not so great decisions along the way, learns from her mistakes, struggles with self-doubt and her own strength, and quickly learns to protect herself. She is a wholly good person, by and large, but this is not to say the other people populating the novel—especially the other women, who do bad things—are inherently evil or wicked. They're just complicated in many different ways. That being said, there are some appallingly sexist assholes that crop up in the book, and they are rightly depicted as vile.

This isn't even the full range of topics explored by Hill. The Fireman is a novel rich with ideas and socially commentary, but in no way is it dense or didactic. Quite the contrary, the narrative is gripping, the prose both accessible and gorgeous, and the characters relatable and easy to root for. It is a thick read, but at the same time, it's hard to put down, so make sure to give your wrists and arms a good workout before diving in, else you'll likely cramp from holding the book so long.