Review by Christopher Shultz September 27, 2016
In: 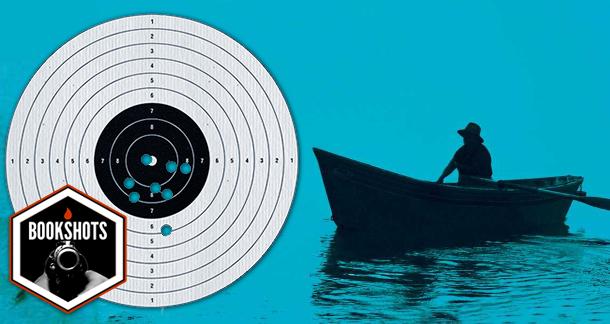 The plot, while recognizable as the "jaded hero gets his groove back and learns to love again" narrative, doesn't feel so stale in this author's hands...

Colin Gigl. This is his debut novel. More info at his website.

Imagine the concept of the ferryman, whose job it is to guide dead souls to the afterlife, expanded into a massive, bureaucratic organization not unlike a modern-day corporation—complete with managers, duty reports, and mandatory overtime without any perks—and you have the basic backdrop of The Ferryman Institute.

Now imagine the longest-working, most lauded and respected ferryman in the organization has had it up to his neck in dealing with death and desperately wants out. And despite refusals of this ferryman's "transferral requests" from the mysterious president of the Institute, this individual gets a chance to walk away—though it involves breaking every rule in the book and risking his life.

Charlie and the Chalk Outline Fuckery

The works of Christopher Moore, Neil Gaiman's Anansi Boys, or Gaiman and Terry Pratchett's Good Omens—or anything that blends fantasy and comedy.

Charlie Dawson, the lead ferryman suffering a crisis of conscience. He's tired of seeing so much death and suffering—he's literally had a lifetime of it. Just once, he'd like to save someone instead of letting them die. A chance to do just that arrives in the form of a woman, Alice Spiegel, though steering her away from death might just cause the end of the world as we know it.

Tom Ellis, best-known for his role as Lucifer on the TV series of the same name.

The Ferryman Institute, which is situated somewhere between the world of the living and the world of the dead. It offers inter-dimensional travel to just about any location in the world, and fantastic views of deep space. I think it sounds lovely.

It was like her mind had become this horrific carousel where her thoughts spun in endless circles until their familiar melodies warped and distorted into some sort of Stephen King-inspired nightmare.

If pressed to sum up The Ferryman Institute in two words, "pure fun" seems the most appropriate pair. Because Gigl's debut novel is just that, a comedy-fantasy that aims simply to entertain, but in a way that isn't insulting to one's intelligence (i.e., shallow and predictable).

Gigl writes in a clever, conversational style, with numerous pop-culture jokes and references. His characters are equally likable and relatable but flawed at the same time. The plot, while recognizable as the "jaded hero gets his groove back and learns to love again" narrative, doesn't feel so stale in this author's hands, in the same way that The Force Awakens and Guardians of the Galaxy are enjoyable films despite treading into already well-worn territory. In those cases, as with The Ferryman Institute, author and audience are on the same page: everyone's assembled to have a good time. Gigl delivers, letting the reader sit back and enjoy the ride.

Without giving anything away, it does seem Gigl has a series in mind with this book, so if The Ferryman Institute takes off—and I suspect it might—don't be surprised to see the further adventures of Charlie Dawson on bookshelves in the future.

As for right now, the would-be first installment is all yours for the gobbling, and the speediest of you readers out there will likely finish this one in an afternoon. The term "beach read" could easily be applied to The Ferryman Institute, but since we are past Summer at this point, if you're needing a little light reading to cheer you from the miserable, frigid grayness of impending Winter, this would be a solid title to pick up.