Review by Christopher Shultz January 4, 2016
In: 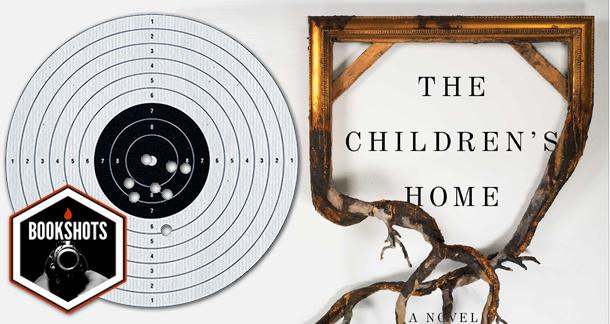 If this novel signifies what my reading in 2016 will be like, then it is going to be a wonderful year indeed.

Charles Lambert, award-winning and nominated author of several books, including Little Monsters and the experimental memoir novel With A Zero At Its Heart. More info at his website.

A scarred and ostensibly horrendous-looking man, alongside his housekeeper Engel and his friend Doctor Crane, become the unwitting caretakers of thirty or forty children. This may sound like a zany premise, but let me assure you, this novel is weird, at times unsettling, and altogether hauntingly beautiful, due in part to the mysterious and decidedly uncanny presence of the children.

The Sleep of Reason Produces Monsters

Any Gothic horror novel or story that is both weird and literary.

Morgan Fletcher, disfigured from a horrific "accident" years prior, riddled with abandonment issues and content, at the novel's outset, to live out his days as a hermit in the shadows, but forced into the light by his new, adolescent tenants.

Most of the novel takes place in Morgan's sprawling mansion, filled with old books, maps, and a plethora of curiosities. Take away the ghostly rugrats, and I'm there.

One morning, shortly after breakfast, Morgan was standing by the drawing room window and gazing out into the garden when a square of air above the lawn seemed to ripple as though it were silk and a knife had been drawn across it, and a child appeared on the lawn and began to walk towards the house, perfectly confident, it seemed, that she would be received.

Now, I do not use this term in the "she drives like a dream" context, though it can be said that Charles Lambert's prose is like a well-maintained automobile, seemingly smooth and effortless—making it accessible, easily digestible—showing nothing of its intricate machinery, a thing for aficionados to gawk and marvel at. No, when I say the novel reads like a dream, I mean this quite literally: entering the world contained within this book (and simultaneously, one's imagination) is akin to falling asleep and experiencing a vivid, often nightmarish realm sprung from the wells of the subconscious. The events that unfold on the page do not always follow the laws of our everyday logic, and what might horrify or shatter us mentally in the waking world strikes us as mere curiosity there.

This isn't to say that The Children's Home does not possess a capacity to elicit a sense of unease. The novel follows in the Gothic tradition of Henry James, Poe and Shirley Jackson, with elements of the cosmic horror popularized by Lovecraft and expanded upon by the likes of Thomas Ligotti, Laird Barron and Steve Rasnic Tem (in particular his short story "The Men and Women of Rivendale"); as a finishing touch, Lambert also blends a sprinkling of dark fantasy, handled expertly by Kat Howard, Karen Russell and Neil Gaiman before him, making for a truly unique and memorable experience. If this novel signifies what my reading in 2016 will be like, then it is going to be a wonderful year indeed.