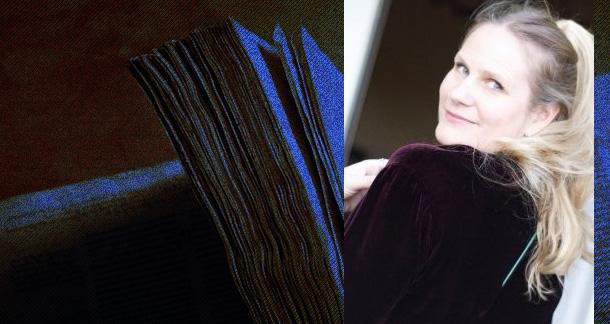 Reading The Chronology of Water, I was struck by the human depth of it and how brave you seemed on the page. The narrative voice takes on traumatic personal experiences without flinching, but equally without narcissism or wallowing, and is counterbalanced with wicked moments of humor. Could you tell me what it took to bring the most difficult moments to the page and whether you'd do it all again?

Ha…well in some ways it nearly killed me to write that book.  And yet I couldn’t NOT write it either.  It’s like I hit a point in my writerly life, my emotional life, my psychological life, even my physical life, where there seemed to be a kind of blood clot in my way…sorry if that sounds gross. So writing that book took everything I had, because I had to dive down to the bottom of things, face off with them, and bring something useful back up.

You know that poem by the late great Adrienne Rich, “Diving into the Wreck?”  That.

Not that I’m proud of this, but in order to write that book I drank too much.  I had nightmares.  I was haunted.  I took too many prescription medication drugs.  I couldn’t sleep or eat right.  A book like COW is not a project for pussies.  Sorry again to sound blunt but I’m being LITERAL when I say it was nearly the death of me.

You could say The Chronology of Water is my lovehurtsong to fellow outcasts, nerds, introverts, and anyone who ever felt like they were doing life “wrong.”

But I’m not telling you that to overdramatize myself.  You know what happened about half way through?  It hit me that I wasn’t just writing about me.  In fact, the more I wrote, the more I discovered I was writing into archetypal forms about bodies.  Emotions.  Fears.  Angers.  And once that happened I realized I had to write it “to” someone besides myself.  You could say COW is my lovehurtsong to fellow outcasts, nerds, introverts, and anyone who ever felt like they were doing life “wrong.”

Would I do it again?  Someone asked me that last year and I said no fucking way.  Ever.

But lately…lately…nonfiction is a powerful form.  Particularly the way I define it (ha).  It’s dangerous in the best way – in a way that is generative of meaning.  Or it can be.  When it’s not over sentimentalized.

Well I have facehooker friends!  Kidding.  I have been moved enormously by the one on one contact I’ve received as a result of that little book going out into the world.  Sneaker emails or letters, people sending me their hair or rocks or beautiful poems or drawings, for someone like me that is colossal.  I say that because at heart, I’m an isolate.  I just built a social shell on the outside to “pass.”  To survive.  But it’s costly, trust me.  Some people will know what I mean when I say that.  So the kinds of tiny huge intimacies that have developed between me and single readers has changed me forever.  I won’t ever forget it.  It’s real to me in ways a lot of other things in life are not.

I’d say this too on a more practical level – like other things I chose to chase in my life, a Ph.d. among them, COW being in the world has given me a little more mobility.  It’s worth it, mobility, to change and grow and have new opportunities.  It’s like a VISA to travel farther and wider without many stop signs.  Because I’m still in “indie press” world, I don’t have many limitations on my artlabor.  And COW brought me an agent, Rayhané Sanders, and a huge increase in audience, an awesome new chance to help other people write and shed skins and make new lives, and this:  a keener understanding of my tribe. Even alienated people have tribes.  Maybe especially alienated people.

Did you encounter any difficulty or backlash when telling unflattering or just deeply personal truths about other persons still living? The father, of course, was deceased before publication of the book and one chapter recounts his reaction to the original short story--which may have been muted even then by the after-effects of near drowning. But what about others? The sister or one or more husbands? How do you safeguard close relationships without a crippling self-censorship creeping into the design of a memoir?

Well I’m extremely lucky to have a sister who has a Ph.d. in literature and an MS in psychology.  And she read every chapter.  Gave me insights.  Although it’s true if she had written the story of things it would have been completely different, of COW she said:  “Thank you for telling it.  The story makes me feel real.”  Also my sister and I have what my mother once called an “unnatural” relationship.  HA.  Don’t creep out.  My mother was just scared of how close we were, is all.

One of the husbands both congratulated me on the “triumph” of COW, and then the next day email bombed me with rage. Guess which one.

You can’t worry a lot about safeguarding relationships in creative nonfiction writing.  But you can remember you are telling your story, and you can try not to steal other peoples’ stories from them. Actually Chuck and I disagree on this … he thinks everyone’s story is fair game to a writer, and he’s often telling me we don’t become writers to make friends.  I agree with some of that.

But the point is, the “fallout” worry in terms of creative nonfiction is a red herring of sorts.  You put your version into the world.  Then it’s not even “yours” any longer.  It’s a story that threads into hundreds of thousands of other stories.  It’s storytelling – it’s an old form that has kept us connected to one another since we were grunty apes painting awesome graffiti on walls.

I did make up some rules for myself though – I do believe in personal ethics – don’t out anyone without their permission, do not intentionally injure, and always always backtrack and reflect on the fact that “truth” and memory are never, ever, stable.  Least of all, “mine.”

Where Chronology deals with the structure of memory, the transmutation of pain into understanding and art, and the life of the body versus the life of the mind--all coming through an organic and highly personal register--some of your more recent work, like Dora: a Headcase, gets relatively more whimsical and psychologically abstract. Dark, but playful. And from what I understand, your work-in-progress goes even farther from autobiography and the corporeal self, to explore the complex relationships of humans with high technology in an increasingly networked global society. Have I gotten my assumptions correct here and could you speak to the progression of your interests from the subject matter of Chronology all the way to things like cyborgs and nano-tech?

Can I use that paragraph to explain my work to people? You NAILED it. HA!

I don’t think it will surprise you to hear that Dora: A Headcase was the book I HAD to write after COW.  I wanted to have fun inside language and image.  I wanted to be back inside fiction writing, a mode which I consider to be the most radical of writing forms (honest).  And in many ways Dora is the logical fictionalized extension of COW.  In COW I worked through my daughter's life story.  In Dora I created a girl character who loses her voice and identity and then fights to get it back, in spite of what the world of authority is telling her about how to “be.”

Dora too is based on source material – Sigmund Freud’s famous case study of Ida Bauer – so let me just say it was a complete kick in the pants to inject THAT story with speedies.

My current novel-in-progress is based on another girl.  Joan of Arc.  Yup, your assumptions are SPOT ON.  I’m not only exploring how it is that the corporeal self has in the present tense begun to … hmmm.  Disperse or cross breed with information systems and technology, but also how human relationships are changing faster than we can say Bladerunner.

The other thing I see in all the work I’m doing is this:  there is no self apart from other.  No other apart from self.  We are all little cosmos that mimic the supposed “out there” cosmos – which isn’t “out there” at all.  We’re made from it.  Literally.

In your previous LitReactor class, Ecstatic States, you helped students explore autobiographical material through the lens of altered and extreme states of consciousness. In particular, the class placed a principal focus on finding fresh and original approaches to writing sex scenes and death scenes. Difficult terrain for the novice to approach without falling into conventional and clichéd expressions. What liminal or threshold experiences will the new class -- Age of Immersion (begins Thursday, July 26th) -- invite the student to explore and how will that journey differ from the first one and perhaps even parallel your own current project?

I’m SO HAPPY you used the word “liminal.”  It’s one of my favorite words.

Check out this definition from Wikipedia:

In anthropology, liminality (from the Latin word līmen, meaning "a threshold") is the quality of ambiguity or disorientation that occurs in the middle stage of rituals, when participants no longer hold their pre-ritual status but have not yet begun the transition to the status they will hold when the ritual is complete. During a ritual's liminal stage, participants "stand at the threshold" between their previous way of structuring their identity, time, or community, and a new way, which the ritual establishes.

Is that cool or what?  It goes on to say that more recent usage has broadened to describe all kinds of changes – biologic, cultural, political, environmental, etc…

So we’ll be exploring how characters, plots, and other narrative strategies can “stand at the threshold” between previous shapes and new ones.  My Joan of Arc character is exactly that. GAHHHHH.  SO EXCITED!

Thanks, Lidia. I'm looking forward to both the new book and the new class.

Age of Immersion is still open for registration, but hurry, class begins this Thursday, July 26th.

Great interview. COW is brutally beautiful and I could read it endlessly. 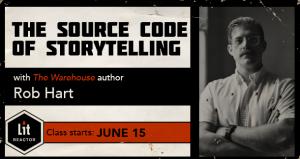