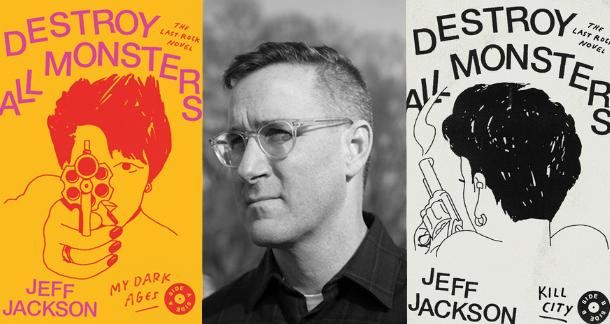 If you are a regular reader of this site, you are already aware of my affinity for the writing of Jeff Jackson. His books Mira Corpora and Novi Sad are a one-two punch of punk rock prose. Jeff's latest, Destroy All Monsters: The Last Rock Novel, has been praised by the likes of Don Delillo, Ben Marcus, and Dennis Cooper, so I figured, who needs my opinion? That gave me a good excuse to pursue an interview instead.

Jeff was kind enough to share his thoughts on topics varied as connecting with readers, punk rock, and his new two-sided novel.

This is both your most accessible and most experimental novel. Agree or disagree?

Is that something you ever worry about? Accessibility? Or at least reception?

I work hard to make sure my fiction connects with readers—at least those who are open to it. That’s really important to me. Though I don’t worry about accessibility in commercial terms. As for reception, I’d love a wide audience to embrace my books, but that’s beyond my control. A critic once asked Harmony Korine who was the audience for his movie Trash Humpers. He said: “Everybody. It should be screened in every middle school across the country.” I feel the same way about my work. 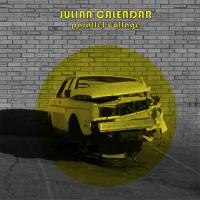 The intro says Side A and Side B can be read in any order. Do you have a preferred order? And how do you think the experiences differ?

Side A is the ideal starting point for most people because there’s immediate plot and character development to hook you. I suspect it makes for a more emotional and visceral read. If you start with Side B, you should be one of those special people who seek out more challenging narrative structures and like stories that are initially a bit disorienting.

What led you to settle on this structure?

It came late in the game. After I finished what is now Side A, I thought the novel was done. But then I became haunted by the image of the book as a two-sided vinyl single. I couldn’t shake that idea, so I sketched out ideas for a Side B and began to write it. I initially thought the two sides could be published separately, but I soon realized they needed to be under the same covers and together they made up the complete project.

DAM deals with a rash of public violence perpetrated by young people. Were current events on your mind as you wrote this?

Violence in this country is so pervasive and it’s always on my mind, but I was never trying to write a sociological depiction of mass shootings—that’s why the killers use a variety of weapons and don’t have a uniform background. I started the novel pre-Sandy Hook when shootings weren’t as rampant and the idea of murder in a music club still seemed surreal. It’s been alarming how current events have caught up to the novel.

All three of your books in some way deal with identity, albeit ones that shift. Is this a search for self, or a rebellion against the status quo?

Probably both. It’s also a rebellion against the idea — so common in American fiction — that there is such a thing as a fixed self.

You play in a band called Julian Calendar. Punk rock infuses your written work. The two mediums seem to be merging even more with this novel. Is that a conscious choice? An involuntary eventuality?

It was unintended and unexpected. After I finished DAM, my friend Jeremy Fisher asked if I would write lyrics for his music. The collaboration evolved into Julian Calendar, where I’m also the singer. I’m not a musician and had never been in a band before. Joining a band was an especially strange thing to do after writing this particular book. It would’ve made more sense to swear off music rather than start making it. Maybe I did it in defiance of what I had written. Only my subconscious knows for sure.

I read this novel took 10 years to write. Will we be seeing a follow-up any time soon?

My notes for this novel go back over 10 years, but it “only” took me five years to write it. I’ve already started a brand new novel, which is set in a slightly different world than DAM. Hopefully it won’t take me so long to finish this next one, but I’m a slow writer. It’s often a tricky thing to wrangle words in the right order.

Wow! I was not aware of this novel. I think I have read many novels in my life and I have gained a lot of lessons from them as well. I am going to read this novel and reviews about essay samples at https://youressayreviews.com/gradesfixer-review/ website. It sounds interesting to me. I wish that I will find it the best novel of my life.