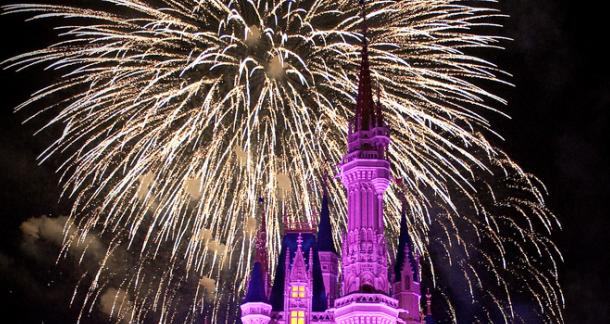 (Note: I admit fully to shamelessly plugging myself and the magazine in which I'm published. I have zero qualms about doing so.)

You've sold and published your first story to a pro magazine. Now what?

As countless Super Bowl winners have been paid to state, you could simply go to Disneyland. Or, you could do something worthwhile with your success.

I was faced with this very question prior to the publication of this month's Apex Magazine, in which my short story "Starpower" appears. Some of the answers to the question I learned the hard way. Other answers came with less of a wallop. Others still were pretty obvious, though whether or not I came up with them prior to them coming to me is a good 50/50 split.

Investing in a new piece is the quickest, most sure-fire way to distract my brain from the stories that are already finished and floating around in the aether that is the slush pile.

So here's what I learned. If any of this seems like no-brainer stuff to you, just remember, it may not seem that way to someone who doesn't really know what they're doing (and I fully admit to not having a clue about what I'm doing, by the way).

As Lou Reed once said (yeah, I'm going there), "First thing you learn is that you always gotta wait." Now, of course, Mr. Reed, may he rest in peace, and his song "I'm Waiting for the Man", references the wait for your smack dealer, but the same principal applies to story acceptances. If you've been regularly submitting work to various publications, I'm sure you've seen some variation of the statement, "We try to respond to submissions within [insert number of days, weeks, or even months], though stories under serious consideration may be held even longer than that."

It's best to really adopt that bit of Lou Reed wisdom from the get-go, because two things can happen: either you'll work yourself up into a nervous frenzy fretting about the status of your submission, or you'll become that writer who pesters the editors day and night about the submission status. Neither situation is good for your health and general well-being, and the latter severely damages your chances of getting published. Submit it and forget it, I like to say (and probably a bunch of other people, too).

I've avoided being that writer, I'm happy to report, but I've had less success in the former camp. See, I have a rather nasty anxiety disorder, which causes me to worry and fret over, well, just about everything, and that includes the status of my submissions. Or at least that was the case—I had to force myself into adopting the "submit and forget" mentality or risk a total mental collapse (I'm really not being hyperbolic here). One part of the solution was this: after a story is submitted, I immediately got to work writing or editing the next one. Investing in a new piece is the quickest, most sure-fire way to distract my brain from the stories that are already finished and floating around in the aether that is the slush pile.

The Itch Always Wants a Scratch

The waiting principal applies to the period after acceptance as well. You get that letter saying "we love your story and would like to publish it," and you're ecstatic, because this is exactly what you've been working toward, getting into the big time magazines that you really love. Things are really happening, the pieces are all falling into place, and in a month's time, maybe two, your work will appear in one of your favorite, big time magazines and you'll become a household name.

Nope. I wont say exactly how long between acceptance and publication I waited, but it was decidedly longer than one to two months. This has everything to do with how many pieces the editors accepted before me, but had yet to appear. Now, of course, this isn't true of all magazines, but the key lesson here is, you don't really know how long you're going to wait before your story actually gets published, and in this way, maintaining the "submit and forget" principal is still key to allaying panic and worry, as well as not being a pest. And yes, you can submit other stories to other places and forget about those as well. Constantly submitting, and thus constantly forgetting about the stories already submitted until you hear back from the editors—that's the way to go.

In doing so, will you cease to worry, to fret, to mull over whether or not it was the right choice to send that particular story to this particular magazine, and so on? Again, nope. At least for me, the propensity to gnaw at myself never goes away (anxiety disorder, remember). But having a solid and actionable means of dealing with it is a real life-saver. 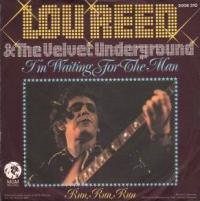 Admitting You Have a Problem

This wisdom did not come to me naturally, though. Not by a long shot. Even though I generally don't want to be a pest or a bother, I nearly messaged the editors to get a status update on when my story might get published. Fortunately, I reached out to a few other authors who've lived through this first-time experience already, and they universally advised me to keep silent and wait.

Which brings me to my next lesson: don't be afraid to reach out and get advice (assuming you can't find what you're looking for poring through author interviews and bits of writerly wisdom). This applies not just to the question of whether or not to message editors about a status update on when your story's getting published, but for just about anything else related to your writing.

Just remember: don't be a pest or a bother to other authors either. They're busy people. The authors I reached out to were more than happy to give me their two cents, but that didn't open the door for an onslaught of questions and daily affirmations. Ask your question, thank them when they answer, and move on.

Moreover, these weren't random authors either. They were people I was already friends with via social media, people who I'd already had a few exchanges with in the past. Did that make them my buds? Nope. They were (and still are) other writers I happen to know in a digital sense, with whom I felt comfortable asking a one-off question. It's as simple as that.

After the Wait Is Over

When you finally get to that grand day the issue featuring your story comes out, the "what next?" aspect of our discussion comes into focus, and it's actually pretty easy (if you've been following the best "practices while waiting for publication" lessons outlined above). Again, this stuff may seem like a no-brainer, but bear with me.

Finally, once you've gotten that big, resounding YES from one of your white whales, and once it has finally made it to the stands (physical, digital, or both), do not assume that means your work is now good enough to get into the rest of them. Your work might be damn fucking good enough, but that doesn't mean all the big players will start clamoring to buy your stories, even if you mention how such and such magazine has accepted your work in your cover letter.

Also, don't assume the magazine that accepted one story will begin automatically accepting anything you send their way. That won't happen either.

Basically, have no preconceived notions in this game, whatsoever. Just keep striving to write better and send your work out, like nothing much has changed.

Currently in the waiting game for something that was recently accepted, and it's a little tense.  It's my first time getting published, which adds to the excitement, so knowing it'll be out "sometime this summer" is like waiting to get off work in a universe where an hour last anywhere between 5 and 500 minutes.

But there's almost like a pressure has been lifted, too.  I never submitted anything, until I made getting published a before-30 goal, so reaching that within a year has been really encouraging.  To be sure, I've gotten rejection letters in the meantime (the story that got accepted was my second submission, and they had a several-month response time), but there's definitely a sense of validation.  Like, "Oh, maybe I'm not so bad at this thing I've been practicing obsessively by myself for 15 years."  I've always had a personal confidence in my writing, maybe even a naive one, but the submission process isn't as scary as I thought it'd be, even before the acceptance.  I sort of feel silly for being so nervous about it.

Joshua Chaplinsky from New York is reading a lot more during the quarantine July 6, 2016 - 2:11pm

Josh Z, I know the feeling, and it can feel disheartening to get an acceptance, followed by a mound of rejections. You ask, was that acceptance just a fluke? Did I pour all my writing ability into that one perfect story, and now I'll never write another good one again? Of course, that line of thinking is more detrimental than the frustration over a rejection, but it's super hard to stop your brain from going down that road. But it sounds like you're keeping a decent rein on things, just keep at it. And congrats on the acceptance!

Yeah, it can certainly feel fluke-ish. But one goal at a time. Thanks for the encouraging words!