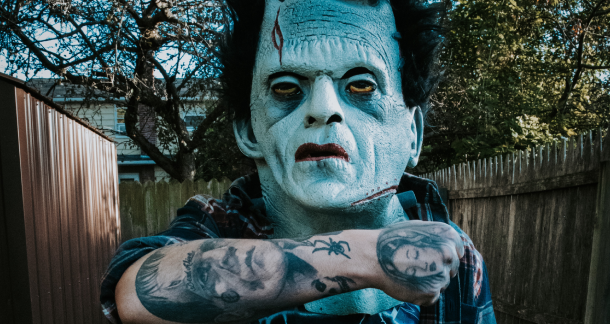 Because I’m a very cool guy with lots on my social calendar, I was browsing a free database of dissertations the other day.

I tried REALLY hard to come up with a way to intro this column that made me sound badass, and that was the best I could do. Yes, there were several, far worse versions of that intro.

What surprised me about that database is how many dissertations, theses (heh), and academic papers are still coming out today about Mary Shelley’s Frankenstein.

Being a writer who would love to write something lasting and impactful, not to mention something that would make him so much money that he’d spin out of control and buy enough cocaine to sink Jeff Bezos’ superyacht, I looked into it.

Because it’s the sport of my people 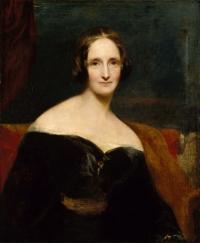 Barring the invention of time travel, just about anything new we might learn about Mary Shelley or the making of Frankenstein is going to be a matter of some speculation, a little bit of an intellectual sport combining research and creative thinking.

This is the sport of my people, the book nerds. You football people are like, “Tom Brady DIVORCED!?” Meanwhile, me and my crew are like, “Cormac McCarthy designed a rollercoaster that decapitated some kid!?”

Okay, that never happened. I’ll admit, our scandals are way less juicy than a kid losing his head to a poorly-placed I-beam. Figuratively less juicy, anyway.

But you can’t blame us for making a sport of speculation, combining light research with creative thinking. It's all we've got.

Because "Frankenstein" is readable

Here’s a fart joke from The Canterbury Tales:

This Nicholas anon leet flee a fart, As greet as it had been a thonder-dent, That with the strook he was almost y-blent; And he was redy with his iren hoot, And Nicholas amidde the ers he smoot.

The fuck? I'm a fart joke expert, a sommelier of the odors of fart jokes, and even I have no idea what the hell Geoff Chaucer is talking about.

Meanwhile, Frankenstein is all:

If I cannot inspire love, I will cause fear!

Which is the best proclamation to make right before you blast one out the backside.

You can read Frankenstein and understand it without an advanced degree, and that’s a pretty underrated factor in literature. It's a big part of what keeps Frankenstein alive in the culture.

Because it’s old enough to feel like an original

When I looked at theses and dissertations, I found comparisons to ReAnimator, Never Let Me Go. The term “Frankenstein Myths” is used as a way to describe a TYPE of story.

Now people are talking about big tech being like a Frankensteinian monster.

Hell, it’s not even a stretch to say the Arnold Schwarzenegger movie Junior connects to Frankenstein and the idea of men creating life. A QUALITY comparison is a stretch, but the “An Attempt Was Made” possibilities are strong.

While the novel is not the absolute, dead-on first version of the general idea of a man-made life (certainly the golem, which has been in written history at least 300 years prior, is older), it’s old enough for our fast-moving culture to recognize it as a starting point.

As long as people keep making new myths about creating life, we’ll get ties back to Frankenstein.

Unfortunately...an artist can’t be SO recognized after death that it rights the wrong of being neglected in life.

Frankenstein was written in 1816, The Year Without A Summer. How spooky does THAT sound?

It was mostly just a summer where the weather sucked, so instead of tanning and going to the beach, and, I don’t know, I guess you could try and take a selfie on paper coated in silver chloride–instead of doing summer stuff, a bunch of folks got together and wrote ghost stories.

Frankenstein’s got a great origin story, and a good lesson for writers out there: Ignore Hot Girl Summer, Sit Your Ass At Your Desk Summer is where it’s at.

And nothing sells a story like the story of its creation.

Because Mary Shelley was a marginalized figure

Let’s not get into the unproductive Marginalization Olympics here, because Mary Shelley wouldn’t even win one of the piddly events nobody gives a shit about. Pole Vault? Yeah, let’s go with pole vault.

People who do pole vault aren’t going to come kill me for saying that, right? Ram that giant pole right into my guts and then vault over my bleeding out, stupid ass?

There’s an instinct to try and right the wrongs of the past, and one way to try and give Shelley her due will be reminding people she deserved more credit than she got in her time.

Unfortunately, this doesn’t really work, an artist can’t be SO recognized after death that it rights the wrong of being neglected in life.

But that doesn't seem to stop anyone and everyone from trying!

When you’re pulling the levers, it’s progress. When the next generation is doing it, it’s a slap in the the face of god. This has ALWAYS been the way. Never has a generation halted and reversed the progress of science, and never has an older generation been totally okay with the way science and technology are adopted and used by younger generations.

You hear that, TikTok? It’s not my fault that I fear you. It’s me respecting my role in history.

For all our progress, we are still just as superstitious as the first readers of Frankenstein.

We still fear donating our organs and what might happen to our bodies after we’re dead. Only about half of Americans are signed up to donate organs. The UK is worse! I mean, sure, us Americans probably cannot donate our Wendy’s-clogged organs anyway, but hey, at least we’re generous with our fatty organs. What's important here is that I found something we’re better at than Europeans. I’m not letting that just pass by.

Frankenstein touches on our fears of dead bodies, of what will happen to our bodies after we die, and, of course, of death itself. Turns out we’re still pissing ourselves over all of that. 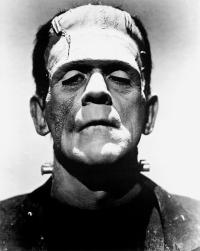 Because we all do pretty much what Frankenstein did

I mean, we accuse Doc Frankenstein of playing god, but how different is what he did from getting knocked up and shooting out a baby, aka “Trad Human Publishing?”

Okay, it’s more disgusting. I mean, the “natural birth” thing is more disgusting. You know why it’s worse? Smell. You can’t smell those delivery room pics, but if you could, you’d BEG to sniff a corpse instead.

I’m sure plenty of folks who’ve had traditional-style babies don’t wanna hear it, but let’s face it, how is having a baby and creating life NOT playing god? Because god gave you the hardware to make a baby? Sounds like some “manifest destiny” bullshit to me.

Because Frankenstein is the Dad Who Went out for Cigarettes

Frankenstein basically gives birth to a creature, then fucks off for awhile, and when he returns, the creature is gone.

This story is extremely relatable to anyone with an absentee dad, which is at least a quarter of us. And it’s relatable to absentee dads who are like, “Bro, I made a mistake, and now I gotta pay for it my entire life?”

Because “Frankenstein is the doctor, not the monster” is like the only thing people know about classic books

The pendulum swings on this one. First, it was something the learned correct the unwashed masses about. Then it became something everybody knows. Then it was laid like a trap in literary circles, people who KNOW the monster isn’t Frankenstein throwing it out there to see who will bite.

Even though it’s officially okay to call the creature Frankenstein.

When you're looking for a stock image of The Creature, what's the word you put in that search box?

And can you picture a Starbucks barista saying, “I have a PSL for The Creature?”

Stick that in your stupid, stuffy literary friends' pipes and let 'em smoke it.

Get Mary Shelley: The Strange True Tale of Frankenstein's Creator by Catherine Reef at Bookshop or Amazon