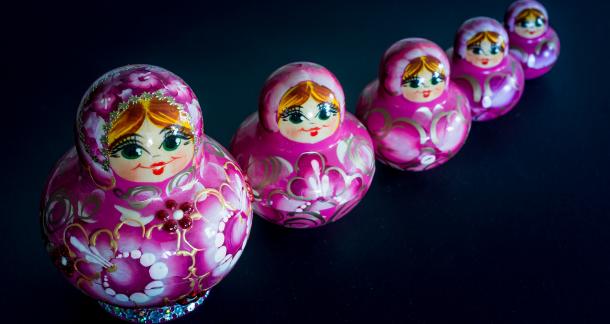 Kevin Smith racked up huge credit card debt to make his passion project, Clerks, shot inside a convenience store, where he actually worked, late at night.

To promote The Lottery, Shirley Jackson told stories (probably at the urging of her publisher) about being a witch and casting a spell on Alfred A. Knopf that caused him to break his leg while skiing.

Bon Iver and Thoreau, to greater and lesser degrees, sequestered themselves in cabins to complete their works.

Stories that succeed and stick around have something in common: there’s a story outside the story, a non-fiction narrative that wraps around the story’s creation.

To help your story get a foothold in the world, write a good one, and then develop the story of the story.

The Basic Appeal of the Small Story

Imagine you host a late night chat show, and you bring out your guest: John Carpenter.

Carpenter could run through the plot of Halloween, but that’d be pretty boring: a guy escapes a mental institution and starts killing people until one of the people kind of kills him back, the end.

But what if, instead he told little story about how the famous mask was purchased for two bucks before it was altered to look less like Captain Kirk, or maybe a tale of how they had use and reuse the same bag of leaves to make California May look like midwest fall?

And in that little story, you'd get an idea of John Carpenter as a person, as a filmmaker, and, most importantly, a storyteller.

The Story of The Story is Relatable

The story of your story makes you into a real person instead of a name on the cover of your book. You’re no longer a stranger to your potential reader.

The Story of the Story Deepens The Story

The story of the story gives a glimpse into your book without sacrificing a single word for the sake of marketing.

When I hear the story behind Chuck Palahniuk’s Choke, it breaks my heart every time.

Palahniuk was on the road. He was at a low point. And he got the urge to pull over and lay down in the road. It was the middle of the day, he was dressed nicely, and eventually, someone would come to his aid.

And when they did, they would have to touch him. And that would be human contact. That's how desperate he was to be held, to be told "Everything is going to be okay."

When you hear the story of the real-life person who would go to such lengths for human contact, you read their book in a different way. The book, as outrageous as it is, probably holds back a little. It’s not as heartbreaking as the truth behind it.

The Story of the Story Sells

The wraparound, non-fiction story doesn't require the late night host, the interviewer, the podcaster, or whoever you might talk to—the small story doesn't force them to actually read your entire book.

The story of your story turns you into a much easier interview, a much easier person to write about. It gives people a foothold or a starting place for a conversation with you. During which you can sell your book.

The Story of the Story Bring the Reader In

It's like a behind-the-scenes documentary, a quick peek into how the sausage is made. It gives the reader something that feels like VIP access to you and your book.

The Story of the Story Preserves the Story

What's beautiful is you can tell a complete beginning-middle-and-end type of story ABOUT your story without spoiling anything IN your story.

Your story, which is for sale, is still intact, all of its surprises and delights and sorrows still preserved for the reader.

The story of the story gives a glimpse into your book without sacrificing a single word for the sake of marketing.

How To Develop The Story of the Story

SOMETHING must have happened when you were selling your story. Maybe you did something special with rejection emails, like printing them out and putting them on the fridge. Maybe you decided to submit your story 100 times before giving up. Maybe you trolled one of those shitty publishers that ask you to pay a ton of money for, basically, nothing. Maybe you designed a new cover for your book every week, and you can show everyone your graphic design progress (or lack thereof).

Maybe you did SOMETHING after you published. Made a giant poster with your worst review. Built a one-book bookshelf that's perfectly-suited to hold one copy of your book.

Identify that SOMETHING. If you can't think of anything, then DO SOMETHING.

Tell the story a few times. Hone it. It doesn't have to be perfect, identical every time. Just make sure to get the laughs in there, the heartbreak, and make it a story you can tell in just a few minutes.

The Story Of the Story Is The Story

When you tell a good story about your story, it’s a demo, a bite of the whole meal.

It shows you care a lot about this story. It shows that the story is worth your time, your money, your sweat.

And that might just convince someone else that it’s worth their time, money, and sweat, too.

Get How to Tell a Story: The Essential Guide to Memorable Storytelling from The Moth at Bookshop and Amazon

Get The Science of Storytelling: Why Stories Make Us Human and How to Tell Them Better by Will Storr at Bookshop and Amazon