Try To Be A Ghost: The Life and Times Of A Professional Ghostwriter 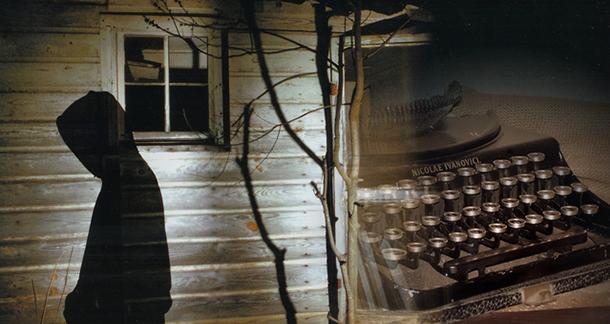 Does anyone remember that column I wrote about a year ago, “What 65,000 Words In One Month Feels Like: My Life So Far As A Full-time Freelancer”? Yeah, it was a cute piece. The reason I think it’s so cute is because of this little statement (Guess who’s about to quote himself?):

So I don’t know if I’ll ever take on that much paid work again. I’m sure it will happen, but I’m hoping there’s at least a month in-between so I can focus a good hunk of my day on my material.

The reason I think it’s so cute is because, well, 65,000 is about what I average a month, and has been for the past six or seven months. I used to think that number was some kind of holy grail, an impossible number that I would only be able to hit maybe once a year, and that was if I worked really, really hard. But that was back when I was hobbyist; I was basically a writer the way a tax attorney is a fly fisherman or a stamp collector. Weekends and evenings were my time to shine (And, in a few ways, still is) when I wasn’t making my way in the 9-to-5.

And don’t get me wrong, 65,000 is still really hard and it’s a hell of an accomplishment, and if you’ve done it (or have done it on multiple occasions) you should be proud of it. But when you make your living in the murky waters of full time freelancing, 65,000 is a decent month—not great, but solid. That’s not bragging, by the way, it’s just the world I make my living in. The world of pulp writing hacks, the world of professional ghost writing.

Earning a living as a writer is hard. It’s not coal miner in the 1930’s hard, but it will test you both mentally and physically.

I never really knew what the word meant when I started calling myself a pulp writer when I first started publishing. I found the term romantic because I admired the urgency and sloppiness of the authors who used to hack out a living for a penny a word in cheap magazines like Astounding, Weird Tales, and Argosy. I didn’t understand at the time that the reason why their writing was so urgent was because they were worried about keeping a roof over their heads and being able to feed their families a couple of times a day, and the stories were so sloppy because they were churning out eight-to-ten-thousand words a day and the concept of a second draft was as alien as the surface of Mars.

The other reason I liked it so much was because I didn’t really think writers like David Goodis, L. Ron Hubbard (yes, he was a complete whack job, but the dude average 100,000 words a month), and Earl Stanley Gardner really existed anymore. But they do, and thanks to the cheap, easy publishing model that is Kindle Direct Publishing, the pulp publishers and writers are back in force, and you can become a pulp hack just like the greats of the 20th century golden age of genre fiction.  And just like the greats, as long as you don’t give fuck about what kind of stories you write, or whether your real name appears on the page, you can make a fairly decent living.

By the way, you really have to not give a fuck what you write. In the first year I was ghosting, I wrote in EVERY genre: Science fiction (a lot of military crap), horror (lots of traditional monsters, which is actually a lot of fun), mystery, fantasy (lots of fucking elves), romance, erotica (before you ask, no, I’ve never been a part of the Chuck Tingle group)—you name it I’ve written it, and if the price is right, I still will write it. The only thing I draw the line at is non-consensual or violent sexuality, but most publishers aren’t looking for that kind of content either (you also learn it takes A LOT of skill to write a readable romance story. So the next time you’re taking a shit on romance or erotica, ask yourself the question, could you write it?). I’ve been lucky in the past four months or so, though, and I’ve scored nothing but horror and mystery stories. I don’t know how long it will last, but I’m enjoying the stretch. 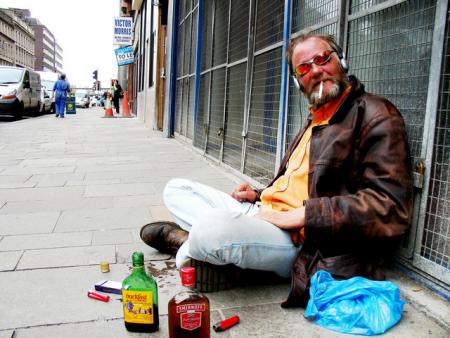 The purpose of this little article is to pass along some practical advice for those willing to give up their name and make a few bucks torturing themselves with near constant deadlines. And the one question I am asked the most is where? Where do you find these kind of jobs? Well if you’re an agented author, bug him or her about tracking you down a job or two. But for the rest of us, you can get started right here, here, and here (no, I won’t be mentioning the services by name. They spend millions on marketing and they don’t need the extra bit of SEO this article will generate). These services aren’t the end all be all, and they shouldn’t be your final destination if you’re taking your career seriously, but they are a great source of income, especially if you’re just starting out.

What these services are great for is developing private clientele, people you work with outside of these services that will value (and pay you) your true worth. It takes a while, but it does happen. However, I will give you a bit of warning when you’re being hired as a freelancer by the sites I’ve linked to: never agree to do a job outside of the site until you have worked with them over the course of a couple of successful jobs, and don’t give them ways to communicate with you outside of the site right away either. Play by the rules, but once you develop trust, take it somewhere else.

PS: Don’t apply for “blogging” jobs or for “articles” (unless it’s an established website or magazine, which, believe it or not, they use these sites all the time). A pretty big hunk of them are scammers.

Know What You’re Worth

If there’s one thing I’ve taken away from freelancing and ghost writing it is this: I know what I’m worth. I have a lot of confidence in what I write. None of it is Shakespeare and it’s not meant to be. What I write is meant to be cheap, read in one sitting by compulsive Kindle readers, and then more or less forgotten about when they move onto the next 99 cent wonder. But the thing is, I’m very good at writing this kind fiction, and I have a lot of fun with it because I can do ANYTHING I want. It’s allowed me to grow as a storyteller because I can completely drop my ego and just write. I won’t say I can name my price when a publisher wants a thirty-thousand-word novella, but I know what I’m worth, and I’m not willing to budge below my price point, and neither should you.

The fact is, writing is like any other job. The more you do it, the better you become at it, the higher your worth becomes. And I’m not going to lie to you, earning a living as a writer is hard. It’s not coal miner in the 1930’s hard, but it will test you both mentally and physically. It’s worth it, though. Get it into your head that writing is not a short game, it’s long, and having the endurance to take what the long game has to dish out is what will make you successful.

I love the grit. Reminds me of the military: Do the job, then after the fact you can tell your story about how you or why you did it. But first, you must do the job. No one cares about the "I almost ..." or "I was gonna ..." people. They want to hear from the veteran who did it.

I find this endlessly fascinating, although I'd never want to do it myself.

Class Facilitator
ReneeAPickup from Southern California is reading Wanderers by Chuck Wendig May 16, 2016 - 10:49am

@Renee & @Richard - I'm over recognition. And, you know, I publish enough under my own name to feed the ego.

Fantastic article and a pretty good reflection of my past 6-7 years. I started out taking aything and everything and eventually got enough demand in two of those three "here"s above that I have been extremely fortunate to be selective with my projects (now doing mostly thrillers and MG stories). You also hit the nail on the head with the romance: while I don't enjoy reading it, they are CHALLENGING to write and, I believe, have helped me grow as a writer more than any other projects.