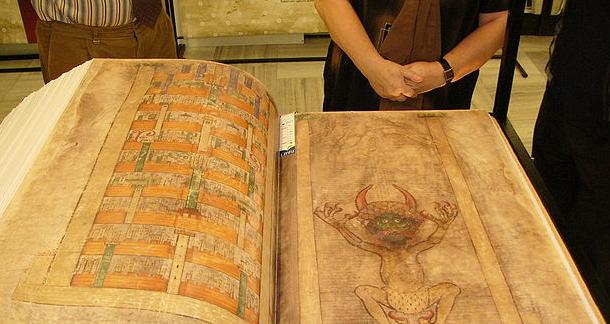 While writing about tiny books a few months ago, I discovered that people can be pretty possessive about superlatives, even when it’s a race to create something so small that it can’t be seen by the naked eye. As a result, it didn’t overly surprise me to find out that people are just as extravagant and competitive about the world’s biggest books.

According to our friend in these matters, the Guinness World Record website, the current largest book is titled This the Prophet Mohamed, unveiled in 2012 by Mshahed International Group in Dubai, UAE. The volume measures 16.40-by-26.44 feet, weighs approximately 3,306 pounds, and consists of 429 pages. Guinness states that over 50 people took part in the process of its creation, which was supported by the deputy ruler of Dubai. There seems to have been some kerfuffle regarding this label over the years, however, and if you type “world’s largest book” into a Google search, you’ll quickly find a few hits about EARTH, Platinum Edition, a six-by-nine foot atlas that was a project of Australian publishing group, Millennium House.

The Millennium House atlas was a product of the collaboration of over 100 cartographers and photographers, and used a process of stitching together thousands of images to fill its massive pages. Thirty-one copies were printed with a price tag of about $100,000. Despite this, it didn’t make the cut as the world’s largest book, having to settle for the title of world's largest atlas. Which still seems like an impressive feat, right?

In a statement to TODAYshow.com, Suzanne Gross, an official from Millennium House, wrote of the decision in 2010, “When is a book a book? If there is only one copy produced is it a ‘book’? ... Anyone can grab two huge planks of wood, hinge them together and paste in some paper and call it a book.” She added, “Platinum is not big because it can be. Platinum is big because it needs to be. That’s a book.”

EARTH, Platinum was competing with the largest book at the time, which was handmade in a tiny village in northern Hungary, weighs over 3,000 pounds, and requires six people and a special machine to turn a page. At 13.71-by-12.36 feet, it was made using traditional bookbinding techniques. The leather alone on this volume came from 13 Argentinian cows, and it doesn’t seem likely that planks of wood with some pages casually pasted in were a cumulative part of the process. Its creator, Béla Varga, said of his accomplishment, “I would rather cut one finger than make it smaller by five centimetres." 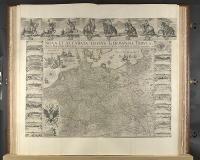 Before Varga’s book, one of the previous title holders for world’s largest book was a 5-by-7 volume of photos of Bhutan (which remains the largest book in the Library of Congress’ collection). If you’re noticing a trend in that these books seem to be growing in size at a somewhat exponential rate, you’re not imagining it. EARTH, Platinum, for instance, superseded the Klencke Atlas as the largest atlas, which was presented to Charles II on his restoration to the British throne way back in 1660. “All my traditional techniques for binding books are impossible," ACME Bookbinding President Paul Parisi was quoted as saying about the scale of the project when the Bhutan book was first created. And while Varga succeeded at making a very sizable volume with traditional techniques, it was clearly a mammoth undertaking that he stated could not possibly have been made larger. The advancement of imaging technology seems to be a component in paving the way for books to scale up.

It’s easy to think of books as a static and simple form, being composed of a front and back cover, a spine, and some pages, but books have changed regularly with technological advancements. The fourth century also saw a revolution in book production which made it possible to make books large enough to hold the entirety of the Bible in one volume. The codex (a group of such tablets tied or hinged together) eventually allowed for the development of bindings, which increased the longevity of codices versus rolls, and over time this would be recognized as a significant advantage.

Tiny books were often made over the centuries to hide or smuggle knowledge; obviously, giant books are usually created with the opposite purpose—to convey information to a large audience, to celebrate or scream information to their readers. Many of the largest books in history have been religious texts like the Codex Gigas, a Bible which may have taken up to 30 years to complete by the anonymous monk who authored it. You don’t undertake a project like that unless you are very bored or very passionate. The Klencke Atlas is another good example of why such a colossal book might come to exist. It was a bribe intended to spur King Charles into granting Johannes Klencke and his associates in a Dutch trading consortium special privileges and titles.

There are other metrics to look at besides the physical size of the book of course; there’s also page count. This isn’t much of a competition when you’re looking at “the smallest” superlatives on the opposite end of the spectrum—a book can’t be less than a page, after all, before it becomes not really a book. If you’re looking for the world’s “biggest” book in regards to number of pages, however, the victor is a name most readers are familiar with: Marcel Proust. A la Recherche du Temps Perdu, translated to Remembrance of Things Past by Marcel Proust, contains an estimated 9,609,000 characters (each letter counts as one character. Spaces are also counted, as one character each). So, if you’ve been trying to read Proust and unable to finish, at least now you have a fairly good excuse.

The Klencke Atlas is no longer just for royalty. Check out a timelapse video of its digitization here.

Header image of a facsimile of the Codex Gigas by Michal Maňas. Inserted image of the Klencke Atlas is public domain.

Get Remembrance of Things Past: Volume I at Bookshop or Amazon

LURID: Bible Bloodshed - 5 of the Goriest Episodes in Scripture

What's the Big Deal about 'Ben-Hur'?

It looks very powerful and impressive. I love books, this is my favorite hobby that fills me up and allows me to reboot. But lately, I'm busy preparing assignments and there is no time left for that. Now I'm preparing a work on the fight against crime, and it turned out to be not such an easy topic for me. But I can always get more info on this source because examples of work are helpful in preparation. Even with this topic, it became much easier for me to prepare, thanks to examples.