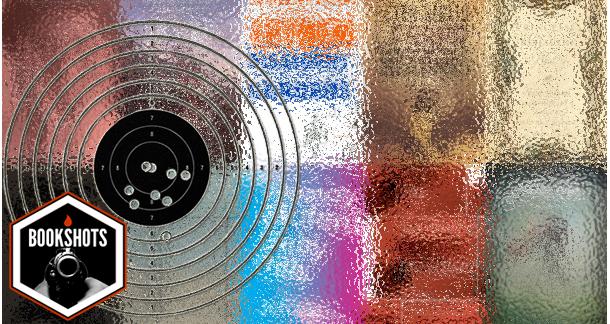 Book reviews are for me what shoe shops are to a foot fetishist: a source of terrible, yet wonderful temptation. I don’t lick the windows, but sometimes, I come close. When I set up Bookshots, I knew that posting all those reviews was only going to make that temptation stronger, but what I hadn’t counted on was just how seductively those reviews would read. Despite my many promises to family and friends that I would stay clean, sober and not buy any more books, these ten Bookshots reviews forced me over the brink and into the dark clutches of that many-breasted bitch-fiend, Amazon. 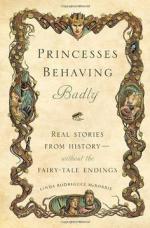 You can always rely on Quirk Books for insanely…er…quirky books (after all, these are the folks who brought us Pride and Prejudice and Zombies). Princesses Behaving Badly fits the Quirky manifesto perfectly. The book is a trenchant antidote to Disney’s attempt to force all eight year old girls into pink satin and twinkly slippers. The part of the review which really twanged my suspenders came under the heading of ‘Meet the Book’s Lead’:

“My favorite princess,” says Teeney, “was Olga of Kiev, who slaughtered the Derevlian people after they murdered her husband, and was later sainted by the Orthodox church.”

I have to know more about Olga. Sold! 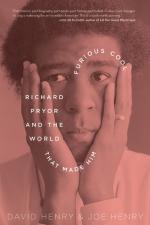 Not another celebrity biography! YES, but not of just ANY celebrity. This is a bio of the man they called ‘Dark Twain’: the man who grew up in a whorehouse, taught Gene Wilder how to truck in Silver Streak and set his own face on fire while freebasing cocaine.

Naturi didn’t have to work very hard to sell this book to me, but coming clean about the fact that she couldn’t think of anyone who could play Pryor in a movie apart from Pryor himself, that really got my creative juices flowing. Is Meryl Streep looking for a fresh challenge? Because I think she could really do the part justice….

In the basket it goes! Moving on. 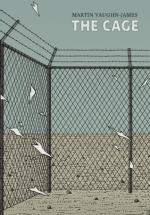 Temptation #3: 'The Cage' by Martin Vaughn-James

This had to be the toughest challenge a reviewer has faced in Bookshots so far. Our format dictates you have to name a lead character, say who would play them in a film, and explain the setting. That isn’t easy when you’re dealing with a book which, in the words of the blurb, ‘spurns narrative for atmosphere’. And how do you compare this ground breaking graphic novel (some say the founder of the form) with other works, when it’s arguably unique? Chris rose to that challenge triumphantly, citing Beckett as a comparison (when in doubt, always cite Beckett – no one understands his stuff, so no one can disagree with you) and, in a stroke of genius, naming Orson Welles as The Cage’s disembodied, omnipresent narrator.

And Chris had me sold when he said this in The Verdict: “Even Vaughn-James can't tell you what his book is about: in his own introduction, he calls himself an 'author orphaned by his own creation.'” 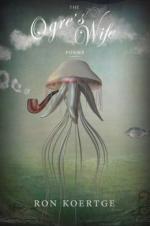 In Bookshots, reviewers have to give an alternate title for the book, the idea being that every title needs a tag line, and who better to supply one than someone who has actually read the work in question? Koertge’s book features a jellyfish smoking a pipe on the cover, which piqued my interest, but the inside contains poems, and I’ve never felt the same about those since I had to learn Keat’s Ode to Autumn by heart at school.

But this was Brian’s tagline: “So You Were Convinced Poetry Was Dead, Eh?”

Why yes! I was convinced poetry was as dead as poor old Keats and his ‘last oozings’ (read the poem). But now I’m not so sure…. 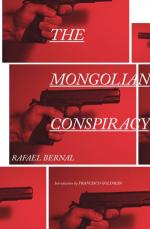 As newly minted books roll off the conveyor belt covered with sedulous hype, it’s a comfort in our novelty obsessed world to remember that people did actually write books before last year. One such author was Rafael Bernal, Mexico’s answer to Ed McBain, who by dying in 1972 more or less guaranteed that a whole forty years later nobody would have the faintest idea who he was or read his novels. Except that thanks to the nice people at New Directions, we now have a reprint of Bernal’s masterpiece, The Mongolian Conspiracy, ready to excite a new generation of noir enthusiasts.

And if we needed any reassurance about Bernal’s capabilities in the detective-fiction field, BH sets our mind at rest by making it clear that like all good crime The Mongolian Conspiracy has a plot as twisty as they come:

“The President of the United States is coming to meet with the President of Mexico. Soviet intelligence has just passed along a rumor from Outer Mongolia about a Maoist plot to assassinate one or both presidents. Determined to leave no stone unturned, the Mexican government enlists Garcia, a "private contractor" with "contacts” in the Chinatown underworld to investigate the conspiracy. Against Garcia’s objections, he also has to let an FBI consultant and a Russian agent “assist” with his investigation. They have three days to unravel the conspiracy before both presidents arrive in the crosshairs.” 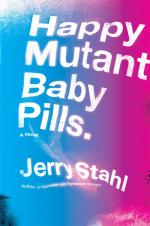 I’m just going to let Keith do the talking here:

“Unflinching is the word that best describes Stahl's style, which, for certain readers is going to make Happy Mutant Baby Pills a bit of an uncomfortable read. Because Stahl never looks away, not ever. From start up dating websites to the ugly perils of addiction to the Occupy movement, Stahl paints it all as base level opportunism; just another scam-within-a-scam painted with two or three coats of change and hope, repackaged, sent out to the American public for quick soundbite consumption, hoping that we all fill our bellies with it before we notice that the crisp, ripe apple we've just eaten is nothing more than the same old ball of shit that we've been fed time and again.”

After that, what option do I have but to fill my belly with some crisp, ripe Jerry Stahl? 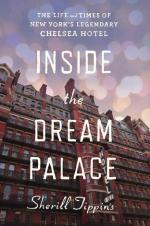 Temptation #7: 'Inside the Dream Palace' by Sherrill Tippins

I’d like to think that this book tempted me because I have a penchant for non-fiction and it is true that almost half my huge collection consists of books on such subjects as genetic mutation, the measurement of cadavers, and how long it takes to kill someone by putting them in a chest freezer (all important subjects). But what actually attracted me to this work about New York’s most famous hotel was the chance to catch a glimpse of 'slebs in their underwear. Edie Sedgwick lived at the Chelsea, and Arthur C Clarke wrote 2001: A Space Odyssey in one of its rooms. Leah nailed my need for vicarious satisfaction with this sentence in her review:

“The walls of the Chelsea have seen it all, from Jackson Pollock vomiting profusely on the dining room carpet to the drug-fueled murder of Nancy Spungen.”

When Jackson Pollock vomits, they call it Art. Clicking ‘buy’. 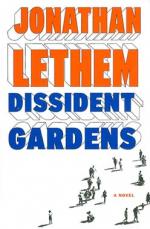 Now my family contains a number of Communists, as well as a smattering of Nazis, mathematicians, war heroes and nuns, so a good family saga about Communists who shag their cousins and have them offed by mobsters feels just like coming home.

Leah sealed the deal by noting that: “[Lethem] writes sentences that make you poke your partner (who is obviously reading in bed beside you — we are a reading community, no?) and read them out loud”

Any book which makes me poke my partner is a must. Added. 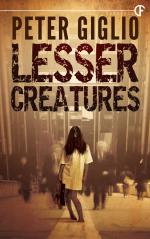 As Josh points out in his review, standing out in today’s overcrowded zombie market is not an easy task, and I have been known to turn from the groaning shelves of zombie books with a weary sigh of ennui. Yet his review of Lesser Creatures intrigued me by drawing comparisons to The Returned (which I loved) and hinting that this is a zombie book with a smarter twist than the limb crunching antics of most of the genre. Said hinting is summed up when Josh answers the question ‘Would I want to live here?’ with:

“I do not want to live in a world populated by zombies if I am not allowed to kill them videogame style sans repercussion.”

Aha! Not a shoot-em-up. KACHING! 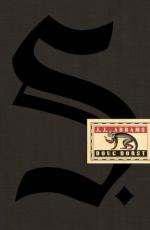 As everyone who listens to Unprintable will know, I am not a big fan of Cloud Atlas, so the book-within-a-book-within-a-book conceit of S. made me scent danger. My suspicions were further alerted when Ryan’s review mentioned part of the story being set on board a ship (like the first of Cloud Atlas’ six novellas). He also compared it to Lost and I thought I was safe.

But Ryan is no slouch. He said the one thing that was guaranteed to make my bookaholic hand grab the bottle, wrench the cork out with my teeth and down the contents with a single gulp:

‘But the most important lesson is this: the book in physical form may be an old, musty, stale idea, but it's still one of the most intimate and satisfying experiences one could have…’

Papery goodness. The smell of ink. Must. Own. This.

Amazon, when you have finished frisking my bank account with your voracious tentacles, you may bundle those up into as many deliveries as you like.

Which Bookshots reviews separated you from your hard earned monies?

Bookshots: 'The Bend of the World' by Jacob Bacharach

Joshua Chaplinsky from New York is reading a lot more during the quarantine December 16, 2013 - 1:39pm

Ha. Mine was supposed to have the opposite effect.

I'm glad my review inspired curiosity rather than a slow, silent backing away.

Did I mention David Lynch? He's a lot like Beckett too.

You should know by now Josh, that I will always do the opposite of what you tell me to.

Chris - I think I can hear Beckett spinning in his grave, but yes.

@Cath - as someone who tore through and loved The Goldfinch and am currently tearing through and loving Night Film (thanks Podcast!) you can prob skip Dissident Gardens.  Lethem is great and super-smart, but I would not prioritize his current effort over his previous ones.

Hooray for Bookshots and reading in general!!

I love the bookshots. Thanks for the digest!

Dwayne from Cincinnati, Ohio (suburbs) is reading books that rotate to often to keep this updated December 17, 2013 - 2:15pm

Now that you told him that, doesn't Josh control you by just telling you to the opposite of what he really wants?

Glad to be of service, Cath!

Now I wonder if we could talk Amazon into a little profit-sharing... ; )

Dwayne from Cincinnati, Ohio (suburbs) is reading books that rotate to often to keep this updated December 19, 2013 - 11:40am

Which, so far, would be zero.

Joshua Chaplinsky from New York is reading a lot more during the quarantine December 19, 2013 - 12:24pm

The Cage review definitely entices me. I've read a little Stahl and that sounds promising as well. And I'm going to check out S., no matter what anyone says.