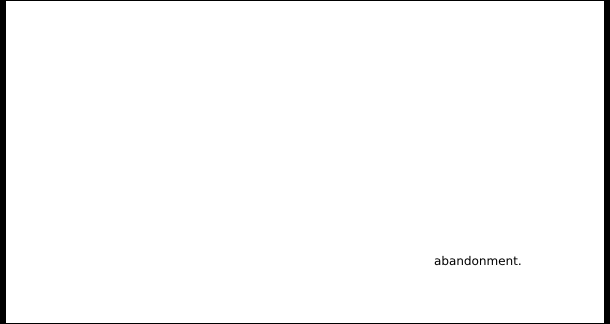 When I first started writing poetry, my focus was on imagery and how devices like metaphor, simile, and personification could help elicit a stronger reaction in my readers. I can’t tell you how many hours I spent (and still spend) writing analogies in my drafting notebook or scribbling down weird appearances that showed up in my dreams in hopes that one day, they’ll work themselves into a poem or be a soundboard for a doorway into something dark and surreal that ends up on the page.

On top of that, I also had—and still have—the show-don’t-tell mantra forever running rampant my in head, so while I’m juggling comparison and contrast, I’m also trying to be descriptive and vulnerable and truthful in my language, which—let’s be honest—is no walk in the park either. As a poet first and foremost, my goal is to create these visceral, raw pieces that are tactile and palpable, that make my readers squirm and gag all while marveling at the beauty that can be found in the grotesque. But because of the artform, I don’t have a whole lot of time to make that happen, so my words and my format and my syntax need to scream and fight in a way that my prose doesn’t necessarily have to. Something important, though, that the horror genre taught me is that there is a lot of power and fear in absolute silence, and as writers, this is a tool we all want to keep in our toolbox because as we’ve all come to find at one point or another, sometimes it’s when we say nothing that we actually say everything.

Poetry lets us bring our trauma, our love, our memories, and our bonds to the page in a unique way, and silence is great for teasing all of that out.

Now a few months ago, I wrote about the importance of the line, and I want to revisit that for a second before we talk about utilizing white space. There are two ways to describe lines in poetry: end-stopped and enjambed. If you’re working with an end-stopped line, that means you’ve created a full thought or phrase that stands on its own, almost like a complete sentence. However, if you’re working with enjambment, these lines are leading, they’re carrying your eyes over into the next line, usually with the help of commas, hyphens, colons, etc.

With that in mind, we can then start thinking about stillness, pauses, and the absence that lives within or around words and punctuation. If we’re writing an end-stopped line with terminal punctuation, that period is going to already give us a natural pause, and one that’s longer than a comma. An exclamation point will sing whereas a question mark will invite us to briefly meditate on what we’ve just read. Where spacing comes into play here is a bit more subjective in that it is an invitation to look at what’s around the line rather than just taking the line at face value. Furthermore, the possibilities widen here because everyone is going to interpret the white space differently. Some will pause quickly, unnerved by the silence, whereas other will sit in it, embrace it, and let it draw itself out. Essentially, the white space becomes an active ingredient in the poem, and it affects how fast we read, the tone we hear it in, and ultimately, how we process the piece.

Let’s look at the following for an example:

The creature howls.
Its voice a hollow drum,
an echo of abandonment.

The first line is described as end-stopped, and while the second enjambed line provides a fine structure for the rest of the stanza, there is a lot in the wording that isn’t being taken advantage of, especially in the word echo. When I think of an echo, I think of a long, drawn out sound, something repetitive even, and when you put that word up against a word like ‘abandonment,’ the encouragement for absence, for breath, for an increase in solitude, is almost screaming.

With that in mind, if we revisit the example above and inject white space into the stanza, we’ll see its form, shape, pacing, and mood all shift, which also changes our relationship to the poem and to the words that were singled out and transformed.

This version of the stanza both looks and feels different. It’s edgier, and there’s visible movement and avoidance in its shape.  I’ve used spacing to lengthen and mimic the word ‘echo,’ which depending on the reader, might be something they repeat while reading or be something they just internalize instead. I also abandoned the word ‘abandonment’ and set it off by itself so it can soak up the white space around it and entice us to think about times when we’ve been cast aside and left alone with nothing but ourselves. Again, this is forcing a connection, a collaboration between reader and word. What’s most beautiful about this—or potentially terrifying—is that this relationship is going to be different for everyone because my ‘abandonment’ might be different from yours and vice versa.  Poetry lets us bring our trauma, our love, our memories, and our bonds to the page in a unique way, and silence is great for teasing all of that out—for better or worse.

Either way, when I’m writing and experimenting with white space, I’m thinking about what I’m afraid to say, what I’m implying, what’s coming in as ambient noise, and how the space I take up with format, shape, and line affects the message and the reader experience.

Sometimes that happens on the page.

Sometimes that happens off the page.

Either way, the magic—the heart of the poem—forever lies in the in-between.

Get Brothel by Stephanie M. Wytovich at Bookshop or Amazon