The Maligned History Of "It Was A Dark And Stormy Night" 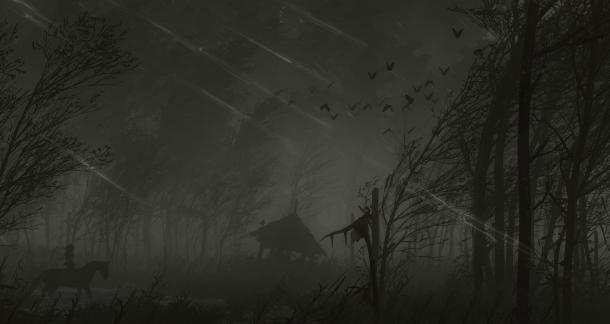 It is perhaps the most infamous opening line in literary history. Seven words so ubiquitous in popular consciousness they may as well have no origin; they have existed, strung together as such, for as long as humans possessed the ability to read, and likely much longer than that. An opening line older than time itself. Consider this anecdote from a Chicago Tribune article by Susan Campbell concerning one Charles Schulz, creator of the Peanuts comic strip, featuring Charlie Brown and his semi-human dog companion, Snoopy. The latter character frequently attempts to write the proverbial Great American Novel, but he can only manage to write the same opening line over and over, like Jack Torrance spilling his mad failed-author ennui onto the page. Campbell relates:

Schulz said that he didn't know the phrase he appropriated for Snoopy's thwarted attempts at literature was specific to any one author; he used it only because it was a standard pot-boiler opener that was always out there.

In addition to its appearance in Peanuts, "It was a dark and stormy night" served as the opening line to Madeleine L'Engle's A Wrinkle In Time and Ray Bradbury's Let's All Kill Constance; some translations of The Three Musketeers by Alexandre Dumas interpret its first sentence, "C’etait une nuit orageuse et sombre," as "It was a dark and stormy night," though literally translated, "stormy" precedes "dark"; furthermore, these seven words either opened, appeared elsewhere, or were satirized in numerous other books, comics, movies, TV shows, and even song lyrics. As such, this "standard pot-boiler opener," as Campbell referred to it, is a cliché now, and considered "the literary 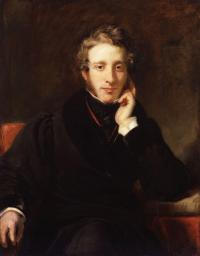 posterchild for bad story starters," as Writer's Digest writer Zachary Petit calls it. Any writer seriously using the seven words, "It was a dark and stormy night," in their fiction would receive instant rejection and outright ridicule.

But where exactly did this story-starter come from?

The line is most commonly associated with the novel Paul Clifford and its author Edward Bulwer-Lytton, who is credited with coining other popular phrases such as "the pen is mightier than the sword" and "the almighty dollar," among others. We'll talk more about Bulwer-Lytton in a moment, but first, it's important to acknowledge that while the author popularized "It was a dark and stormy night," he was not the first to use it. That honor goes to the esteemed 19th century writer Washington Irving in his 1809 satirical piece A History Of New York, a mock non-fiction book that "plays fast and loose with the facts, to uproarious effect," according to the blurb at Penguin-Random House. Irving does not use the line as a story opener, though it does appear as the first line of the fourth paragraph of the fifth chapter. He writes:

It was a dark and stormy night when the good Antony arrived at the creek (sagely denominated Haerlem river) which separates the island of Manna-hata from the mainland.

Fast forward 21 years, to 1830, and the publication of Paul Clifford, Bulwer-Lytton's tome set during the French Revolution, about a man living a dual life as a highway robber and a refined gentleman. It isn't clear if Bulwer-Lytton had been familiar with Irving's previous work, or if there were any other occurrences of the phrase prior to Paul Clifford. It seems likely there were, but if they are out there, they're apparently lost to history (or at least they aren't accessible via the internet, but awaiting rediscovery in some dusty library books not yet scanned for mass digital perusal). Regardless, it is Bulwer-Lytton's use of the line that catapulted these seven words into cliché and "bad writing" territory, though it should be noted that it's not these seven words alone that created such a bad reputation, but rather, the entirety of the novel's first sentence, which reads as such:

It was a dark and stormy night; the rain fell in torrents, except at occasional intervals, when it was checked by a violent gust of wind which swept up the streets (for it is in London that our scene lies), rattling along the house-tops, and fiercely agitating the scanty flame of the lamps that struggled against the darkness.

According to The Phrase Finder, this opening sentence has become the "archetypal example of a florid, melodramatic style of fiction writing," and "has become synonymous with the Victorian melodramatic style, of which Bulwer-Lytton's many works provide numerous examples." As such, in 1982, one Professor Scott Rice came up with the Bulwer-Lytton Fiction Contest, whereby participants attempt to write the worst opening line they can imagine, often parodying the author's "purple" Victorian style with long, twisting sentences and lots of verbs and adverbs.

But is this bad reputation entirely fair? Naturally, as it stands now, writers should probably avoid the opening line because it's overused, but is it inherently bad writing? That was the subject of a 2008 debate held in Lytton, British Columbia (named for the author), where Rice and Bulwer-Lytton's ancestor Henry Lytton Cobbold came to the defense of his great-great-great-grandfather. The Guardian writer Alison Flood reports:

'I'm off to defend his honour,' Lytton Cobbold said. 'Bulwer-Lytton was a remarkable man and it's rather unfair that Professor Rice decided to name the competition after him for entirely the wrong reasons. He was a great champion of the arts, and made such a huge difference to people in all walks of life…he was [a] politician, writer, playwright and philosopher.'

Defending Bulwer-Lytton's 'dark and stormy night', Lytton Cobbold said he believed that 'to have been the first person to have penned a cliché was a mark of genius.'

Of course, as stated above, Bulwer-Lytton didn't actually invent the line—the "Our Story" page at the contest's website asserts "that the line had been around for donkey’s years before Lytton decided to have fun with it," alluding to those mysterious other uses of the phrase between Irving and Bulwer-Lytton, and possibly even before Irving. But this fact aside, Lytton Cobbold does have a point. The sentence only mirrors the popular prose of the time, and even Rice, perhaps the author's fiercest critic, admits that "It was a dark and storm night" and their subsequent words might have even been a bit tongue-in-cheek, rather than a totally serious attempt at fiction writing. But even if it was serious, is the writing on display really so terrible? Antiquated perhaps, but inherently awful? Maybe not.

As another cliché popularized in the 19th century insists, "Beauty is in the eye of the beholder."