The Folkloric And Literary Roots Of La Llorona 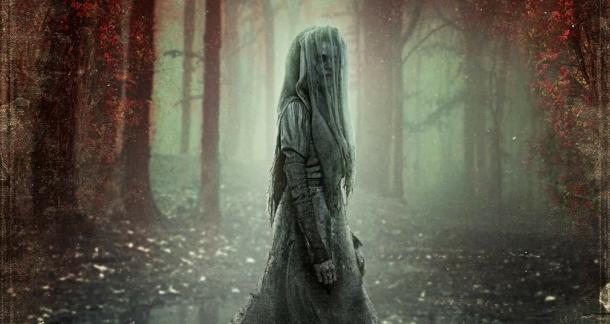 Out today from Warner Bros. Pictures, The Curse Of La Llorona tells the story of a woman bedeviled by a female ghost with her sights set on the woman's children. Since the film is produced by James Wan and set within the Conjuring universe of films—The Conjuring and its sequels, The Nun, Annabelle, etc.—the woman eventually turns to a priest as her only means of help (this film universe, much like The Exorcist and numerous other demonic possession or otherwise supernatural movies before them, are more or less Catholic propaganda films).

...while most depictions of La Llorona usually defer to the "evil woman" tradition...many storytellers paint the woman in a more sympathetic light.

And also like the Conjuring universe movies, The Curse Of La Llorona is "based on true events"—or rather, in this case, a timeless Mexican urban legend, also known as The Weeping Woman. Whether or not this eerie bit of folklore comes from any actual event remains to be seen, but the story is at least as old as the Spanish colonization of present-day Mexico and much of Central and South America.

There are numerous iterations of the tale, but they all more or less follow the same basic narrative arc: a beautiful peasant woman marries a wealthy man and births him at least two children (often boys, though the sex of the kids seems inconsequential). Soon after the children arrive, the man grows bored with the woman and eventually plans to leave her, sometimes for another, wealthier woman, other times for the drink and as many woman as he can lay hands on. The poor woman blames the children for her husband's disinterest, and in a fit of rage, drowns them in a river (sometimes she cuts them to pieces with a knife before tossing them into the water). Almost immediately, the woman feels intense remorse for her actions, and begins wandering the river bank endlessly, searching and wailing for her lost children (hence her name).

Based on which version you hear, La Llorona, now an angry and lost spirit, will either kill men, women, and children indiscriminately; or, she preys specifically on unfaithful men, using her beauty to lure them to the river bank, where she will kill them; or, perhaps most commonly, she targets children, eager to steal them away and keep them as replacements for the children she lost. Still other variations paint the children's deaths as an accident, with the no-less guilt-ridden La Llorona wailing her grief for eternity.

According to Mexico's official travel and tourism website, the oldest version of the La Llorona legend may have involved an indigenous woman marrying a Spaniard, a relationship she must keep secret and which leads only to heartbreak. Another variation casts the doomed woman not as a peasant, but rather as the goddess Chihuacóatl, who roams the landscape and cries not for her lost children, but rather for the loss of her nation and her people at the hands of the invading Conquistadors. And yet another variation, the anonymous writer notes,

says that La Llorona is actually Doña Marina, better known as La Malinche, Cortés’ lover and interpreter, considered a traitor to the Mexica (and the origin of the Spanish term malinchismo, used to describe people who prefer anything foreign to the homegrown variety).

In this way, while the story seems to have evolved into a bogey-woman tale told to children to keep them from wandering too far, the La Llorona legend began as a cautionary tale against trusting invading colonizers. Three prominent works, all titled La Llorona, capitalize on this aspect of the legend—Francisco C. Neve's 1917 play, Antonio Guzman Aguilera's 1933 novel, and Carmen Toscano’s 1959 one-act play.

Playwright Josefina Lopez also emphasized this polical aspect of the story in her 1995 play Unconquered Spirits, but with a decidedly more feminist perspective. Lopez aimed to de-romanticize the legend by drawing parallels between colonization and sexual assault against woman, which she notes often go hand in hand anyway. In her retelling of the story, the indigenous woman does not love and marry the Spaniard, but is rather his victim; she births twin boys as a result of his rape, and sacrifices them to the Aztec gods to strengthen her people as they fight against the Conquistadors, making La Llorona a story of women's oppression, rather than a mere campfire tale that demonizes "bad" women. In Lopez's work, the ghost isn't a bogey-woman, but a martyr.

It seems fitting, then, that many believe the La Llorona legend has its oldest roots in the story of Lilith from ancient Jewish folklore, which states that Adam had a wife prior to Eve who was too headstrong and opinionated for his liking, causing her to be cast aside in favor of the more submissive (but, ultimately, easily manipulated) Eve. For some, Lilith is now a demon, hell-bent on destroying all of mankind; but for others, she symbolizes the suppression of women as free-thinking individuals with agency, and we've seen several revisionist takes on the character, most recently in The Chilling Adventures Of Sabrina.

And while most depictions of La Llorona usually defer to the "evil woman" tradition—including in television shows like Supernatural and Grimm, as well as various feature films, including The Curse Of La Llorona—much like in certain versions of the original folklore, many storytellers paint the woman in a more sympathetic light. In Guadalupe Garcia McCall's 2012 fantasy novel Summer of the Mariposas, La Llorona appears as a tragic figure and a helpful spirit who guides the protagonists on their journey to return a dead man to his family in Texas. And the 2013 film Mama, directed by Andy Muschietti and produced by Guillermo Del Toro, presents an anglicized version of the narrative, recasting La Llorona as a troubled and confused spirit who only wants to care for a child, even if it means protecting the human children she's taken under her wing with extreme malevolence.

With the release of The Curse Of La Llorona, the legend takes on a new life and will likely reach a much larger audience (previously, her story was most prevalent in Mexico and the southwest United States). What new variations of the same tale might we see in the future? Will there be any more revisionist takes on the legend in the vein of Unconquered Spirits or Summer of the Mariposas?  In this writer's opinion, hopefully the answer is, yes.