Column by Christopher Shultz December 21, 2015
In: 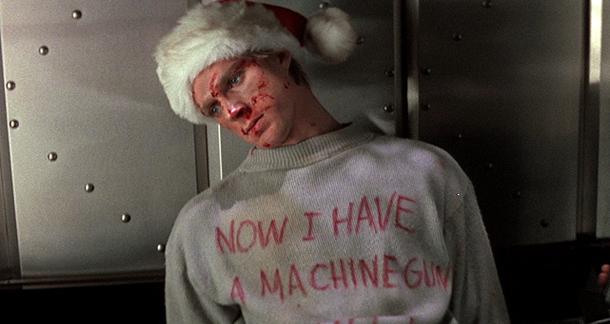 Have you got the Christmas blues and need a little respite from the madness that can ensue around this time of year? Looking for a ghost story to tell your loved ones on Christmas Eve/Day? Do you not celebrate this time-honored festival cobbled from the severed remains of other holidays, but enjoy a good, dark narrative? Then this list is for you. Whether you're in need of a classic holiday-themed action movie, a yuletide slice of cosmic horror, or a biting satire on Christmas's commercialization, you've come to the right place.

I'd like to give a shout out here to R. Clifton Spargo of The Huffington Post and Colin Fleming of The Paris Review, whose respective articles on strange Christmas tales introduced me to a few of the entries on this list. 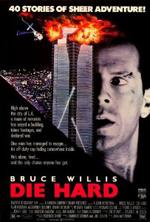 The past two years, I've debated whether or not I could justify putting this one on the list, as LitReactor is a site about writing, and the main appeal of Die Hard is its action sequences. But fuck that—this movie has a great plot, chock-full of solid beats and genuine surprises. All the characters are well-rounded, and our hero John McClane (Bruce Willis) has to crawl through Hell and back (almost literally) to save the day. There's a great subplot involving McClane's strained marriage to Holly (Bonnie Bedelia), who eschews typical damsel-in-distress-isms when she outfoxes the antagonists, a group of machine gun-toting terrorists with possible ulterior motives. Finally, the primary villain Hans Gruber (Alan Rickman) oozes sleaze and mustache-twirling eeeevil, sure, but he also displays a great amount of desperation and even, at times, humanity, making him far more complex than the genre demands. Plus, you know, shit blows up and it's a lot of fun. 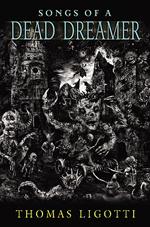 2. "The Christmas Eves of Aunt Elise" by Thomas Ligotti

This author's name alone is synonymous with superbly-written, labyrinthine and supernatural mindfucks, and his tale set on successive Christmas Eves spent at the titular aunt's somewhat secluded home is no exception. It's difficult to summarize anything by Ligotti, as his tales remain in your head like fragments of a dream from your childhood, so I'll let the man do the talking for himself for a moment, so you can get a sense of what he's about here:

In the corner of the main room, the one beside the front window, a plump evergreen was somewhere hidden beneath every imaginable type of dangling, roping, or blinking decoration, as well as being dolled up with silly bows lovingly tied by human hands. The same hands also did their work on the presents beneath the tree, and year after year these seemed, like everything else in the room, to be in exactly the same place, as if the gifts of last Christmas had never been opened, quickening in me the nightmarish sense of ritual forever reenacted without hope of escape. (Somehow I am still possessed by this same feeling of entrapment.) 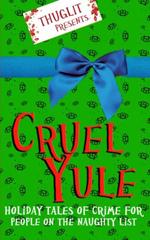 Subtitled Holiday Tales of Crime for People on the Naughty List, this collection of neo-noir fiction from Thuglit editor Todd Robinson features comedic, transgressive, and downright shiver-inducing tales from some damn-fine crime writers. Featuring LitReactor's very own Rob Hart, as well as Hilary Davidson, Thomas Pluck, Ed Kurtz, Justin Porter, and Angel Luis Colón, Cruel Yule is sure to please anyone looking for a little nog made from hard-boiled eggs. Pay special attention to the stories by the author's mentioned above, but also the Archer-esque "Feliz Navidead," starring CHINGÓN, The World's Deadliest Mexican. It is as ridiculous and hilarious as it sounds. 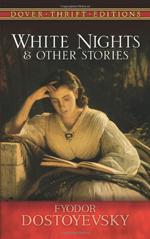 4. "The Christmas Tree and the Wedding" by Fyodor Dostoevsky

An unnamed narrator recounts a truly unsettling Christmas party, whereby he witnesses a greedy old monster lech upon his future bride, an eleven year-old with a dowry already worth 300,000 rubles. The man then assaults a poor housekeeper's son who has befriended the rich heiress; though never stated outright, it is clear the "respectable" man attacks him because the girl prefers the boy her own age to the creepy geezer. The festive backdrop provides an easy avenue for exploring greed and the robbing of a child's innocence—figuratively speaking. There's nothing outlandishly prurient here, though don't read this story if you like cheery, uplifting endings, cause Dostoevsky isn't Dickens. 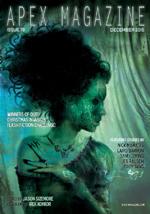 One of three winners of the Apex Christmas Invasion Flash Fiction contest (alongside "A Letter to Santa" by Melanie Rees and "Reconstituted" by Marlee Jane Ward, both of which are fantastic), this creepy tale is perhaps the very embodiment of everything this column is all about—dark, terrifying twists on traditional holiday narratives. As Grandi's story is only 250 words, it's a bit hard to summarize (and much easier to just read yourself—it'll be available to read for free online on December 23rd, or you can pick up December's issue now). Suffice it to say, you'll never look at Santa the same way again... 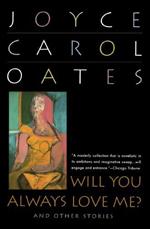 Oates's entry to the holiday canon is a tale of remembrance, with the narrator looking back at a moment from her childhood, echoes of the past haunting her present. It's the kind of story this author writes particularly well, and she applies this knack in spades here. It seems perhaps Oates's goal with this piece is to strip away some of the magic surrounding Christmas, or at least to show that it isn't all pleasantness and fond memories for everyone. As the narrator moves through her childhood home, now empty, and discovers a box for Christmas ornaments, Oates juxtaposes serene images of yuletide allure—the "red-swirled glass bulbs shaped like pears...and the frosted white ones with the glitter dust...the colored lights shaped like candles, the angel for the top of the tree with her pretty, painted on face..."—with the narrator's memory of the titular eve, in which her father, drunk and enraged, knocked over the Christmas tree adorned with the aforementioned ornaments, shattering several of them. The narrator compares this violent act to a rather quick boxing match she once witnessed, an event that happens "faster than you can see, so you have to invent what it was to account for one of the boxers down on the canvas, blood leaking from his mouth."

And this is only where the harrowing story begins... 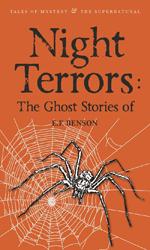 As the aforementioned Colin Fleming writes in his article Ghosts on the Nog, this oft overlooked Christmas bauble from 1912 channels Poe and predates Lovecraft with an unnerving supernatural tale of premonition and subsequent terror. A man recently stricken with pneumonia tells his friends how he came to nearly catch his death. It seems a year prior to falling ill, the man, while watching his wife and another friend play croquet on the lawn, fell into a vision of utter horror: the lawn and his surroundings transformed into "a low-roofed room, something like a cattle-shed, but round." He goes on to describe the spiritual oppressiveness of this "dreadful den":

Some dreadful atmosphere of crime and abomination dwelt heavy in it, its denizens, whoever they were, were scarce human, so it seemed to me, and though men and women, were akin more to the beasts of the field. And in addition there was present to me some sense of the weight of years; I had been taken and thrust down into some epoch of dim antiquity.

And it just gets weirder from there... 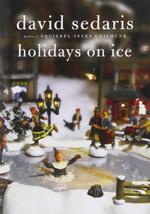 8. "The Santaland Diaries" by David Sedaris

Like Oates, David Sedaris strips away the taken-for-granted "Christmas magic" veneer, doing so with his patent sardonic wit. This piece explores Sedaris's time working in Macy's Santaland as Crumpet the Elf, a theatrical bringing to life of that aforementioned magic, which is anything but once you peer behind the scenes and witness the layers of cruelty, child abuse and all-around fakery. If you still thought mall Santa set-ups were joyous, you won't think so after reading this piece.

Or, if you'd rather have Sedaris read some of "The Santaland Diaries" to you, just head over to NPR, where this recording has become something of a holiday tradition. Also, the excerpt contains Sedaris's Billie Holiday impression, which is uncanny. 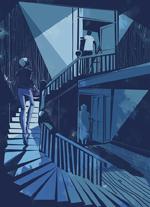 Published in 2013 exclusively for The Guardian's annual Christmas ghost stories series, "Stairs" tells of a modern woman haunted by a past that is not her own, one that might become her future if she isn't careful. Without giving too much away, Lively seems concerned with subverting typical women in Gothic literature—virginal, innocent and loyal to their husbands; her protagonist here averts tragedy by virtue of her ability to choose, her willingness to walk away from a life she no longer recognizes. Fittingly, the ghost of "Stairs" is barely more than a whisper, while the real monster of the story is all-too corporeal. A well-written and wonderful tale for anytime of the year, but particularly during Christmas.

(Note: The Amazon link below will take you to a collection of Lively's short fiction titled Pack of Cards, which does not feature "Stairs.") 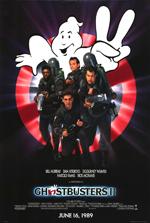 I know, I know, the sequel wasn't quite as good as the first and Bill Murray notoriously hates it, but Ghostbusters II definitely has more than its fair share of good qualities—the courtroom scene, for instance, is gold, with Rick Moranis once again uttering one of my favorite lines in the franchise:

Louis: Your honor, ladies and gentleman of the audience, I don't think it's fair to call my clients frauds. Sure, the blackout was a big problem for everybody. I was trapped in an elevator for two hours and I had to make the whole time. But I don't blame them. Because one time, I turned into a dog and they helped me. Thank you.

Plus, I'm a big sucker for movies set in New York City around Christmas-time. That city just looks sexy with overcast skies and snowy sidewalks (sorry to those of you who have to live through it).

If you enjoyed this list, be sure to check out my previous two columns, Fifteen Twisted Christmas Tales and Twelve Twisted Tales for Christmas, featuring even more Christmas weirdness. And be sure to mention your favorite dark holiday-themed narratives in the comments section below.