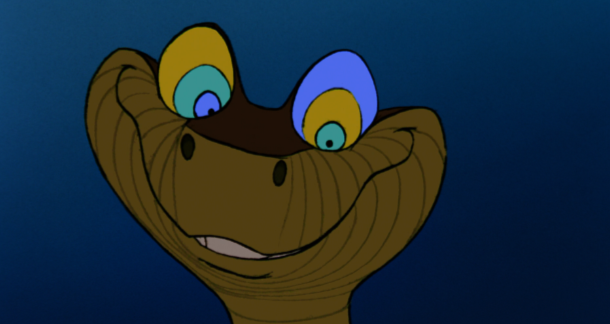 "Snakes. Why'd it have to be snakes?" —Indiana Jones, Raiders Of The Lost Ark

Well, Indiana Jones, snakes are awesome, that's why. So awesome in fact that there's a National Serpent Day, which we celebrate on February 1st every year. Sure, a lot of snakes will mess you up, but only if you mess with them first; more often than not, they just want to be left alone to mind their own business. Plus, they can help with pest control by gobbling up rats, mice, and other pesky insects. And finally, many of them are just really cute.

In honor of National Serpent Day and all the sneks and noodles out there, here are ten of the most memorable fictional snakes, in no particular order. 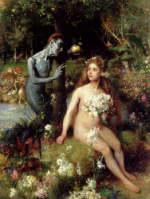 Technically speaking, the serpent that tempts Eve in the Garden of Eden was not Satan, or Lucifer, or the Devil (and even more technically, those are all three separate entities), but time and misrepresentation have melded all these figures into one. This character, moreover, is probably the main reason snakes get such a bad rap these days, given that he "corrupts" Adam and Eve through fork-tongued trickery—or, does he simply show them that knowledge, while not without its hardships, is better than ignorance and blind allegiance? Scholars and fanatics alike quibble over the true meaning of this transgression, but regardless, one cannot argue the cultural impact of this slithering instigator. 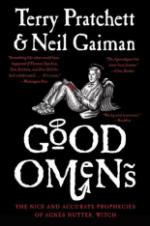 What was tantamount to a cameo in the book of Genesis turns into a full-fledged narrative arc for our Garden-bound Crawley, recast in Terry Pratchett and Neil Gaiman's hilarious text as a kind of burned-out rock star tasked with ushering in the apocalypse. Except Crawly—or Crowley, as he rechristens himself—isn't so keen on putting an end to his favorite earthly delights just yet. In 2019, Good Omens got a small-screen adaptation starring David Tenant as the snake man, and it was perfection. 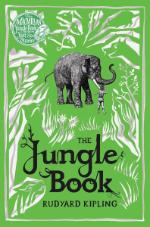 While many may primarily recognize Kaa as a villain from the Disney versions of The Jungle Book, readers of famous pro-colonialism author Rudyard Kipling cast this belly-crawler as a sympathetic character who helps Mowgli out of more than a few jams. More positive depictions of snakes will always win points for this writer, though Kaa's hypnotic song from the animated film is quite amazing (and Siouxsie and the Banshees's cover is epic). 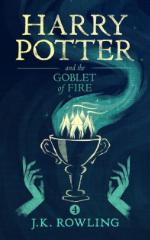 This lady snek made her first appearance in Harry Potter And The Goblet Of Fire, alongside her serpent-like master Voldemort. We later learn that You-Know-Who turned Nagini into a Horcrux, which is a nice way of saying he put a little bit of his soul into her. It's also revealed in the latter Fantastic Beasts narrative that Nagini was once a black lipstick-wearing circus performer, furthering J.K. Rowling's problematic depictions of Goths and "freaks" (to say nothing of her other, ahem, viewpoints). 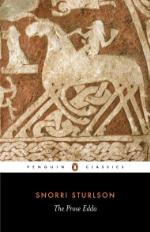 Son of Loki and mortal enemy of Thor, Jörmungandr is a giant sea serpent that grew so large he encircled the entire earth and chomped on his own tail (AKA an ouroboros). When he releases said tail, Ragnorak begins. Sadly, this big ass snake didn't appear in the film Thor: Ragnorak, nor is he featured in any of the MCU movies, though he does have a comic book counterpart, so maybe one day. 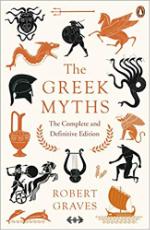 Man founds Thebes, slays giant serpents, then gets transformed into a snake alongside his wife, which is actually a nice thing for them. If you think about it, being a snake would be pretty great, particularly if you don't like interacting with most people. 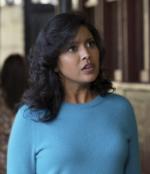 "I am a strong, independent acid snake in the skin-suit of a strong, independent woman." Vicky is one of the best side characters in a show filled with amazing characters all around. Her deeds early in the series are indeed serpentine (she's always slithering and spying and backstabbing), but if you've been keeping up with the final season, she's working on being a kinder, more ethical acid snake. 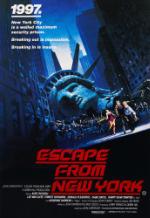 While consummately human in this film and its sequel, Escape From L.A., the character is the perfect embodiment of his namesake: solitary and fearsome, but ultimately a misunderstood hero who will help those in need...if they truly deserve it, that is. 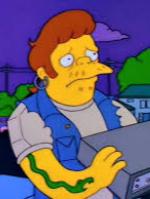 There's absolutely no reason for this character to appear on this list, other than the fact he's really funny and his name is Snake (possibly an homage to Snake Plissken, probably not). Remember when he steals a VCR, but upon inspecting his loot, exclaims, "Oh no, Beta!"*** Classic.

***Readers born in the mid-90s and after not guaranteed to get this joke. 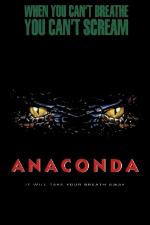 "They strike, wrap around you. Hold you tighter than your true love. And you get the privilege of hearing your bones break before the power of embrace causes your veins to explode." So sayeth Paul Serone, played with all the scenery-chewing might by Jon Voight in the 1997 film Anaconda. The titular noodle boy (or girl) is indeed a man-eater, but, you know, its just an animal surviving on instinct, whereas Paul is a sneaky scoundrel who screws over everyone around him just for the pleasure of getting eaten (and then spit out, and then he winks at J-Lo before dying!). So, like, who's the real anaconda here?

Got any other fictional snakes you'd like to shout out? Well, shout 'em out!

Is there somebody on here owning an anaconda and maybe could tell me a bit more about it?

I'm currently owning a bp, but im thinking about getting another snake. showbox

If somebody could tell me how a anaconda is behaving usps tracking as a pet snake that would be great!