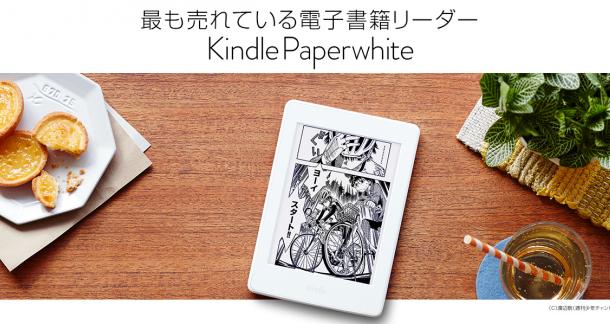 Hey folks, welcome back to another edition of LitReactor's monthly tech news round-up, whereby I'll talk about a few things in the technology world of special interest to writers. We've got stories about Google's less A.I. A.I. endeavors, a rumored function on the upcoming new MacBook Pros from Apple that might delight writers (if it's true), Amazon's manga-focused new Kindle, and a look at a new app that delivers great short stories straight to your iPhone, iPad or iPod Touch.

There's plenty of ground to cover, so let's jump right in.

Google Wants Its A.I. to Be Less A.I.

Among many of the tech companies ushering society closer and closer to Ex Machina or I, Robot territory is Google, who is actively seeking creative writers to better humanize their personal assistant technology similar to Apple's Siri and Amazon's Alexa. Here's a little bit more about what Google is looking for (quoted directly from a company job posting):

As a Creative Writer on the Doodle Team, words are your tools to build love and trust with our users.

Working closely with other writers, designers, engineers, researchers, and producers, you'll be working on a wide range of content for the Google assistant. Content will include a range of interactions, such as dialogue and instructions and will be delivered through various Google products.

Among the preferred qualifications, the posting also lists "Experience writing dialogue for plays/screenplays, fiction/interactive fiction, and/or comedy entertainment." That last bit of criteria is apparently inspired by the fact that most personal assistant A.I. technology tells really bad jokes. And apparently Google means business when it comes to making their assistant funny: Brian Heater of TechCrunch reports that they've already hired writers from The Onion and Pixar.

Think you could give voice to our new robot overlords?

While Apple is certainly playing its part in the advancement of A.I., a rumored new feature of the upcoming MacBook Pro refresh, slated for announcement on October 27th, is pretty analog by comparison. According to Business Insider, a new feature on the laptops might be an OLED strip along the top of the keyboard that replaces the "F" keys we've grown accustomed to over the decades.

This strip, which some are theorizing is called the "Magic Bar," would allow users to customize "buttons" for various tasks. This could potentially mean more efficiency in your day to day writing, since you'd be able to, say, program a button launch Microsoft Word or Scrivener, opening those programs with the single tap of a finger, rather than navigating to your dock or Applications folder.

We'll see if this rumor turns out to be true on the 27th.

For those of you hungry for an iteration of the Kindle that more caters to manga reading, Amazon recently launched a new version of its Paperwhite Kindle model in Japan that was built specifically with manga-reading in mind.

The new model sports much of the same specs as the current Paperwhite, but with 32GB of storage space to better accompany the graphics-intensive medium. How many manga books can this Kindle hold? Hundreds, apparently. The device also features a new "rapid page turn" function, "which is 33 percent faster than the page-turning effect on the regular Kindles," writes Valentina Palladino of Ars Technica. There's even "a two-page spread layout for viewing pages side-by-side."

This new device is certainly appealing to anyone that reads strictly black-and-white manga, as the Paperwhite does not boast a color LCD at this time. It's also only available in Japan at the moment, so anyone outside of the Land of the Rising Sun are out of luck. Whether or not a similar device—with, say, a color screen and the ability to read comics and graphic novels as well as manga—will ever launch in the U.S. remains to be seen.

The developers of this new reading app for iOS devices touts the software as "The Return of Short Stories." I wasn't aware they'd gone anywhere, though I suppose it is true that when most people are asked about great writing, they don't immediately think about short fiction. Novels constantly overshadow their brevity-focused brethren, so I welcome any attempt to shed more light on the format.

And Great Jones Street is an especially nice effort. It requires no subscription (at the moment, at least) and it offers a pretty extensive selection of fiction across multiple genres. I've noticed there are a ton of reprints from Nightmare Magazine, including one of my favorite Kat Howard stories "Returned," and Alyssa Wong's stellar "Hungry Daughters of Starving Mothers," so the app pretty much landed in my good graces immediately.

The stories are all presented with square thumbnails of artwork, giving users the familiarity of a streaming music service app like Spotify or Apple Music (the developers mention the former as a kind of inspiration on their website). While the artwork is quite gorgeous, the only downside is that the text on the thumbnail images are sometimes a bit too small for my atrociously bad eyes, making it difficult to navigate if I'm browsing their selection by author, rather than image.

Great Jones Street is also touted as offering stories you can read in one sitting. There's even a time estimation in the upper right hand corner of each story. Because of this, however, it doesn't seem that the app holds your place in a given story for very long, so if you run out of lunch time before you finish a story, you'll likely have to scroll and find your place again if you attempt to resume on the train commute home. Also, there's currently no syncing between devices, so if you start a story on the train that you want to resume reading at home on your iPad, you'll have to manually find your place in that scenario as well.

Despite these downsides, however, Great Jones Street is a pretty cool app all around, and definitely one worth checking out. Here's a nifty introductory video with a bit more information, if you're interested.

That's all I've got for this month. Be sure to let us know what you think about these stories in the comments section below. And, if you know of any products or tech news we should mention in this series, drop a line to tech@litreactor.com.

Joshua Chaplinsky from New York is reading a lot more during the quarantine October 26, 2016 - 7:54am

Great Jones St. is pretty cool. A whole bunch of LitReactor friends and family are gonna have stories on there (including THIS guy).

Damn. This is fascinating. The Great Jones St. blew my mind. How cool is that! I read this column last time and found out about a Scrivener class that might actually teach me to use the SOB. This time i find out about this incredible site. Thank you so much. To think, that people will read short stories on their phones and ipads....it kind of makes me a little teary eyed...and...

Damn. Maybe I'll get one of those phone thingies  or a smart pad. Having short stories live streamed like netflix is sorta kinda right down my alley.

Damn. I have to pay closer attention to you guys. (In my colloquial universe this means all genders, it means the whole darn schmeer of humanity, it means y'all.)

Have a good day. You've kinda sorta made my day. With regard, gsr