In my classes I talk about a lot of different ways to structure your stories and make them work. I talk about Freytag a lot—that narrative hook, inciting incident, exposition, rising tension, internal and external conflicts, leading to a resolution, change, and denouement. That’s very important. I also talk about writing across three levels to really appeal to the widest readership:

That’s body, mind, and soul right there. I also talk about large brush strokes and unique details—and that’s where I think the universal truths come in.

What universal truths can do is leave room for the reader to relate, allow them to find empathy and sympathy, and keep them nodding their head, as you try to get an emotional reaction out of them. It’s hard to find things in the universe that are TRUE, but I’ll try to list some examples below to show you how universal truths can help to make your stories a more rewarding experience, and allow your audience to embrace your narrative, while they (hopefully) have some visceral reactions. Let’s dig in.

I think that love is probably one of the strongest emotions you can write about, and one of the best ways to get your readers to react. Hopefully, everyone reading has fallen in love at some point in their life, so they can relate to that. But there are all kinds of love:

There is so much here. Would you be surprised if I told that a HUGE number of stories have love as the internal conflict? How many stories, books, television shows, and films have an internal conflict that basically boils down to wanting to be loved, seen, valued, and respected? Everything from Batman and Midsommar, to Breaking Bad and Of Mice and Men, to Come Closer and Moonlight. This is a great universal truth to work with. Tap into your own life and experience, and then expand it through the world around you—via friends, family, books, and film.

When it comes to your stories, think about those truths that have broad appeal, but are also personal to you, and your life.

Another universal truth is loss. We have all lost something (or someone) in our lives. It could be the loss of a valued job, the loss of a good friend, the loss of a great love, or the loss of somebody to death. So when you write about loss, no, your reader has not been to Mars, or shot through black holes, or battled werewolves in the desert (most likely) but they can understand the sacrifice of making a decision that will end up in loss or death, to benefit a loved one, or the death of one for the good of the many. Much like love, when we tap into that feeling of loss, we tap into what it feels like not just to lose, to fail, but to have something be gone forever. Sometimes it’s us, sometimes it’s them. I think of my story, “Repent,” and the decision the father has to make, and what the price is he pays to save his son. It’s that LOSS that really resonates. Not just to all of the fathers out there reading, but any parent, or any human being that can understand the ultimate sacrifice for somebody else. I think of films like The Eternal Sunshine of the Spotless Mind, or Leon the Professional, or (depending on how you interpret the ending), Inception. We’ve all lost, so this is a good truth to work with, in many ways, the opposite sensation of love, right?

I’ll build on loss with death. I know that death is used way too much in fiction. There are fates far worse than death, right? But death is the ultimate loss. When it comes to universal truths, look at your life and think back to all of those moments you’ve experienced, starting with the first. For me, it was witnessing a man plunge to his death off the St. Louis Arch when I was 13, that was my first brush with death in the real world. It was horrible, so much blood—a sheen as wide as a leg of the arch. Then it was losing a friend in college, who stole my fake ID, went down to the bars, and fell over a railing, drowning in a creek, in a foot of water. Then it was my grandma, who I loved very much, the only person in my family who would actually read my writing in college, so very supportive and kind. Later, my friend Martin would die prematurely at the age of 54, and would end up haunting me, his shadow at the end of my bed—so angry. My father passed away a few years ago of cancer, but they kept him on life support until I could come down from Chicago to St. Louis to say goodbye. I yelled at him, I thanked him for all that he did for me, and I told him I loved him. I cried. Somewhere in here, in my examples, maybe there is something that resonates with you. But be cautious of using death as a crutch.

So whether your family is a good one or a dysfunctional mess—it’s all we have, right? I had somebody recently ask me why so many of my stories were about families, and I thought, “No, that isn’t right.” Then I looked at my work and was surprised by how many DID have a strong family component—the previously mentioned “Repent,” for example, as well as “How Not to Come Undone,” “Chrysalis,” “Golden Sun” (in The Best Horror of the Year, co-written with Michael Wehunt, Damien Angelica Walters, and Kristi DeMeester), and “The Offering on the Hill,” for example. So when you talk about family, people know where you are coming from. If you have a more traditional nuclear family—with a mom, dad, sister, and/or brother—that’s one way to show it. Not to mention grandparents, aunts, uncles, etc. But you could also have two dads, two moms, there could be divorce, there could be an only child, or seven siblings. There are so many ways this family structure can be explored—in the successes, or more likely, the failures, abuses, and dysfunction. 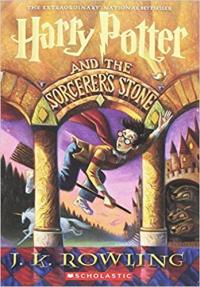 We all have some sort of education. I mean, it’s mandatory, right? So in the United States you at LEAST have grade school, high school, and maybe college. Outside the USA, educational systems are different. But I don’t think we would have reacted as strongly as we did to the Harry Potter books (screw you, JKR) for instance, if we didn’t understand what it felt like to take a test, that anxiety, the relationships we had, and those peer pressures, as well as all of the fun that was wrapped up in it as well—parties, friendships, learning, you name it. I also think of examples like The Magicians, Rage, Fast Times at Ridgemont High, Dead Poet’s Society, Carrie, The Breakfast Club, Clueless, and Good Will Hunting. Comedy, drama, horror, fantasy—whatever your genre, you can use education as a backdrop. Maybe it was a good experience for you, maybe it was horrible. But depending on the kind of story you are writing, you can use this required aspect of our lives as a key component, or maybe just a backdrop. Up to you.

This is a good one for horror, especially, but EVERY genre has conflicts, that we build into those internal and external conflicts. There should be anxiety, fear, worry, and uncertainty. What you can tap into are broad fears. We mentioned loss and death, but you can play around with so many fears. Not just specifically like in a fear of spiders, water, open spaces, mirrors, or sharp objects. But broader, deeper, more philosophical fears—the fear of the uncanny, the fear of impermanence, the fear of futility. So when you pair up a couple of these it can get really interesting. What is the fear in cosmic horror? I think it’s the fear that we are so inconsequential, that we have no chance in battling old gods, or ancient aliens, or something we can’t even comprehend. So having the evil, the monster, be something that cannot be defeated? That’s terrifying. Now, what usually happens is we FIND that Achilles heel, but that’s the story then, right? When I write a horror story I try to tap into so many different fears—that the evil is already here, inside the house (or your mind, or body); that the woods, the water, the beach are not safe places, and what’s coming you can’t anticipate or comprehend, but I’ll give you clues anyway; that the horror is you, and what you are about to do is either necessary or incredibly selfish, but it’s going to happen anyway, and how do you feel about that, how can you get out? It’s possession, it’s spirits, it’s the uncanny, it’s the unknown…and then it’s the KNOWN, oh GOD why did I want to know, WHY didn’t I run faster, and what the hell is that?

This is not an exhaustive list, it’s probably just the tip of the iceberg, but I tried to write about some universal truths that I not only use in my work, but think may be common in yours as well.  So when it comes to your stories, think about those truths that have broad appeal, but are also personal to you, and your life. That balance between using a large brush to slap on the paint that is your truth, with the scalpel that you use to sculpt, and trim, and hone the emotions, trimming away the fat—that can be a powerful experience. Best of luck!