Column by Christopher Shultz August 6, 2014
In: 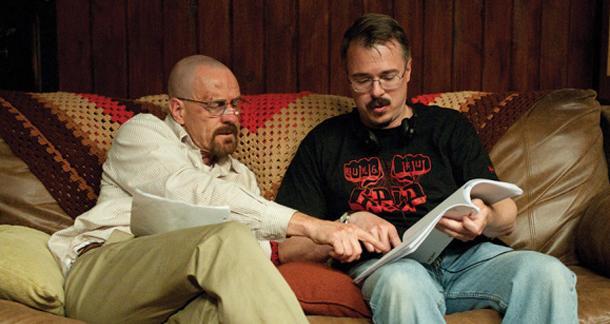 If you've studied film at all, you know about auteur theory. For the uninitiated, the concept originated in the pages of Cahiers du cinéma—a publication founded in 1951 by members of the French New Wave filmmaking movement, one of the first magazines dedicated to film criticism. The theory suggests that the director, above any other figure, is the sole creative force behind any given movie, imbuing his or her distinctive vision and voice into every aspect of production (sound, mise en scène, photography, etc.), to the extent their work is as identifiable as Faulkner's prose or Shakespeare's poetry (auteur is French for author). They pointed to the films of Alfred Hitchcock, Orson Welles and John Ford, among others, as prime examples of auteur theory at work.

Auteurism eventually leapt across the ocean and found a champion in American critic Andrew Sarris, who sung the theory's praises in Village Voice and influenced the likes of John Cassavetes, Martin Scorsese, Francis Ford Coppola, Brian de Palma and a host of other "American New Wave" writers and directors. But auteur theory was not an idea born exclusively from the writers of Cahiers: an earlier essay by filmmaker and journalist Alexandre Astruc, "Du Stylo à la caméra et de la caméra au stylo" (roughly translated as "The pen-camera and the camera-pen") advocates the same critical stance. Astruc wrote:

The film-maker/author writes with his camera as a writer writes with his pen. In an art in which a length of film and sound-track is put in motion and proceeds...to evolve a philosophy of life, how can one possibly distinguish between the man who conceives the work and the man who writes it?

Astruc's argument here—and later echoed by Cahiers and auteur theory—is that the contributions of screenwriters, as well as costume and set designers, cinematographers, editors, and so on, are by default credits to the director because he or she has final say on what does and does not appear in the finished film. Even in instances of studio interference, their voice and vision shines through (which is why, despite an atrocious ending and an absence of key scenes, The Magnificent Ambersons is still an Orson Welles film at the end of the day). In this way, we can look at the other people involved within a film's production as real-life equivalents of both the creative voices inside a prose fiction author's head and the various beta readers and editors who further help the author in shaping a singular narrative expression.

Things are a little different, however, in the world of television, where a slew of writers, directors, and designers come and go, sometimes contributing to multiple episodes, sometimes just one. In this environment, who can be identified as the primary auteur, the singular visionary putting his or her personal stamp onto the series as a whole?

That's easy. It's the showrunner.

If you're in tune with the inner workings of television production in any way, you've probably heard this term. The official title for this role is executive producer, but showrunner is used for a specific "EP" of a show's production team. Cindy Y. Hong from Slate explains:

...in an era of producer credit proliferation, those on set needed a new, shorter term to separate the person making final creative decisions from other producers. “You needed to know who the person to blame is, and who has the ultimate authority,” says Alex Epstein, author of Crafty TV Writing. “Showrunner” became natural shorthand for the person who literally runs the show.

Wikipedia summarizes the matter more succinctly (though without any citations):

Over time, the title of executive producer became applied to a wider range of roles, from those responsible for arranging financing to an honorific without any management duties. The term showrunner was created to identify the producer who held ultimate management and creative authority for the program.

More often than not (particularly these days), a series' creator enjoys showrunner status—after all, to quote John Glover's character from Scrooged, it is their "baby." Vince Gilligan conceived the juggernaut that was Breaking Bad, and so naturally he served as showrunner over the course of its five seasons. Same with Matthew Weiner, creator of Mad Men, as well as Joss Whedon (Buffy the Vampire Slayer), Nic Pizzolatto (True Detective) and Mitchell Hurwitz (Arrested Development), just to name a few.

But as hinted at above, while showrunners often write and/or direct the pilot and other episodes thereafter, most script and direction duties fall into other hands. Make no mistake, however: the showrunner's the boss, as evidenced by this Variety article by Janice Rhoshalle Littlejohn, in which numerous television directors speak candidly about their lack of total creative freedom.

So just what exactly do showrunners do? Let's turn to Scott Collins of the Los Angeles Times:

Show runners are "hyphenates," a curious hybrid of starry-eyed artists and tough-as-nails operational managers. They're not just writers; they're not just producers. They hire and fire writers and crew members, develop story lines, write scripts, cast actors, mind budgets and run interference with studio and network bosses. It's one of the most unusual and demanding, right-brain/left-brain job descriptions in the entertainment world.

In other words, the best showrunners micromanage. They throw every ounce of energy into their "baby" to ensure it offers substance and quality. They do all this because they have a vision, a statement to make, and these contributions are crucial to a series' success. Consider the NBC comedy Community, which suffered during its fourth season due to the temporary departure of its creator and showrunner Dan Harmon; when he returned for season five, the show was instantly back in shape. Season four was not the worst thing I'd ever seen, but it definitely lacked that certain creative spark that only Harmon could bring to the narrative. Think, too, about The Walking Dead, a series that has had three showrunners over the course of its four seasons. While the most recent season, under the helm of Scott Gimple, was quite good (minus the season finale), I didn't feel it lived up to the series' first six episodes, when co-creator Frank Darabont was still running the show.

The television showrunner is an animal more closely related to the novelist than he or she is to the filmmaker.

So what we're getting here is a further validation of auteur theory and, at the same time, a total subversion of it. Because unless the director is also the showrunner, it's impossible for that personal vision, that distinctive mark, to shine through production constraints. Directors (and writers too) must adhere to the showrunner's vision, and so it is the latter that leaves their distinctive mark on an ongoing series, and thus becomes the auteur, or author, in this instance. Staff writers, directors, cinematographers, set and costume designers, and other producers are, just as with filmmaking, embodiments of creative inclination and alternative viewpoints—roles occupied by readers and editors in the world of prose fiction, integral to the process of writing a book, but ultimately in service to the author, who makes the final decisions.

And yet, as closely related as the two mediums are, I would argue that showrunners are far more authorial (in the traditional sense of the word) than filmmakers ever could be. Some may view series such as Breaking Bad, Mad Men and True Detective as really long movies, but I see them more as novels for the screen. Television allows creators to dig deep into the psychology of their characters and explore complex narratives with greater leisure than film allows, and that is exactly what Vince Gilligan, Matthew Weiner and Nic Pizzolotto have done with their respective series (the latter, by the way, is also a prose writer). It's the same reason A Song of Fire and Ice works far better as a TV show (Game of Thrones) than it ever wood as a series of films, and why Neil Gaiman has opted for a long-running television adaptation of American Gods as opposed to one or two feature films.

I'm certainly not suggesting that all books are better suited for television—remember Carrie and Rosemary's Baby, both atrocious TV adaptations of books already translated pretty well into a two-hour format? Nor am I saying that filmmakers (or even playwrights/dramatists for that matter) are engaged with an inherently inferior medium. No, I'm simply saying that the television showrunner is an animal more closely related to the novelist than he or she is to the filmmaker. The best of them give audiences carefully plotted and character-rich long-form narratives that blend action with introspection, comedy with drama, good times and bad. The best prose fiction authors do the same thing.

Thoughts? What are some of your favorite TV shows? How do the showrunners impact the quality of those series? Can you think of other examples where new showrunners have made a series worse (Doctor Who, anyone)? Sound off in the comments section.