Shedding Hyperbole in the Post-Trump Era 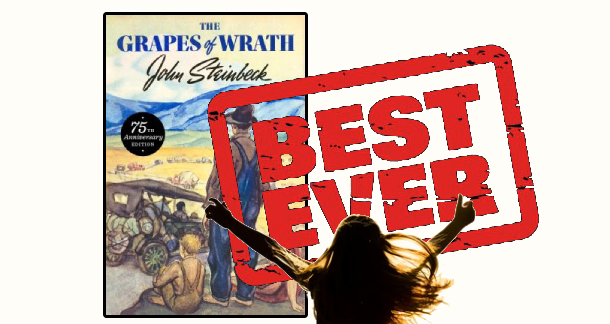 The following is not any kind of exclusive prep-school grooming for writers. Nor is it me censoring you or telling you how to express yourself. Nor am I alluding that writers are somehow more evolved than non-writers (in fact, we are consistently, if not uniformly, manic). However, if the shoe fits, I’d like to make the humble suggestion to find the confidence to wear it; especially considering you’re the shoemaker.

You’re a writer whose whole existence relies on the instinctual trust you have built with the careful words you have chosen. You have built an encoded paper trail that leads from the first moment you began constructing the odd sentence together to wherever you are right now; every word leaning on the last one before it like a precarious house of cards. And since we’ve grown confident enough to pride ourselves with our words, we’ve now signaled others to depend on them as well.

Yet still, we impulsively toss off words so flagrantly when interacting with others. We tend to give equal carelessness whether we’re expressing rage or advocating another’s exceptional work, and in turn, belittling our point of the argument or cheating the profundity of a piece we attempted to boost. When we lazily default to hyperbole, we project an abstract image — an outward exaggeration — of the matter at hand instead of going into the heart of said matter. In a way, when you compare this to the fine-toothed care we put into our writing, we are silencing ourselves; under the guise that because we attach three exclamation points to the end of our statement, we are being our loudest. But a lasting influence won’t necessarily be fueled by volume.

When we lazily default to hyperbole, we project an abstract image — an outward exaggeration — of the matter at hand instead of going into the heart of said matter.

According to Oxford, hyperbole is defined as exaggerated statements not meant to be taken literally. Less formally, I would say the funny thing about hyperbole is that… it’s funny. So, unless you’re flexing a poetic instinct with metaphor, hyperbole should only be used for comedic purposes — otherwise, you can’t expect others to take you seriously.

Now, considering we’re living in (what we can only hope is) a post-Trump world, it’s high time to reflect on that undisputed king of the empty, uninformed statement; and if you’ve got the guts, ask yourself if his ignorant omnipresence has seeped into your own poor communication habits, like:

How much are you thinking about a tweet before you rattle it off? Do you reduce the potency and meaning of your statement just to stay within 280 characters? Did you fuck grammar off in lieu of multiple exclamation points/question marks? Did you claim something to be the best or worst of all time? Did you compare someone to Adolph Hitler without regard to your friend’s great grandma who actually lived through the Holocaust, cheapening her historical trauma when the matter involves very contemporary problems? Did you refer to yourself as a victim of censorship simply because people have specific guidelines, tastes, or preferences how they spend their time? Did you share a news article fraught with tragedy/corruption just so you, a writer, could make the grand statement of “I CAN’T! I JUST CAN’T?” Did you explode at someone over text when you should have been leaving a message for your therapist? Did you reduce a complex matter into reductionist drivel because you don’t know how emotions work?

Wait! It gets worse, and then better — Did you just hear that CNN correspondent refer to the lights around the Lincoln Memorial Reflecting Pool as “an extension of Joe Biden’s arms embracing the country” and think, “I’m a waaay better writer, even journalist, than that guy who gets paid a mobster’s wage to spout Hallmark shit like that on a really poignant, historical day.”

I’d prefer to wager that you are. Unfortunately, hyperbole is an insidious habit that befalls us whether we’re on the light or dark sides of our exuberance, so God help us all.

When we mean Hell:

It could be argued that one way to define evil is one who’s unable to express themselves apart from their unchecked rage. As a result, their world narrows, they confuse their selfish desires with universal morality (in psychology they call it “splitting”), until others must incrementally submit to their mood in the red.

Writers tend to be born from discontent, often instability — the words we carefully stack act as foundation to make that shaky ground a little more stable. As we whittle down our manuscripts into the most meaningful potency, it should be a conscious effort to have those habits spill into our daily real-life discourse, especially then we are so convinced we are correct. Unless we want to just default to our whole lives being a vomit draft WIP — but last time I was on a dating app, for example, every lifeless avatar on there just claimed to be a work in progress in their bios instead of giving me something substantial I could chew on.

When we mean well:

Vaporous as it is, I’ve found the writing community extremely supportive and encouraging, though sometimes to a fault. A writer will selflessly use their own platform to boost another’s work, but will often go so over the top with hyperbolic claims that it has an adverse effect on the exceptional work, creating an immediate distrust in the potential reader. We lose out on a vital opportunity here: to, dare I say, describe the work. If we choose our words carefully enough, our descriptions will be testimony of why the work is being highlighted, creating an invitation to the reader’s honed sensibilities. Otherwise, we are cheapening both the work of the writer and the intelligence of the reader, the latter who will likely take their attention elsewhere.

On a grander scale — and because of the scale, they should have known better — two of my favorite writers of all time, Stephen King and Don Winslow, did this last year when they wrote tossed-off, vacant blurbs for the immediately maligned American Dirt. These blurbs helped kickstart the hype machine for the PR campaign, but once the condemning reviews were posted from readers who spent time really immersing themselves, those blurbs were held in rapid/rabid contempt — many even wondered if those two actually read the book. Winslow’s blurb, calling it “a Grapes of Wrath for our times” is worth special attention here: in fact, even a classic book is still a new work to those who have yet to read it. So, it might be a more accurate exclamation that “The Grapes of Wrath is actually The Grapes of Wrath for our times.”

You can quote me on that.

At the end of the day, you’re the only one in charge of your words, and for better or worse you can say whatever you want, however you want. But I have a strong feeling you became a writer largely because you held reverence for words, because you felt their influence and saw their full potential. So, it doesn’t hurt to occasionally to check in with yourself: Am I merely adding more hollow to the void?

Get The Grapes of Wrath at Bookshop or Amazon

Words to the wise.

Essentially want to state your article is as astonishing. The lucidity in your post is basically awesome and I could accept that you're a specialist regarding this matter. Well with your authorization permit me to get your RSS channel to stay up with the latest with impending post. Much appreciated and please keep up the satisfying work