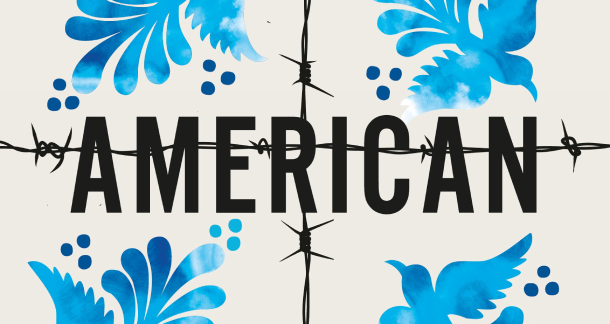 I'm sure you already read all the hot takes on American Dirt, the newest novel by Jeanine Cummins. You know what happened. You know she did some research and then told a torture story with problematic characters. You know her publisher, Flatiron Books, had center pieces with barbed wire at a book event. I won't talk about that anymore. What I'm going to talk about is this: American Dirt is just the latest suppurating sore; the result of a disease that runs deep in publishing. Let me break it down for you.

The hype machine is crooked and runs on money

We don't need someone born and raised in Nebraska who doesn't speak a word of Spanish and has never migrated or lived in exile to tell us about those experiences.

The only reason you heard about this book and not many others like Carmen Maria Machado's In the Dream House or Marcelo Hernandez Castillo's upcoming memoir Children of the Land, to mention two superb releases from Big Five publishers, is because Stephen King, Joe Hill, Julia Álvarez, John Grisham, Ann Patchett, the NYT, Elle, Time, Esquire, Vogue, and a ton of other authors and venues praised it. When was the last time that happened to a book from an independent press? You see, blurbs are a joke at that level. I'm willing to bet some of those authors ran with it and phoned it in without reading the book. The hype machine is crooked. Those at the top run with others at the top and play a game that perpetuates their status. Quality doesn't matter when you have moolah pushing a book. The hype machine runs on money, not on truth. It runs on the hype it can afford, not the hype it can earn. Success has nothing to do with talent. This is why independent/small press authors can't shut up about their books. The playing field isn't the same...and it's worst for minorities. A thousand days of hustle won't sell more books than one tweet from a big name or a positive NYT review. And only Big Five writers get access to that regularly. Oh, and not having reviewers of color (which make up only about 4% of all reviewers) is a huge part of the problem. Get me a gig at the NYT and see how many James Patterson books I review...

The #OwnVoices movement has been misinterpreted

We want more narratives about indigenous folks, African Americans, Appalachians, trans folks, writers with disabilities, and Latinx writers, to name a few. However, that doesn't mean we want those narratives to be written by the same folks who have perpetual spots on the bestsellers lists. I want to hear about the trans experience from a trans writer, not someone who read a few articles. I want to learn about the lives of other bilingual writers in their own words, not from the pen of someone who uses Google translate to write in atrocious Spanish. I said this on Twitter and I'll say it again here, without translation: Las narrativas latinas deben poseer autenticidad. Hay que entender el sabor amargo de otra lengua en tu boca. Hay que entender la soledad del exilio, la lanza en el costado del racismo, el sentimiento constante de otredad. Para hablar de lo que somos hay que ser lo que somos. As I also mentioned on Twitter re: the Latinx experience, which many venues confuse with the Mexican experience, is incredibly diverse. We need more narratives from Puerto Ricans, Mexicans, Hondurans, Venezuelans, Dominicans, Cubans, Guatemalans, Peruvians, Panamanians, Colombians, Chileans, Argentinians, Bolivians, and Salvadorans, to name a few. We don't need someone born and raised in Nebraska who doesn't speak a word of Spanish and has never migrated or lived in exile to tell us about those experiences.

Marketing is not a thing for indie presses

Can someone tell me how I get Oprah to notice my book? Can I send her books written by my LGBTQ+ friends who publish with small presses? How does it work? Oh, I need people. Contacts. Copy that. What? A whole marketing and PR department as well? Ah, got it. Nah, I'm out. I'm struggling to pay my bills as it is. Yeah, bummer.

American Dirt will fade into obscurity or it will go down as a very messed up bestseller. It doesn't matter now. What matters is that it'll happen again. Next time it'll be a dude who never left New York and was born into wealth telling us about growing up poor in Appalachia, or a a woman with an MFA and a million-dollar book deal whitesplaining life as a single black mother in poor country, or someone who's never migrated or worked with undocumented citizens or taught undocumented kids or ever met a Mexican telling us about how they struggle to survive in Texas or California, or someone with seventeen writing awards and a superb agent telling us about the struggles of a gay guy growing up in a shitty small town. And we will scream again. And no one will give a shit again. And Oprah will use the book in her club and Big Names will blurb it without fucking reading it. And when I say minorities have to work harder than others to succeed, a thousand racists, all of them bad writers or unpublished, will correct me, tell me how publishing works, and then tell me that minorities don't have to work harder, that my work just sucks...and that I need to work harder.

Yeah, the problem with American Dirt is much deeper than American Dirt. Let's keep screaming. Maybe one day they'll listen. In the meantime, go read those who aren't getting backed by the hype machine.

Kris Peterson from far northern California is reading The Sea Came in at Midnight January 27, 2020 - 4:01am

What a subtle but powerful way to make your point. With "la lanza en el costado del racismo," you are invoking the Spear of Destiny, no?

There are only two ways to take this article.

One, don't write about anything unless you actually lived it.

Two, don't write about certain subjects we deem special via political correctness unless you actually lived it.

Either way, it's bullshit. Virtue signalling ally labeling self loathing bullshit. Here let me give you some actual, worthwhile advice that has nothing to do with an SJW view of the world...

Whatever you write about, do it well.