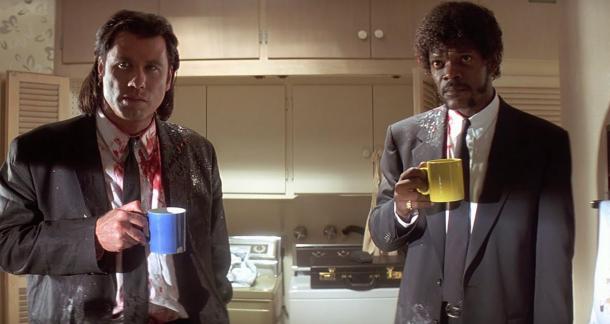 Last month I explored five movies that influenced Quentin Tarantino’s feature-length debut, Reservoir Dogs. This month I’m turning my attention towards his second feature movie, Pulp Fiction. The commercial and critical success of Reservoir Dogs has been huge. Amongst its accolades it was named one of the greatest screenplays of all time by the Writers Guild of America, West and was the first independent movie to gross over $200 million. Not only did it win an Oscar for Best Original Screenplay but in book form its screenplay became the most successful in UK publishing history (you can still pick up the screenplay from Amazon here). It’s no secret that Pulp Fiction was inspired by pulp crime fiction writers—the clue’s in the name—such as Raymond Chandler, Mickey Spillane and Dashiell Hammett, but, as is typical of Tarantino, there are also a number of movies that have influenced or inspired Pulp Fiction. So with that said let’s take a closer look at some of them. 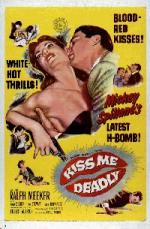 In Robert Aldrich’s 1955 film noir drama, there’s a glowing suitcase MacGuffin. Tarantino apparently nods towards it as hitmen, Vincent Vega (Travolta) and Jules Winnfield (Jackson), pursue a similarly glowing case. In Pulp Fiction, ‘666’ is the lock’s combination, so it could be argued there are nods towards Iron Maiden and Satan himself, too. Unlike Kiss Me Deadly—where it’s eventually revealed the suitcase contains nuclear material—there is never an explanation as to what is inside the Pulp Fiction suitcase. For those looking for a definitive answer you’re out of luck, but here’s what Pulp Fiction co-author, Roger Avery, said in Roger Ebert's 1997 book Questions for the Movie Answer Man:

“Originally the briefcase contained diamonds. But that just seemed too boring and predictable. So it was decided that the contents of the briefcase were never to be seen. This way each audience member would fill in the blank with their own ultimate contents. All you were supposed to know was that it was ‘so beautiful’. No prop master can come up with something better than each individual’s imagination. At least that was the original idea. Then somebody had the bright idea (which I think was a mistake) of putting an orange lightbulb in there. Suddenly what could have been anything became anything supernatural. Didn’t need to push the effect. People would have debated it for years anyway, and it would have been much more subtle.”

Tarantino maintains that any resemblance to Kiss Me Deadly is purely coincidental, but then again he also trolls us with regards to the contents of the briefcase in his Artist on Artist interview with Robert Rodriguez (follow the link and see what happens at 2:12).

Tarantino also stated in a May 1994 interview with Sight & Sound that Kiss Me Deadly inspired Butch’s character, so the idea that the briefcase is ‘purely coincidental’ seems off. Here’s what Tarantino said, as reprinted in Quentin Tarantino: Interviews, Revised and Updated edited by Gerald Peary:

“I wanted Butch to be a complete fucking asshole. I wanted him to be basically like Ralph Meeker as Mike Hammer in Aldrich's Kiss Me Deadly. I wanted him to be a bully and a jerk, except that when he's with his girlfriend, Fabienne, he's a sweetheart.” 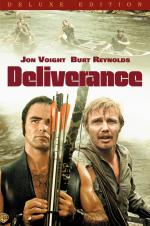 One of the most notorious scenes in Pulp Fiction is the ‘gimp scene’ whereby boxer, Butch Coolidge (Willis), and gangster, Marsellus Wallace (Rhames), battle each other into a pawn shop and later find themselves imprisoned and tied to chairs in the basement of said shop. The shop’s owner, Maynard, enlists the help of security guard, Zed, who’s clad in bondage gear and ready to rape both prisoners. This—and the subsequent rape of Marsellus—serves as a homage to John Boorman’s 1972 thriller, Deliverance, famous for its graphic male rape scene in which one of the mountain men (Bill McKinney) attacks Bobby (Ned Beatty) and famously orders him to “squeal like a pig”. Tarantino said, in an interview with Rolling Stone:

“Part of the fun of Pulp, is that if you’re hip to movies, you're watching the boxing movie Body and Soul (1947) and then suddenly the characters turn a corner and they’re in the middle of Deliverance. And you're like, ‘What? How did I get into Deliverance? I was in Body and Soul, what’s going on here?’”

Of course the rape doesn’t quite go to plan and Butch avenges Marsellus’s rape with a katana. This, too, is a homage as the script instructs Butch holds the weapon ‘Takakura Ken-style’, a reference to four-time winner of the Japan Academy Prize (more than any other actor) and star of movies such as Too Late The Hero, The Yakuza and Black Rain, Ken Takakura. 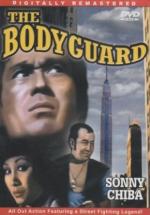 Jules Winnfield frequently recites Ezekiel 25:16, “and you will know my name is the Lord when I lay my vengeance upon thee,” though it’s not actually taken from The Bible. While the final two sentences are almost identical to the cited Bible verse the first two are fabrications from other biblical phrases. The real influence is the 1973 (1976 US release) Japanese martial arts movie starring Sonny Chiba, Karate Kiba (known to US audiences as The Bodyguard). It opens the movie and even attributes Ezekiel 25:16 to the fabricated quote, the only difference is that instead of “my name is the Lord” Karate Kiba says “I am Chiba The Bodyguard”.

“That passage was used once in a Sonny Chiba martial arts movie. I watched the movie … The Bodyguard, all right … And it was … said just the way Sam Jackson says it … the path of the righteous man, you know, it's just all very bad ass.”

There are many other movies, books, and songs that have influenced, inspired, or even been nodded towards in Pulp Fiction. While there are too many to list here let’s look at a few.

Which movies and books do you think most influenced Pulp Fiction? See you in the comments.