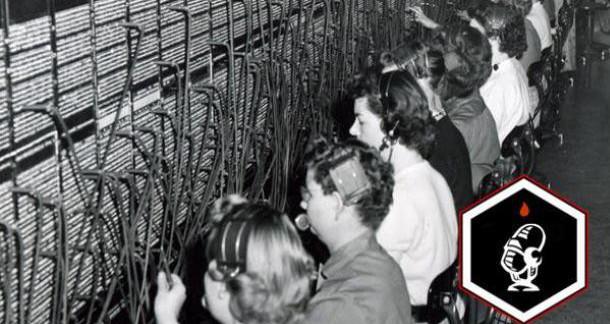 You may have noticed that we're trying out some new things here at LitReactor (some of which are covered below). In this monthly column, I'll be looking to advertise what's going on in our community. I aim to keep things dynamic, so if you have suggestions on how I might improve this column, please feel free to drop them in the comments. My goal is to keep you informed about what's happening in the LitReactor enclave and highlight the accomplishments of our members.

When I took on my new role as Community Manager, I started a thread designed to relay cool information to our members and give you a sneak peek as to what new things we're cooking up.

No, not meth. Not good meth, anyway. Instead, we made two awesome announcements.

First, we created a new submission form for our members. If you have something you want to show off, such as a book publishing, a sale, a new agent, or something like that, then you can send me the details and I'll showcase you in this very column. Everyone featured in the member spotlight below took advantage of this feature, so why haven't you?

Second, as you probably already know by now, we've officially launched our third LitReactor contest, ARREST US. The genre: crime. The prizes: amazing. The participants: you*.

**Except aloe. LitReactor's lawyers won't tell me why, but I had to add that.

Since this is the first time we've specifically called out cool threads from the forums, I'm going to target our most popular and longest running. Afterward, I'll be looking to highlight mostly new threads. If you feel like your thread is sufficiently awesome enough to warrant inclusion, shoot me a PM and it may show up in the next monthly roundup.

By far our largest thread, the Word association game is simple. You see what the last word posted was, then type the first word that comes to mind. So, the first word in the thread was "Lights", the second was "Camera," and the third was "Photo." It's simple enough, but has endured in popularity from the very earliest days of LitReactor. If you're creative enough, this could be an interesting way to prime your brain for some short stories or flash fiction pieces.

Though it's not specifically stated in the first post, this random and stream-of-conscious thread goes wherever it goes, and whoever gets the last post wins, I guess. Just in the first page, we've covered celebrity crushes, zombie weapons, favorite sodas, and something about the nature of innocence. Another vintage LitReactor thread.

Hey, look, it's my own thread! Don't judge me. The Game of Threes was a writing exercise I created for those times when you only have a few minutes and need to exercise your writing muscles. Each prompt is three words. Choose whichever one you like, and write roughly three paragraphs in response. Then, at the bottom of the post, post your own three words. People seem to enjoy it, so why not give it a try?

Where do you write? A desk? A table? On a stone tablet? With smoke signals? Much like "shelfies", a writer's workspace can tell us a lot about their thought process and whether or not we'd ever want to meet them in person. Show off where you make the magic happen.

Every month, I will compile a list of those who sent me their accomplishments through the form submission page and post the results here. If you want in, then do something amazing and tell me about it. You get the free publicity, and I get to brag about how awesome our community members are. The order of the list is decided by which submissions I get first, so get on it!

Angel recently crossed that glorious line between "writer" and "published writer." If you happen to check out the May/June issue of Thuglit, you'll see Angel's story, "Dinner Rush." Even cooler, he's let us know this story was put together during a LitReactor class, 200 Proof Storytelling with Craig Clevenger.

Angel Luis Colón has landed ass first into crime fiction and is taking a shine to it. His work has appeared in multiple journals, including: Thuglit, Shotgun Honey, Out of the Gutter (The Flash Fiction Offensive), The Molotov Cocktail, and Revolt Daily. He hails from the Bronx and works in NYC, but is currently exiled to the wastelands of New Jersey working on his first novel, Hell Chose Me. 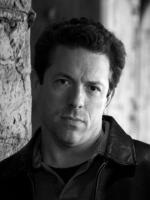 Richard is probably one of the busier LitReactor members. He's a writer, publisher, columnist, class instructor, editor, and by night has been known to fight crime. Earlier this month, he debuted The New Black, a collection of dark fiction short stories he edited that's getting attention from some very cool places. You may notice some familiar names, such as Craig Clevenger, Nik Korpon, and Stephen Graham Jones. In fact, it's so awesome that we selected it for our book club this June. You still have time, so buy it and come join the fun.

Richard Thomas is the author of five books—Disintegration, Transubstantiate, Herniated Roots, Staring Into the Abyss and Four Corners. His over 100 stories in print include Cemetery Dance, PANK, Gargoyle, Weird Fiction Review, Midwestern Gothic, Arcadia, Pear Noir, Chiral Mad 2, and Shivers VI. He is also the editor of three anthologies out in 2014: The New Black (Dark House Press), The Lineup: 25 Provocative Women Writers (Black Lawrence Press) and Burnt Tongues (Medallion Press) with Chuck Palahniuk. In his spare time he writes for The Nervous Breakdown, LitReactor, and is Editor-in-Chief at Dark House Press. For more information visit www.whatdoesnotkillme.com or contact Paula Munier at Talcott Notch.

Max is one of our newer columnists here at LitReactor, but he already has one novel behind him and another is set to arrive in September of this year through Kraken Press. Earlier this month, the cover of the new novel The Mind is a Razorblade was unveiled, and yes, it looks as cool as the title would imply. From the press page: A story of identity and redemption, satanist cults and funny bunny slippers, THE MIND IS A RAZORBLADE is the deformed lovechild of PHANTASM and THE BOURNE IDENTITY.
Max Booth III is the author of TOXICITY and THE MIND IS A RAZORBLADE. He also co-founded Perpetual Motion Machine Publishing. Follow him on Twitter @GiveMeYourTeeth and visit him at www.TalesFromtheBooth.com.

Remember that our community spotlight section is only featuring those who send me their info through the community submission form, so if you want to be featured in the June installment, make sure you visit the submission page! Also, don't forget that the Arrest Us contest is accepting submissions beginning June 2nd and accepts entries through July 1st, so it's not too late to start thinking about a story.

Again, I am open to suggestions on things we can add to this newsletter, so if you have any suggestions, please let me know via the comments or send me a PM. See you in June!

Nate, I love this. Keep it up.

I'll be sure to keep up, so that's where it is.

I might drop a line or two after I revise and edit MuralJack.

I may be biased.