LitReactor Staff Picks: The Best Books of 2018 - Part I

Column by Joshua Chaplinsky December 7, 2018
In: 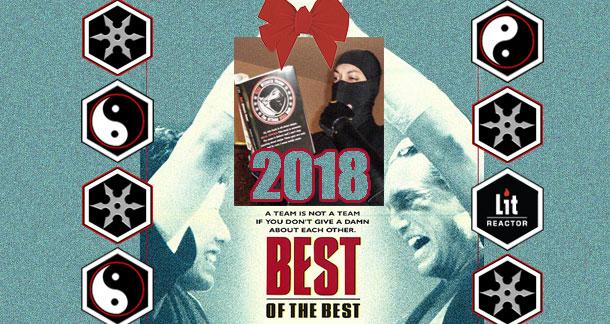 Another year has come and gone. You know what that means, don't you? Time for a bunch of strangers to tell you what was good! And why should you care what the LitReactor staff thinks are the best books of the year? Trick question! You shouldn't. But what they have to say might interest you nonetheless, because they are good-looking and knowledgeable and they read like the wind. So for those who care, we submit for your approval/derision some of LitReactor's favorite reads of 2018 (part 1).

Not all of these books were published this year. We figured if someone read a book for the first time in 2018, they deserved the opportunity to crow about it. 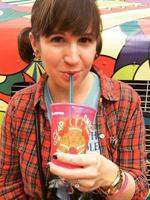 There's a pure brutality to Paul Tremblay's latest, a relentless quality that shoves the reader deeper into this dark, weird scenario with no happy endings in sight. It's not an easy read, but you still won't be able to stop reading it. [My review!]

'I'll Be Gone in the Dark: One Woman's Obsessive Search for the Golden State Killer' by Michelle McNamara

McNamara does something extraordinary with the hoary old true crime format, inserting herself into the mystery of the Golden State Killer (a name she gave him) and delivering an intimate, breathtaking story. McNamara's sudden death during the writing of I'll Be Gone in the Dark is tragic, not least because she didn't live to see the Golden State Killer caught just two months after it was published — but her legacy is assured with this brilliant book. [LitReactor Review] 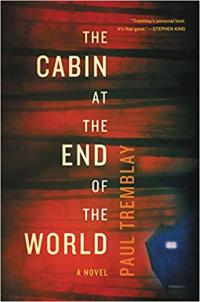 Special Topics in Calamity Physics' and Night Film's Marisha Pessl takes a stab at YA and treats it with the same gorgeous, twisty lack of convention as her grown-up novels. I flew through this book in a day, so hopefully it won't take another four years for another title from its author.

'The Outsider' by Stephen King

The Outsider reads like vintage King, with a riveting mystery that tickles your brain and folksy, lived-in characters. The ending goes a little sideways, but by the time it does, you'll be so invested you'll barely even mind.

'The Witch Elm' by Tana French

Tana French returns to form with her latest mystery novel, which both stands apart and remains intertwined with her remarkable Dublin Murder Squad series. As with all her books, The Witch Elm is elegantly plotted and steeped in gut-wrenching examinations of a flawed world.

'Not that Bad: Dispatches from Rape Culture' edited by Roxane Gay

A collection of beautifully-written, utterly harrowing essays. Should be required reading for all boys in freshman year of high school.

'There, There' by Tommy Orange 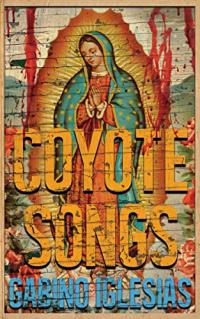 'Jar of Hearts' by Jennifer Hillier

I started this on a long plane ride, thinking I would read a few chapters and then take a nap. I did not stop until I was done.

Gabino's prose grabs you by the scruff of the neck and pushes you face-first into the places you like to pretend don't actually exist. [Gabino on Coyote Songs]

As a parent, here is my review: Oof. Another home run from Tremblay. 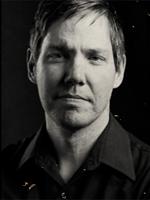 Didn’t get to tackle all of the books that I wanted to this year, but still came across some outright beasts. Heartily recommend all of these.

A funny, scary, all-too-real dystopian novel about a group of women on the Oregon coast and how their lives intersect and collide when abortion is banned and adoption requires a mother and father, exclusively. Moving and smart.

Funny, well-written and surprisingly deep send-up of Saturday morning cartoons, complete with ghosts and monsters. Proof once again that merging genre and literary fiction can create some truly wild shit. 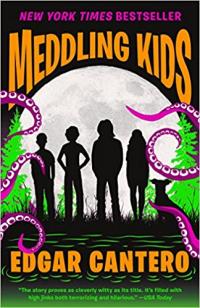 'Everything You Love Will Burn: Inside the Rebirth of White Nationalism in America' by Vegas Tenold

While Nazism and white nationalism continue to explode in this country, books like this — focusing on a few folks in various subsects of the white power movement, and their struggles and victories — remain vastly important. Know your enemy.

Quietly, unnervingly spooky. Loosely considered a ghost story, Lennon’s a master of ratcheting up the tension and keeping it going through a bevy of different characters and viewpoints.

'The Infinite Blacktop' by Sara Gran

Gran presumably closes out the series based on her tough as hell detective, Claire DeWitt, with this book. While it’d technically work as a standalone, consider grabbing up the first two books before you tackle this one. That said, it’s still a brutal, tender, sensitive work, and leaves a ton of questions unanswered. Maybe we haven’t seen the last of Claire after all. [Why The F*ck Aren't You Reading Sara Gran?] 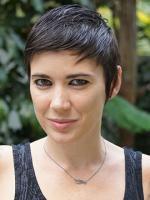 Who knew the grit-lit genre trend had made it all the way to England? I particularly loved this book because it has all of the rural, small-town darkness and drama that I love in gritty Southern novels, but the setting, dialect and storyline rings true to the Manchester characters. There’s a raw authenticity that polishes up in this gem.

I love anything to do with mythology, but was admittedly skeptical at first about Miller’s ‘retelling’ of the Greek goddess’ life. It’s the kind of flashy idea that could turn out to be nothing more than fluff, but I needn’t have worried. From the first page, Miller had me. Circe is as much a tale of complicated, complex characters struggling with human choices, as it is an ode to the original myth. 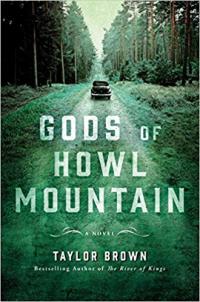 'The New Inheritors' by Kent Wascom

Wascom is known for his epics—The Blood of Heaven and Secessia—and this third installment in a centuries-spanning sweep of the American South is no different. Both far-reaching in scope, but intimate in drama, The New Inheritors, through the trials of an artist and an heiress, wrestling demons of all proportions, is a gorgeous, powerful exploration of how the land and our own difficult natures define us as Americans.

'Now We Can See the Moon' by Berit Ellingsen

Stark and yet devastating, in its own quiet way, Ellingsen’s dreamy and dream-like tale detailing the aftereffects of a climate disaster is as much a window into the minds of rescue workers as it is a lament for the earth caught in the grips of ecological change. The setting is grim and the characters desperate, but all is told with a poet’s voice, deftly peeling back the layers on ordinary events amidst extraordinary circumstances.

A tale of healers and bootleggers, young love and wild religion, all set against a backdrop of the North Carolina mountains, Gods of Howl Mountain is a beautiful story of finely-crafted characters struggling against the ropes of family ties, both to grasp and to escape. And Granny May Docherty may be one of the best female characters you’ll have the pleasure of meeting this year. [Taylor Brown Interview] 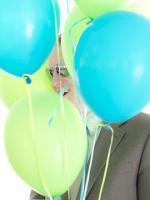 Much has been made of Sedaris' story of feeding a tumor to a turtle, but his Japanese shopping excursions might be even stranger.

'Animals Eat Each Other' by Elle Nash

In some ways really different from my own experiences, in some ways similar, but in all ways a beautifully-told story. You'll be happy to have this one break your heart. [Elle Nash Interview] 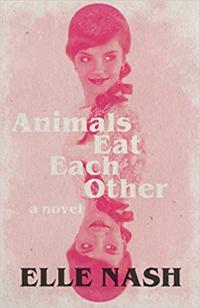 Technically this paperback isn't out yet, but the individual issues are incredible. I read Zdarsky's last issue on a train, and right when I got off I found out Stan Lee had died. Zdarsky is carrying on the legacy in a way that'd make Stan smile.

I read this on an airplane, and it kept me engaged the whole time. It's funny, it's unusual, it's motivating. It's a great book that too few will read.

'The Book of Extraordinary Deaths: True Accounts of Ill-Fated Lives' by Cecilia Ruiz

I have one in particular that I want to entice you with: hot air balloon pistol duel. Yes. That happened.