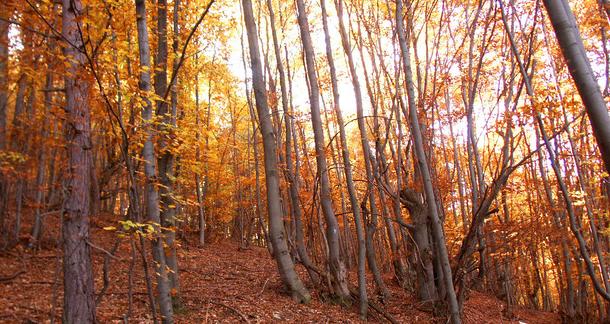 This October has given us our own horrors to deal with. Another school shooting in Oregon, another day. It's getting harder to scare people, because I think in a lot of ways, people are starting to realize how scary our world can actually be. We're used to fear.

And although I was going to rant about that and use it as a soapbox, as I'm typing this in the public library, there's a couple of young people sitting in one of the swivel chairs next to me, and guys, they are just so in love. I'm not being sarcastic; she's sitting in his lap, and they're kissing, but in short kisses, and after, he buries his head in her neck, and they're about to fall asleep like that. It's really kind of beautiful, and it helps me remember that life being filled with stories isn't really that bad of a thing, sometimes.

Also, I just realize I've been watching these people for way, way too long.

We have an important job, people. We're not just cataloging human experience; we help people feel things that they don't normally get to feel. If you're hanging around LitReactor, then I can at least be sure you aren't taking that responsibility lightly.

Community News: The Podcast is Back!

We asked for it, and we got it. After a long recovery from their Pyrrhic victory against the Evil of Clone MechaSuperHitler's pet goldfish, the team is back and ready to fight evil and literary ignorance. I know I'm not the only one that was eventually drawn to LitReactor through the podcast, and yes, I daresay I've missed the singsong wisdom provided by Rob Hart, Cath Murphy, and Josh "Turgid Lovespear" Chaplinksy.

It's available for direct download as well as via subscription in iTunes, so enjoy it before the Ghost of the Evil of Clone MechaSuperHitler's pet goldfish returns for vengeance.

Don't be afraid to fall into melodrama when writing a draft. You can cut the cruddy stuff later, and hopefully you got some real emotion on the page.

When critiquing, don't just tell someone that something doesn't work, tell them why it doesn't work. Suggest how they could fix/improve it. Suggest being the key word here. Everyone has their own style and quirks, so consider suggestions that complement the author's style and what they are trying to do.

Connect your writing time with sights and smells. For some reason, I'm most encouraged to write during the fall and winter seasons. So when I'm trying to get into the writing mode, I turn on my wax burner and put a holiday scent on to melt. The smell is enough to remind me what it feels like to let the words flow through me. I also try to write facing my backyard, because it looks out over a lake, and I find inspiring views help open up that creative flow! Soon you'll begin to connect writing with sights and smells like these, and can utilize those to spur on a writing session even on the worst of days.

"Writing what you know" is about as much fun as having an affair with your spouse.

...the Red Wedding would not have been a very good moment had a certain massacre organizer not been established as: one, a real asshole; and two, having been very offended by the victims. Without those things being established earlier on we would have been shocked, but really disappointed in the story. As opposed to still shocked, but also saying to ourselves, damn, should have seen that coming.

So! Foreshadowing is not about leaving clever little riddles for the reader (unless you want to because it's fun). It's about making sure things make sense in hindsight.

Have you checked out the LitReactor Book Club yet? Every month we start discussion on a new book, often by authors and publishers that have some affiliation with LitReactor. Discussion on Gun, Needle, Spoon by Patrick O'Neil has already begun, so if you've read it, chime in. If you didn't make it this time around, don't worry; November's selection has already been announced. It is The Last Projector by David James Keaton. Check it out! The Book Club is a great place to get to know our members and become involved in the community.

Wanted: Advice for a Newb on Reviewing Submissions

How's your reviewing game? We're a site full of writers, but we're also a site full of readers, and those two aspects of creating stories from imagination play into each other in our Writer's Workshop. As anyone with experience can tell you, though, reviewing isn't a matter of just saying whether you enjoyed the stories or not. Useful reviews will be filled to the brim with advice and criticism to help sand the rough edges off the piece. If you're looking for some clear advice on how to write stellar reviews, check this thread out.

Besides serving as a potentially badass name for a robot that writes monsters into existence so they can fight each other, NaNoWriMo actually stands for National Novel Writing Month. That's right, someone decided to set a challenge that involves writing an entire novel, start to finish, during the month of November. There are rules and such, but the only prize is a first draft of a new work in progress, which is usually treasure enough for most writers. Are you in?

Not a big deal. I did technically get two submissions, but neither of them gave me enough information to work with.

As a reminder, I'm pretty flexible on what I'll post in the Spotlight. I think I've only outright rejected one submission, and that was an update of cover art for a book that had already come out. If you're ever in doubt, feel free to shoot me a PM and ask whether it's worth the time to fill out the submission form. Usually, the answer will be yes.

Also, I have a bit of a standing rule that I only post stuff that has come through the submission form, for a couple of reasons. First, it ensures I get everything I need to write up a good Spotlight for the event. Second, I really can't keep track of every congratulations made in the forums on a month-by-month basis, and I certainly don't want anyone to feel snubbed if I missed their Facebook status telling everyone that they finished their book. It doesn't take long to fill out the form, and that sends it to a special folder in my inbox so I know exactly where to find it.

Good lord, it's almost November already. What happened to this year? I understandably started losing track of them after I turned 21, since there really aren't any more life milestones to look forward to until retirement, but even so, this seems out of hand.

Quick, before the year ends, tell me what you plan to accomplish writing-wise before December 31st. If you can write a novel in a month, you can certainly do something worthy of your writing career before the end of this year, right? Tell me what your goals are, and I'll see you next month.

Actually instead of novels for the time being, I'm thinking of going back to my old roots primarily writing poetry. I'm currently experimenting with contemporary (in the sense of being current) epic poetry. I had actually stumbled upon novels accidently, and largely wrote short fiction for years--the other half of me preferred medium of expression.

Considering getting back into full time illustration again as well, sense I pretty much have my 117 short poems, 2 epic poems, 3 novellas, and 30 new individual short stories. I think I'm starting to get a feel for my voice, though don't want to be involved in that hypergraphia frenzy I was in between 2014 and 2015--my wrists hurt writing two of those novellas.

Truly helpful post if any body want to buy Massey Ferguson tractors and farming equipment's then kindly contact us at.