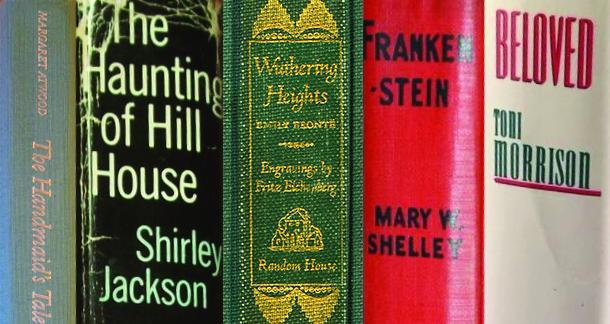 I wandered back over to GoodReads for the first time in a while and perused the books I’ve read in my lifetime (I certainly haven’t logged them all there, but it’s close). What struck me in a good way was the variety of novels consumed over the years—not only horror, but sci-fi, fantasy, thriller, noir, and straight-up lit-fic, for lack of a better term.

But what struck me in a bad way was just how few of those books were written by women and people of color, which means I’m really not as well-read as I think I am. So for the remainder of 2019 and on into 2020, I’m going to make up for lost time and only read novels by women/POC authors.

I ended up focusing on women for the entire year (with a few work-related exceptions mixed-in), and from now until June 2021 I will read only people of color (which can still include more women, of course), and then LGBTQ+ writers after that (and if I happen to also read queer authors of color in the coming year, all the better).

Experiencing an entire year exclusively filled with the voices of women has been an enlightening and eye-opening experience. I’ve learned an incredible amount about the craft of writing simply by exposing myself to not only non-male perspectives, but unique points-of-view from differing women as well. I’m looking forward to continuing this trend and further diversifying my to-read and finished piles.

Marginalized voices haven’t had the same opportunities as pasty menfolk, the latter of whom have benefited from a rigged system.

But let’s make one thing clear: I deserve no congratulations for doing this. The simple fact is, my reading had been woefully alabaster and phallocentric, so I took steps to fix the problem. And I’m still taking those steps, and will continue to do so even after I’ve absorbed enough marginalized voices to feel like I’ve at least balanced the scales. I’ll make sure that for every cis white straight dude I read, there’s a completely different voice queued up next. This is just what you do when you’re a writer, and if you’re not doing it, you should start. End of story.

I realize that in writing this piece, it might seem like I’m fishing for compliments despite my claims otherwise. Like, “Hey, look at me, I’m the most woke and I did a thing, but don’t congratulate me on it, but still look at it, look at this great woke thing I did.” Something like this, literally doing the bare minimum that any cis white dude should do, shouldn’t be a bragging moment, and because of this fact I hesitated to even pitch this column.

So why did I? Why am I writing this thing now?

Simply put, I hope at least other poorly-read people like me will do the same and fix the problem. And also to say, if you are a poorly-read person, it’s not entirely your fault you’ve barely read any women or people of color or queer authors. The publishing industry has been a bastion of white cock more or less since its inception, back when even those women who managed to get a foot in the door had to use masculine nom de plumes to have their work published at all (to say nothing of people of color and queer writers). Marginalized voices haven’t had the same opportunities as pasty menfolk, the latter of whom have benefited from a rigged system. It isn’t true that most of the greatest writers to have ever lived are cis straight white men, it’s just that our perceptions have been radically skewed by media representation and college courses to think this way (especially if you go to school in the midwest). Your ignorance to diverse voices in fiction is largely due to a social system steeped in patriarchy and white supremacy.

That being said, you can’t use society as an excuse to go blindly forward. You can’t shrug your shoulders and say, “That’s just the way it is,” and just keep reading predominately white male authors for eternity. I think we’re at a boiling-over point now, where it’s high-time diverse voices were actually heard, instead of brushed aside in favor of the status quo. Yes, there’s the personal benefit you’ll get from expanding your reading in this way—it will make you a more empathetic and worldly person, and a better writer all around—but more than this, you’ll be helping tragically lesser-known and/or recognized authors finally have their damn day in the sun.

Need a place to start? Here’s every book I read from mid-June to the present (the list is short because of those aforementioned work-related exceptions and because I’m a really slow reader):

Will you pick up any of these books or authors? How about any other ladies? How about any people of color or queer authors? It doesn’t matter how you diversify, so long as you’re doing it. You don’t necessarily have to read exclusively one marginalized voice over another for an entire year like I did/am doing, but it should be mandatory that you at least start mixing in diverse voices to your reading list. Especially if you read faster than me (and I imagine most people do).

So get out there and start reading. Time’s wasting.