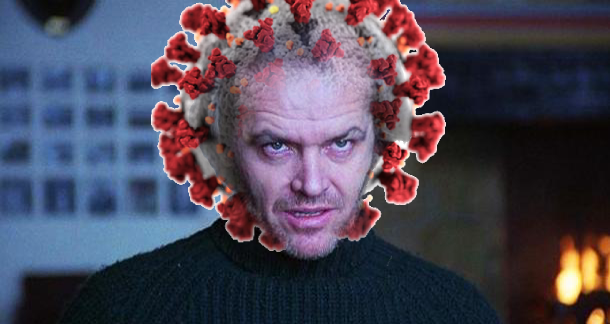 One may assume that us writers have it the easiest during a nationwide pandemic that calls for social distancing and working from home. To a degree, we are lucky, given that our careers require nothing more that click-clacking away on computers or typewriters all day, and so many of us are introverts anyway, that don't socialize even when there isn't a virulent upper-respiratory infection sweeping across the world. Unlike theatre performers, musicians, and any other creative types that rely on the outside world, writers aren't being faced with widespread closures of public places that provide them with income. So long as we have our writing devices and our dining room table/couch/bed/wherever, we can still practice our craft.

But there are some pitfalls writers will be facing over the next several months, many that we may not even foresee. Fortunately, there are ways we can prop each other up, and take care of ourselves as well (so we don't end up like Jack Torrance).

Fortunately, there are ways we can prop each other up, and take care of ourselves as well (so we don't end up like Jack Torrance).

This is an obvious one, and the fact is, big name writers like Stephen King, Suzanne Collins, and Danielle Steel will probably sell twice or even thrice the amount of books they usually do, as more and more people hunker down in their homes. Now, of course, I'm not here to tell you not to purchase novels from those or any other famous authors, because all book sales are good (well, most of the time, anyway), but if you're a reader looking for a wide array of voices to read, start looking smaller, toward authors who aren't already filthy rich household-namers. Because while we can (and do) write our fiction all day and all night, we probably aren't making that much money off it to begin with, and the likelihood that our day jobs might close their doors and leave us without a viable source of income is high.

So maybe balance it out: buy Pet Sematary one week, Gwendolyn Kiste's The Rust Maidens the next; gobble up The Hunger Games series, then immerse yourself in Paul Tremblay's successively published and mind-blowing novels A Head Full Of Ghosts, Disappearance At Devil's Rock, and The Cabin At The End Of The World. Get swept away with Palomino or Summer's End (two favorites according to Danielle Steel fans),  then pick up the gloriously absurd, satirical smut of Chuck Tingle (including two new titles that promote healthy habits in the face of Covid-19). As much as you can, buy the works directly from the authors or publishers so they can reap all the profits (rather than losing a portion to Amazon, because Jeff Bezos has enough money as it is).

Another obvious one. Many indie authors have Patreon accounts, or other forms of online crowdfunding set up to help keep the funds flowing. With most of these, you can sign up to be a regular donor—which often gives you access to exclusive content and other goodies—or you can make a one-time donation. Whatever is within your means. Even a little bit can go a long way.

Naturally, you shouldn't be walking into libraries right now (and many are closing their doors anyway, preventing you from going inside even if you wanted to). That sucks for writers and the libraries themselves, but you can still check out digital books via Overdrive and similar apps. If you don't have the budget to buy a bunch of books, at least you can download them to the tablet/eReader of your choosing. Many small presses and indie authors partner with their local libraries, including all the authors mentioned above (minus Chuck Tingle), so even if you can't buy their work, you can at least read it. And when you're done reading it... 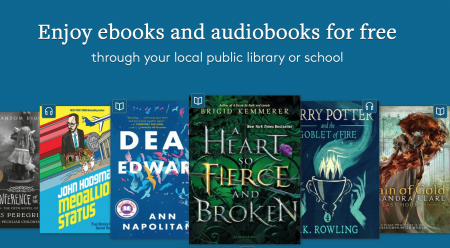 If you read it and you loved it, tell others about it on Facebook, Twitter, Instagram, etc. Tik-Tok? Do people use that one for anything other than lip-syncing? Maybe you could be the first book reviewer on Tik-Tok.

If you didn't like a book, well...I can't tell you not to post a negative review, but maybe find ways of making it constructive, rather than a litany of puerile disses aimed at the author rather than the work in question. This pandemic is going to be a hard time for everyone, and while genuine criticism is necessary for growth, we can all do without harsh, supposedly clever take-downs—not just authors, but everyone.

If you're already talking about a book on social media, why not take those kind words or well-thought-out, definitely not mean-spirited criticisms to places that let you post reviews, like the ones mentioned in the sub-headline above. Indie authors especially thrive on Amazon reviews because, Jeff Bezos's ever-fattening pocketbook notwithstanding, it's the primary place a lot of book sales go down. The more reviews, the higher the book's—and, thus, the author's—profile on Amazon, which betters the chances of others buying the book, and so on. Your reviews don't have to be much, just a few sentences plus your star rating. It takes almost no time at all.

Check In On Your Writer Friends

I said earlier that most writers are introverts who don't like going outside or dealing with people anyway, but that's not really true. Plenty of authors are either extroverts that thrive on human interaction, or mid-troverts, which isn't a term at all but something I just made up to describe people who are kind of in the middle, neither wholly extroverted nor introverted. If you have a pre-existing relationship with a writer out there, even if it's a handful of social media interactions, maybe drop them a line and just see how they're faring. Probably don't do this with authors you haven't directly spoken with before, like Stephen King (unless you have a pre-existing relationship with him, then by all means).

Now, all that being said...

Writers, Check In On Yourselves

Help from others is great, of course, but make sure you're also helping yourself. Everything I said about extroversion versus introversion applies here. Even as an introvert, going days on end without any human interaction can take its toll. You probably take for granted the brief exchanges you have with the barista at your coffee place or the check-out person at the grocery store.

You might say, "Well, I have a significant other, and they fill up any social interaction I require." Maybe, but I can tell you from experience, they don't want to be the sole source of your person-to-person communications. That's a heavy burden to bear. Instead of placing that responsibility on them, schedule some phone calls or video chats with your friends or relatives. Text more frequently, or talk via social media. This isn't the same as speaking with someone face-to-face, true, but it's better than nothing, and it will do you a world of good as the days turn into months and your socialization is next to nil.

The same advice applies to everyone, not just writers. Yes, please, consume as many books as your appetite can handle while weathering this pandemic, but also, put down those books for a little while at least once a day and talk with other people. You need it, and they need it too.