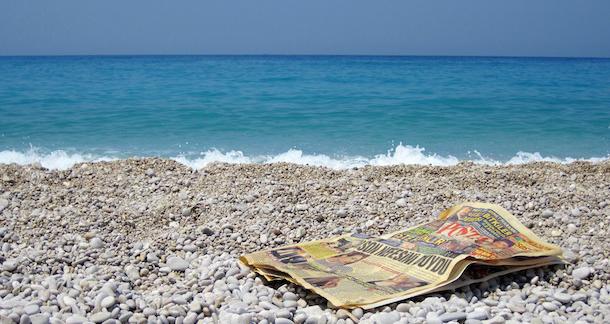 Summer reading lists tend to figure heavily on formulaic thrillers and "breezy beach reads." But there's no need to turn off your brain when you bake beneath the sun in the months to come—slathered, presumably, in high-SPF sunscreen, which itself may or may not give you cancer.

In fact, as the mercury hits its latest all-time high, hurricane season rocks the Atlantic seaboard, and wildfire darkens the skies out West, you may find that during the dog days of Late Capitalism, only a fine work of climate fiction will do.

So here are my picks for Summer 2016—seven works of cli-fi both old and new that are funny, sexy, suspenseful, and smart as hell about this mess we've gotten ourselves in. 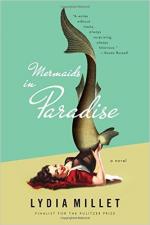 1. 'Mermaids in Paradise' by Lydia Millet

Lydia Millet is that rare author who manages to strike a balance between humor and sincerity while keeping a clear eye on the overwhelming challenges, both personal and ecological, of our times. I discovered Millet's work in Love in Infant Monkeys, a series of delightful short stories centered around famous people and their relationships with animals, from Madonna and her quails to Jimmy Carter and his swamp rabbit. From there I worked my way through Millet's considerable back catalog, which includes tales of nuclear scientists gone nuclear, animals teetering on the brink of extinction, and even a humorous love song to George H. W. Bush. Mermaids in Paradise may be Millet's best yet; set in the British Virgin Islands during a honeymoon, it's told from the perspective of Deb, the smart, snarky, (not-so) blushing bride. The book comes on lightweight and laugh-out-loud funny, sounding a lot like self-aware chick lit, but beware, this book will leave you reeling with its devastating final pages. 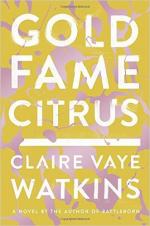 Like a lot of other people, I discovered Claire Vaye Watkins via her essay "On Pandering," which she presented at the Tin House Writers Workshop in 2015. In that essay, Watkins talks about how, as a younger woman, she wanted so much to please the male literary elite that she wrote "hard, unflinching, unsentimental" but has since discovered that she doesn't want to be unflinching in her work—she wants to flinch, to feel, to be wide open to the world, and holy hell, does Gold Fame Citrus deliver. Set in a version of the future in which California has been overtaken by a modern-day Dust Bowl, refugees from the Golden State are known as Mojavs, the Southwest has all but been evacuated, and what remains is a vast and mythic landscape known as the Amargosa Dune Sea. Though it's delivered in gorgeous, muscular literary prose, full of complex characterization, this book is, nevertheless, a page turner. It's built around Luz, a former teen model, Ray, the surfer who fell for her, and Ig, the child they seek to save even as they venture deep into the vast dune sea, into the arms of one of the most compelling cults in literature. This book is for anyone who loves the West, its landscapes and its cultures, a weird place full of weird people that's on track, in the face of climate change, to get a whole lot weirder. 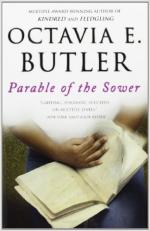 3. 'Parable of the Sower' by Octavia Butler

Speaking of post-apocalyptic California, Octavia Butler's The Parable of the Sower is the book you want to read when your lawn is dead, the canyons are on fire, and rain seems like no more than a distant memory. In Butler's SoCal, everything is burning, from the house fires lit by pyros in the grips of the latest drug craze to the gunfire of edgy refugees in the course of their dogged travels north. Such a story in the hands of a lesser writer would be the equivalent of an action movie, but Butler, whom Pulitzer Prize-winner Junot Diaz has called "a master for all seasons," wrote with a cool eye and a steady hand about not just the troubles to come, in a landscape so heavily leveraged in terms of water, but about how those troubles are likely to impact those already living at the margins. If you've ever wondered what, exactly, this thing called environmental racism is, this fascinating, fast-paced work by one of the most important voices in science fiction should make that abundantly clear, and the characterization here is a study in understatement. The protagonist, Lauren Olamina, a minister's daughter, is both gutsy and smart—smart enough to know that in order to survive, she'll have to leave her family's rapidly shrinking island of safety in LA, and gutsy enough to do it. Somewhere along the way, she may just invent a new religion. 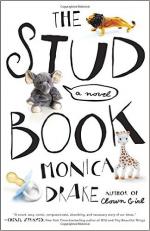 4. 'The Stud Book' by Monica Drake

This is a novel about motherhood the way Gabriel Garcia Marquez's Love in the Time of Cholera is a novel about love—which is to say, it's an almost encyclopedic treatment of the subject, magical in some places, funny in others, and vastly entertaining throughout. The story is told through the perspectives of four friends from high school, now in their thirties, each of whom has a markedly different relationship to reproduction, from the new mom high on hormones and painkillers to the lady who works at that zoo, trying to get endangered species to get it on even as she's trying desperately to conceive a child of her own; from the childless artist, still living the wild life at forty, to the crunchy hippie mama who sees threats to her children's future in every tube of toothpaste. This novel tackles the fraught connections between human reproduction, the extinction of other species, and the myriad threats of climate change that loom large over our dimpled, adorable offspring—who will themselves, unavoidably, contribute to it. Only a master stylist such as Drake could nail the dark comedy at the heart of that particular Venn diagram, and oh man, does she ever. 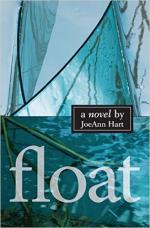 If you want a glimpse of what makes the small-press publishing landscape so rich right now, look no farther than Float by JoeAnn Hart. Published by southern Oregon's Ashland Creek Press, this novel is nearly uncategorizable. Part literary satire, part drawing-room comedy, and part recession parable, it is 100 percent fun, not to mention smart about the big problems faced by our oceans and those who depend upon them. Set on the coast of Maine, the story follows the fortunes of Duncan Leland, a man trying to keep the family fish-fertilizer business above water, even as the fish themselves are being replaced by a horrifying abundance of plastic trash that washes up with every tide. He may just have accepted a loan from the mob, on the condition that unnamed persons can dump organic matter of unknown origins into the fish wastes his business is built on in the dead of night; but the misguided gourmand stuck behind the grill at the local fry shack may hold the (inedible) answer to the problem of plastic. "A wry tale of financial desperation, conceptual art, insanity, infertility, seagulls, marital crisis, jellyfish, and organized crime," says the back cover. Exactly. 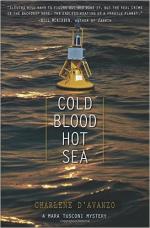 The title of this book makes it sound like a mystery/thriller about rising seawater temperatures, and that's exactly what it is, and it's freakin' awesome. Part political thriller, party New England cozy, this is the first book in a series featuring Mara Tusconi, climate-change scientist and oceanographer. When an errant buoy kills the colleague who, at the last minute, took her place on a survey cruise, Mara can't help but wonder if that "accident" was meant for her. Her name, after all, has just come up on a list of scientists being targeted by a well-heeled climate change-denial group circulating misinformation in the press—even sending death threats to researchers. In her attempt to get to the bottom of her friend and colleague's death, Mara will discover a biofuels hoax, shady machinations on the part of petroleum reps, and perhaps even romance with the handsome oceanographer who's just joined her department. This book, written by a working ecologist and environmental educator, manages to make the scientific method and the eternal quest for NSF funding just as gripping as the whodunit. 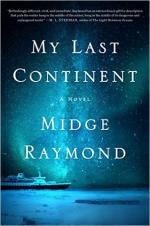 What finer reading, on a hot summer's day, than an exquisite love story set in frozen Antarctica? Our protagonist, Deb, has always felt more at ease at the ends of the earth, among the penguins she studies, than she does at home, among her own kind. But she's pushed out of her comfort zone when she falls for Keller, a man looking to shake off a difficult divorce and the loss of a child amid the brutal beauty of the world's southern frontier. Those cute penguins of nature videos and Internet memes are revealed as complex creatures with dramas akin to our own as they seek to find a long-lost mate across the acres of ice, reunite in their "ecstatic dance," and, amid some of the harshest conditions on earth, nurture their chicks to maturity. Like The Stud Book, this novel takes both matters of the heart and matters of science seriously; like The Stud Book, it explores the fraught connections, both emotional and logical, between the reproduction of human beings and the extinction of animals. But while Drake's novel is a kind of comedy, My Last Continent is an epic romance, a drama as beautiful and compelling as the landscape it describes.

Has climate change affected your reading? What's on your list this summer?

Superb! I love to read new books and find something useful for life. I think each book gives us something to learn as website https://typemyessays.com/research-paper-writing-services always gives me excellent writers to write my an assignment on any topic.. I am free these days and this is the best plan to read books and gain knowledge. Thanks for sharing.

and it wasn't funny at all

Hello! I know that writing papers is a complex tasks for many people. But with the help of the essay writing service we can solve this problem quickly.  Here is one cool page that helped me a lot. It is named https://specialessays.com/do-my-excel-homework/