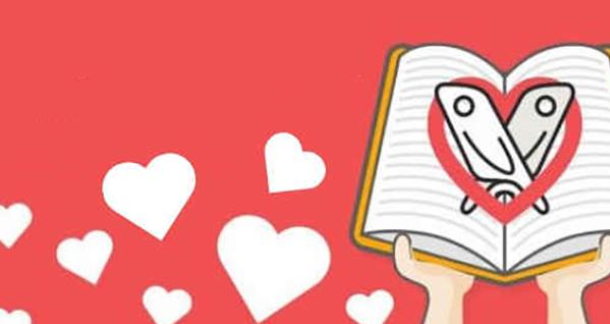 Ah, the cold, blustery plains of singledom. An uncomfortable yet inevitable stage of life that has been subject to the musings and contemplations of writers since time immemorial. In the fictional world, there are examples of those that take the single life in their stride — say, Samantha Jones, living her best life in New York City, with a high powered job and great friends. Others, like Bridget Jones, are the epitome of the hapless singleton, sobbing into a tub of Ben & Jerry’s on the couch as all her peers are happily coupled up.

If you fall into the latter category and find yourself quietly (or not-so-quietly) bemoaning the sea of pink confectionery that greets us at the entrance of every store this time of year, fear not. The following seven literary picks brilliantly reveal the joys of singledom and will have you transforming from a Bridget Jones to a Samantha Jones in no time at all. For the more hardhearted amongst you, I’ve even thrown in a couple of reads that will have you shuddering at the thought of ever inviting romance into your life again. That’s balance, ladies and gents! Enjoy! 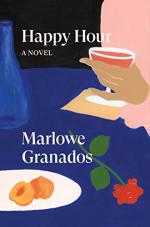 One of the hottest debuts of 2020, Happy Hour is an ode to the joys of experiencing all that a new city has to offer whilst young and carefree. Granados’ protagonists, Isa and Gla, are two mischievous party girls on a quest to have as much fun as they can over the course of the sweltering NYC summer of 2013. The strength of female friendship lies at the heart of this story, as the girls rely on each other to weather the storms in their personal lives and scrabble together the rent money. For anybody in need of some light relief, or a reminder of the importance of those often undervalued platonic relationships, look no further.

Get Happy Hour at Bookshop or Amazon 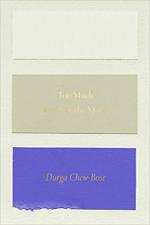 2. "Too Much and Not in the Mood" by Durga Chew-Bose

Chew-Bose’s impressive debut essay collection offers a more contemplative approach to singledom, grappling with loneliness and self-discovery along the way. Recalling the memories of her youth and teenage years, Chew-Bose takes on subjects like youth, identity, and family with verve and astuteness. This essay collection is more than just a self-help book: it’s both an invitation to delve into the deepest parts of one’s own psyche, and a timely reminder that the journey to self-realization is just as fruitful when you go it alone. 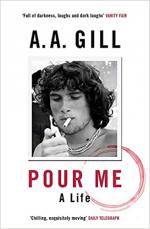 The journey which restaurant critic and author A.A. Gill charts in this memoir is a testament to what can be achieved when we nurture the most important relationship in life — the one we have with ourselves. Gill’s lucid prose chronicles his beginnings at a vegetarian convent school, his stint at a pornographic magazine shop in Soho, his alcoholism, and his eventual road to recovery and subsequent life as an acclaimed non-fiction writer. Romantic relationships don’t factor too heavily in this narrative, making Pour Me a relatable read for a single person looking for an entertaining slice of life (or should we say pie), with some worldly wisdom on the side.

Get Pour Me: A Life at Amazon 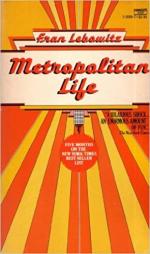 Fans of Scorsese’s recent Netflix series Pretend It’s A City, starring the sensational raconteur Fran Lebowitz, will be glad to hear that she is an author, too. (That said, you’ll have to be a sleuth to track down a second-hand copy of this book, as it has been out of print since the 1980s — but with any luck, the recent upsurge in her popularity will inspire Fran to overcome her well-documented writer’s block and start writing her next book.) Lebowitz’ gripes and grumbles in this collection of articles will remind you just how infuriating and perplexing your fellow man can be, and thus function as the perfect antidote to anyone pining for companionship. Oh, and, if you needed any more convincing — don’t just take my word for how brilliant this book is: David Bowie loved it, too.

Get Metropolitan Life at Bookshop or Amazon 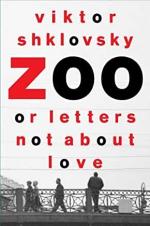 5. "Zoo, or Letters Not About Love" by Viktor Shklovsky

Yearning to wake up next to somebody in the morning gets the better of all of us every so often, despite our best attempts to not dwell on the fact we don’t have suitors queuing around the block. If this is the case for you, take a leaf out of Shklovsky’s lover Alya’s book. In this classic epistolary novel, Shklovsky is permitted to send Alya a series of letters, so long as he abides by one rule — he must not discuss romantic love. Instead, they write to each other about a variety of topics: life as Russian immigrants, their hopes to become writers, and even the weather. To read this book is to be reminded that romance is not the only means of human connection. There is so much more to see, bear witness to and discuss in this life—- whether you are loved up or alone.

Get Zoo at Bookshop or Amazon 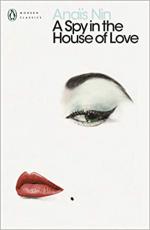 This modern American classic was hailed at the time for ripping at the seams of heterosexual middle America. The novel follows protagonist Sabina as she becomes disenchanted with her marriage and seeks illicit affairs with strangers. Sounds fun? You’d be mistaken — Nin presents us with a bored and lonely wife, à la Madame Bovary’s Emma Bovary and The Awakening’s Edna Pontellier. So… when it comes to the perils of love and marriage…  don’t say these women didn’t warn you! 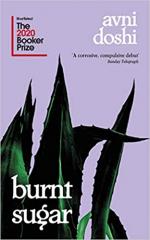 The strained relationship of mother and daughter Antara and Tara is at the heart of Doshi’s debut, which was released to immense critical acclaim (and landed on last year’s Booker shortlist). Grudge-holding and betrayal characterises Doshi’s narrative, as the romantic entanglements both women embark upon strain the familial bond that once existed between them to the breaking point. Those plans to move to an abandoned fishing village and never brush shoulders with another human again are looking ever more tempting…

Get Burnt Sugar at Bookshop or Amazon

So there we have it — seven picks for those of you looking to celebrate Singles Awareness Day the literary way. A far better alternative to a Tinder date, I’m sure we can all agree!