Get Your Sh*t Together: Six Memoirs for Personal Growth 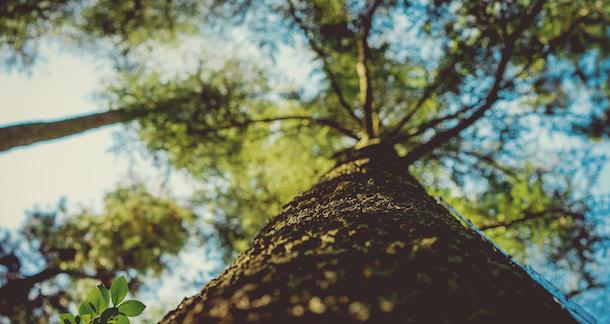 As human beings, we've all got room to grow, but there are times when personal growth is more of an imperative than others.

Times of grief, change, and significant upheaval. Times when life and death and the sheer fragility of the human coil can seem overwhelming. Times when the world at large appears dangerous and strange, and the ghosts of the past come knocking.

In the face of such challenges, both personal and collective, I've found that self-help books generally aren't all that helpful—maybe because self-help books are predicated on the notion that life can be fixed.

Memoir, on the other hand, is predicated on the notion that it's the struggle toward consciousness itself that is valuable, and the right ones can act like a porch light to sanity in a world gone increasingly dark.

Here are six of my favorites in the last six months. 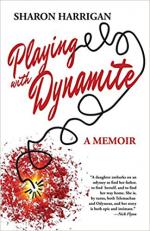 1. 'Playing with Dynamite' by Sharon Harrigan

The nature of memory, the mythology we create around our parents, love, marriage, and motherhood—Sharon Harrigan's Playing with Dynamite is about all of these things, but also so much more. The story chronicles Harrigan's search for the father she never really knew, famous for having blown off his hand with dynamite as a teenager, who died when he was "hit by a deer" Up North in Michigan. With stories like that, how can the truth ever measure up? But it does—in fact, the truth she uncovers about her dad may be more interesting than the stories about him. This searching, honest, vulnerable memoir settled deep inside me as a I read it, prompting me to ask questions of my own life—and my own relationship to my parents—I'd never even considered. This is the kind of memoir that will increase your emotional IQ, making you smarter about your own life, and maybe even the familiar mystery of your own family. 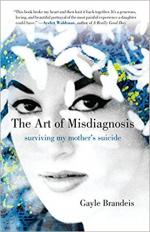 2. 'The Art of Misdiagnosis' by Gayle Brandeis

Too often, we ignore difficult emotions and hard conversations, until we have no choice but to deal with them—which is what happened for Gayle Brandeis when her mother, who had been showing signs of mental instability, committed suicide. And while that's not a situation that many of us will ever face (thankfully), the author's honest, moving, and at times even funny reckoning with her larger-than-life mother and her all-consuming (if not entirely truthful) documentary movie project, from which the book takes its name, is something all of us can learn from. In giving ourselves permission to, in the unintentional humor of one of Brandeis’s relatives, “know hard feelings," we not only give others permission to do the same, we open the door that leads back to the sunlit place where we’d all like to live our lives. And that, you will have to agree, is a great service. 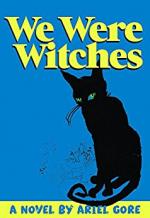 3. 'We Were Witches' by Ariel Gore

Ever wonder if that whole patriarchy thing is really a thing? Of course you don't, what with it being pervasive and all. Still, it can be hard to suss out all the many ways that the playing field is tilted in favor of men—men with money in particular—until some smart, snarky gal from the wrong side of the tracks takes the time to point it out. That's exactly what Gore does in We Were Witches, which is officially a novel, but unofficially a memoir in which various goddesses appear to kick some ass and witchcraft is a force for social justice. In it, a character named Ariel Gore has a baby as a teen "out of wedlock" and details the sheer shitshow of what it is to be A) a teen mom without parental support; B) a woman with an abusive, alcoholic ex; C) poor and queer in America, and D) a young person with an impossible dream (to be a writer). We Were Witches is a book of spells, a primer for the resistance, and a book of feminist fairy tales, retold in such a way as to expose the lies we were forced to swallow as kids. Let me not mince words here. For anyone who seeks to resist the persistent gaslighting of women in this culture, this book is a must read. 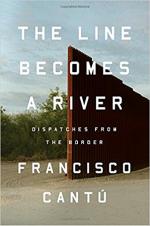 4. 'The Line Becomes a River' by Francisco Cantu

The political rhetoric around the U.S./Mexico border is so charged that, at times, it can be hard to separate what you believe from what you actually know. Francisco Cantu was bold enough to test his assumptions about the border by gaining a firsthand understanding of it, by becoming a Border Patrol agent. This border is a war zone full of drug cartels and smugglers, a place where people routinely risk death to escape violence and crushing poverty at home. The US Border Patrol, or "la migra," is in the business of sending people back to those conditions, often breaking up families in the process, and in the end, the author finds that he cannot simply observe the system—whether he's in the field or behind a desk, he's part of it. When an undocumented friend winds up being barred from re-entering the US, the author's perspective shifts again, to take in what it really means when a family is torn apart—by the humanitarian crisis in Mexico, by economic realities, by shifting immigration policies, and by those whose business model is based on human desperation. This is a book that reminded me to question my assumptions, especially on the hot-button topics, and take a closer look. This is the story of the U.S./Mexican border, but it's the story of every border with desperation on one side and opportunity on the other—which, to my mind, makes it essential reading for the 21st century. 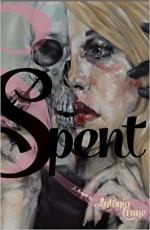 Another hot-button topic everyone has an opinion on: stripping and sex work. Maybe you're of the opinion that the industry exploits women; maybe you believe that it empowers them. Either way, you probably have not been a part of this world yourself, so really, what do you know? That's the sort of questions I found myself asking as I read Crane's funny and affecting memoir, which chronicles her trajectory from young lesbian speed freak to strip-club diva to accidental sex worker to author. From the club she helped to unionize to the New Age massage parlor where she provided "happy endings" (it's okay, it's tantric), this story is a wild ride through the Bay Area's wild side (and a bit of the Big Easy's as well) that reveals so much about not only how women's bodies are commodified in our culture, but about power, desire, money, and addiction. This is not a Pretty Woman story, not a story of recovery from a sordid past; it is, rather, a clear-eyed look at the basic needs of human beings—for love, for acceptance, and yes, sex—and the many ways that those needs can be commodified. This book made me both less judgy about the sex industry and more aware of the ways that the problems within it are problems in our society as a whole. 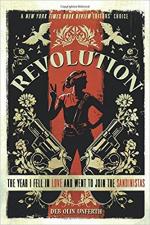 Dude, you think you did some dumb things when you were young? Deb Olin Unferth dropped out of college with her boyfriend and went to Nicaragua to join the Sandinistas, and she lived to tell the tale. And while the author could approach this cocktail-party set piece with pure levity—"look at what an idiot I was!"—this memoir is better, weirder, and more interesting than that. Because while the perspective afforded by time (and you know, the ultimate failure of all of this to end badly) are ever present in the book, giving it the sense of an older, wiser woman looking back with a degree of bewilderment at the passions of her youth, there's also love there for the girl that she was, for her idealism and courage and sheer chutzpah, as well as compassion for the folks who had to make sense of her and her boyfriend and their ambition to get "revolution jobs." (There's also a lot to learn here about Central American politics and US involvement in the late eighties, too.) As adults, it's easy to get worked up about making all the right decisions, about not screwing anything up—especially when you have kids of your own. Which is why it's refreshing to remember that doing the wrong thing for the right reason can actually open up your life in unexpected ways, and teach you a lot about yourself in the process.

Now it's your turn. What are your favorite memoirs? And why?