Gift Guide: The Tools, Tricks, and Secret Weapons of Your Favorite Authors 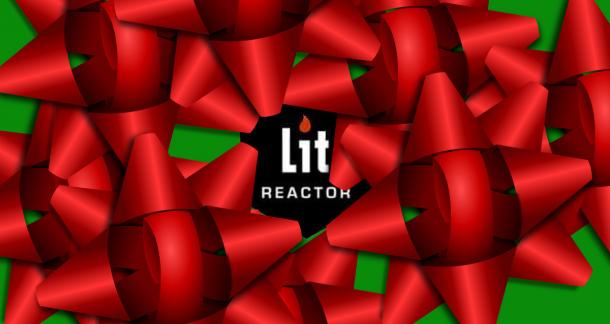 Everybody is busting out their gift lists, and at LitReactor, we've made a firm decision that if all the other web sites were to jump off a cliff, yes, we would too. Because if there's a cliff to jump off, we'll show everyone else how to do it right.

To make this year's list a little more useful, we've scoured online interviews to find the stuff authors can't live without, things we figure might help you replicate the methods of the pros. These items might not make you write like your heroes, but they'll at least provide the illusion that you are. Think about it like a writing placebo effect. Plus, with this list, you might learn something. For once.

As a bonus, at the end we've got a lightning round: Pens of the Stars. 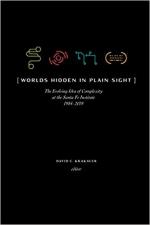 McCarthy is sort of famous for using an old Olivetti Lettera typewriter as his only writing tool, but there’s another tool at his disposal that he’s less obvious about.

McCarthy has made his office at The Santa Fe Institute. He’s somewhat of an outlier there, but reportedly will often attend lectures and events by folks in different disciplines, and will even copy edit work by many of The Institute's eggheads.

McCarthy is availing himself of scientists and thinkers all the time. He chats with them. Has lunch with them. Maybe you should look into them. 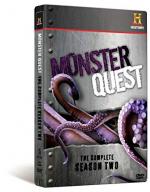 Who isn't curious about how SGJ gets his ideas?

The man himself reports that MonsterQuest has given him a lot of cinematic, non-fiction techniques that inform his style. Plus, who doesn’t want to watch an investigation into "Russia's Killer Apemen?"

SGJ also says that his writing goes better when he builds in a little time to relax with basketball or...hacky sack.

If you've ever been to a reading of Chuck's, you know he's a trim fellow. According to an interview with Forbes, Palahniuk likes to get his exercise on a Concept2 Rowing Machine. Pricey, sure, but who can put a price on full-body, low-impact fitness and a shredded figure? Concept2, apparently. At least we're all on the same page now.

When I asked writers about their tools and Elle responded with "a knife," I didn’t question it. Why would I? It’d only make me feel stupid for not realizing right away why she said it. Just as a sidenote, Stephen Graham Jones also carries a lot of knives. There's something good writers know that I'm missing here. And I think it's sharp and pointy. 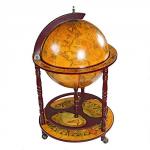 This is not a new title for a fad diet book. Yet.

As Rob put it, booze solves most problems, certainly writing problems, in the short term.

Anyone who says they've never wanted a drinks globe is a damn liar. I'd get one of these even if I didn't drink. Unfortunately, I do drink. Enough that transferring liquor into some sort of cabinet or globe or motorized fountain just isn't practical. 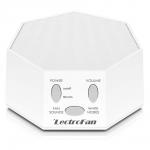 Erik Larsen recommends getting some sleep. You’re probably not getting enough of it, so the least you can do is make sure that the sleep you are getting is of some quality. And because so many of you live in these big, romantic cities that you love writing about so damn much, you could probably use this to drown out some of the romance of trash trucks, people vomiting in alleys, and that siren song, the car horn. 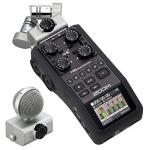 7. Mary Roach Stays on the Record

Roach likes to use a digital recorder for all her interviews, which is a good thing. Lots of the things that appear in her books, I would doubt that anyone ever admitted to them if it weren't recorded.

Zoom H6 is a good recorder for interviews and works perfectly for other applications like video and podcasting, should you go down those roads. 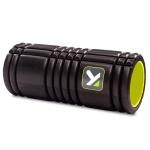 Jane McGonigal swears by a foam roller. She was training for a race and writing a book at the same time, which is a lot, but there's definitely wisdom in taking care of your body while you work. Look, if you're sitting all day, as most of us are, you need to do SOMETHING off your ass. 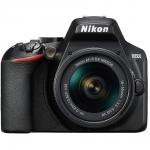 A picture’s worth a thousand words. But most people are going to spend their thousand somewhere else, so why not take it easy when it comes to bothering the rest of us with pictures of stuff we don't care about? I know, getting a camera in the smartphone era seems silly, but it makes sense. The smartphone is your biggest distraction. Take away one more reason to reach for it. 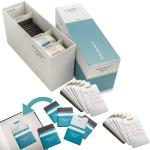 When Thomas was young, she witnessed a shooting. The next day, her mother took her to the library to show her that there's more out there than violence. You've got a bunch of books sitting around. BE the library you want to see in the world. All those books you've got on the shelf could make a huge difference in someone's life.

Separate yourself from the streaming (and the ads, the temptation to be online, the fooling around with music) with something like this. Warren Ellis uses an MP3 player instead of Spotify and whatnot. If you write with music, untether yourself from wifi. Make it harder to jump around too much. Use music to help you, and eliminate the distractions that go along with it. 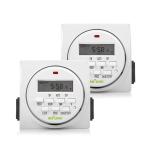 There’s a better, cheaper way to disable your wifi without destroying a component of your computer. Just get one of these. You can set different hours for each day of the week, meaning you can cut off the wifi whenever you want in a set and forget fashion. Not only can this help you stay offline, it can be a good way to make yourself go to goddamn bed. Plus, in a pinch, you can always bypass it without the expense of wrecking a laptop. 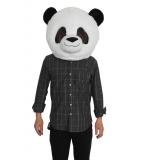 Bought as kind of a gag, this head has shown up on a lot of social media, almost becoming a trademark of the writer. What would an alter ego do for your career? I've been trying with the same stupid face for years now, and no dice.

She'll admit it's not the best option of all time, but damn does writing on one of these things feel good. It's like a little taste of the future when your fingers hit the keys. A taste of luxury. You're like some kind of techno uppercrust-er. Or a college student who has an entire lifetime to pay off them loans. 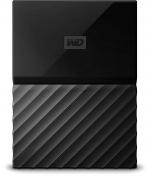 Because, dude, this guy lost IT ALL when he trusted the all-mighty Google to store his stuff. That’s some scary shit.

I know we're in the cloud era right now, but think for a second what that really means. Things can change. The policies of a server might not line up with your personal values. It's a damn fine idea to back your stuff up locally.

The guy really has a lot to say about Legos. Or "Lego" as they say it in the UK. Do you think it's weird that they don't pluralize "Lego" with an "S" but do add one onto the end of "Math?" Because I do. Anyway, an unusual creative tool for adults. If we could all access the parts of the mind Coupland does, the world's to-read list would double overnight.

One of Chuck Klosterman's proven methods is using a backyard writing shed. It's the dream, right? Like, a room, but just for you and nobody else. A room of your own to write in. Someone should write an essay about this.

Saunders is known for a common technique, printing out his drafts. This works, ya'll. When you have a hard copy, you can take it with you wherever. And when you take stuff with you wherever, you can work on it whenever, and there's a Shakira song happening against my will here, but you get the drift.

Printers are expensive to fill and maintain, but you can find black and white printers that'll be cheaper in the long run. They don't take up a lot of space, and if it helps you finish your work in progress, it's worth the sacrifice. 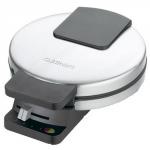 A plan borrowed from Carlton Mellick III, Johnson will check into a hotel for a 3-day writing binge to get some serious work done. As long as the hotel has a mini fridge, pizza access, and a shower—he's in great shape. But the icing on the cake is when they have a waffle maker downstairs. Never underestimate the power of cooking waffles to make you feel human again after an all-nighter spent in your mind. 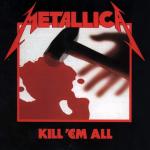 Though LaValle loves more than one kind of music, metal was his first love. Especially Metallica's Kill 'Em All. It's always difficult to say which influences built the great literary voices of our time. I figure, screw it, Try 'Em All. 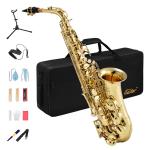 Harjo learned to play the sax at age 40, and it adds an entirely new dimension to her readings and performances. You could be like every other author, stand up there and read out loud. Or you could blow the goddamn roof off. 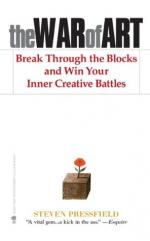 Mario Acevedo, one of the most interesting people on Earth, recommends The War of Art by Steven Pressfield. Lots of creative types swear by this one. When it comes to ideas on creativity, the author of The Nymphos of Rocky Flats is a trustworthy source.

Chip Zdarsky, whose characters often end up in quite a bit of trouble, may have jumpstarted his interest in law, justice, and jail by carrying around a toy gun, for which he was arrested in college. This is probably a terrible idea. We're not going to take responsibility for whatever happens to you if you try this. Just don't do it. Zdarsky IS one of the best writers working in comics, but still, don't try this. Don't make trouble. Stay the course. Especially when you're young. You'll have lots of interesting things to write about. 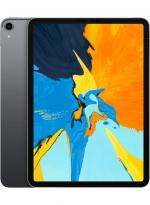 Henderson has been drawing on a Wacom tablet, but after trying out Joe Quinones' iPad Pro, she's a convert. Another Apple product for the win.

Trumbo wrote in the tub. Which is genius. Nothing short of genius. You're trapped for a bit, you're not being distracted by all those losers you live with (your "loving family" as you call them). It's nothing short of brilliance. 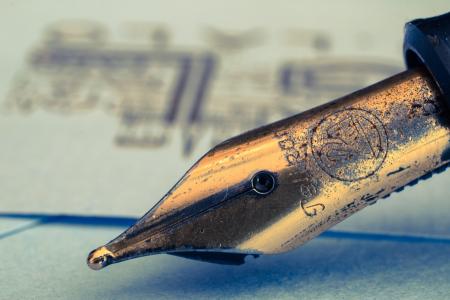 Below you'll find a bunch of authors and their reported pen of choice. Or the closest modern-day equivalent. A regular pen is a lousy gift for a writer, but if you get someone the same pen as their favorite author?

Shower your writer friends in their new favorite pens and you're golden. It'll be a Holiday Golden Shower, which is what we're all really looking for, right?