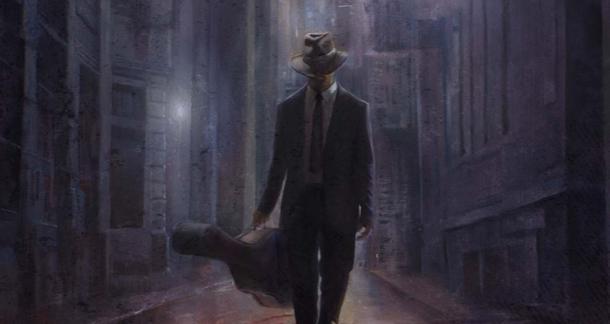 Last month, HBO released a new teaser trailer for its upcoming series Lovecraft Country, set to premiere in August of this year. The show follows a young Black man, Atticus (Jonathan Majors), as he travels through Jim Crow America with his friend Letitia (Jurnee Smollett-Bell) and his Uncle George (Courtney B. Vance), searching for his missing father. Along the way, the trio “struggle to survive and overcome both the racist terrors of white America and the terrifying monsters that could be ripped from a Lovecraft paperback,” according to Deadline writer Nellie Andreeva. The show is a refreshing burst of color on the white-dominated American television landscape, featuring not just a predominantly Black cast, but two Black producers—series creator Misha Green and Get Out and Us filmmaker Jordan Peele—as well as numerous Black writers and directors. Here’s that trailer, in case you missed it:

This is exactly the type of narrative the U.S. needs right now, one that addresses this country’s deep-seated racism by simultaneously paying homage and subverting the tropes of one of the most infamously racist authors ever, H.P. Lovecraft. The talent behind the series and the quality of the two trailers already released hopefully indicate a damn fine, topical show. If that’s the case, fans of the series will no doubt become interested in the novel by Matt Ruff upon which it is based (read LitReactor’s book review by BH Shepherd here, and a deeper analysis by Bart Bishop here). And given that the show is by and large made by Black people, potential readers might expect the book to have been written by a Black man as well.

But it wasn’t. Matt Ruff is a white man, descended from Midwestern Lutherans of German descent.

To be clear, there’s nothing wrong with a white dude writing a novel about racial injustice, told from the perspective of Black characters, as long as said white dude handles the subject matter with care. This seems to be the case with Ruff, as Tor writer Alex Brown, a Black woman, notes:

That whole ‘write what you know’ adage has always been nonsense, but Ruff proves that here. He has clearly done his research here, and writes the Black characters with so much depth, variety, and complexity that I kept forgetting he is actually white.

I haven’t read Lovecraft Country myself, so I can’t personally speak to its merits, though I do plan to pick it up at some point, and it appears, based on the numerous positive reviews I’ve encountered, most people should too, if they haven’t already. But perhaps before they do, they should consider first reading another Lovecraft-inspired tale that is “a slap in the face to Lovecraft himself,” as Brown puts it, released, oddly enough, on the same day as Lovecraft Country, and that was penned by a Black man.

...if you’re itching for cosmic horror with a middle finger raised directly at the bigoted poster child for the subgenre, you should reach for Victor LaValle.

I’m of course talking about The Ballad Of Black Tom, the 2016 novella from Victor LaValle, which rewrites one of Lovecraft’s most flagrantly racist works, “The Horror At Red Hook,” told this time from the perspective of a Black man, Charles Thomas Tester. Set in New York City, 1924, the narrative follows Tester, also known as Tommy, as he gets sucked into a paranormal conspiracy with an eccentric old man, Robert Suydam, revealing “another world [existing] within—or alongside—the world he’d always known.” But much like in Ruff’s work, LaValle makes it clear that the true monsters aren’t eldritch beings in the form of skinny old ladies hiding out in Queens, nor are they colossal Sleeping Kings biding their time in the ocean’s depths; rather, there is only one true monster, and it is white supremacy.

And also like in Lovecraft Country, Black Tom shows us that white supremacy runs rampant among those supposedly in place to protect and serve, the police. LaValle explores this intrinsic racism through the shooting death of an unarmed Black man (a former officer turned private investigator—probably intentionally—mistook his guitar for a rifle), then demonstrates how white supremacy can reach apocalyptic heights when, late in the novel, a police force armed to the hilt with military artillery wipes out three tenement buildings in Harlem, a scene hauntingly similar to the Tulsa Race Massacre of 1921, where over three hundred Black people were murdered by white marauders, including members of the National Guard in airplanes. These scenes of militarized police forces also foreshadow the recent protests across the U.S. in the wake of the murders of George Floyd, Breonna Taylor, and Ahmaud Arbery, whose deaths represented the tipping point in a long, long line of police and citizen brutality against Black Americans. Prior to Black Tom’s publication, we had already endured the horrendous deaths of Trayvon Martin, Michael Brown, Tamir Rice, and Eric Garner—to name merely four in a much longer list—while the murders of Philando Castille and Alton Sterling would follow later in July 2016, with Botham Jean, Stephon Clark, Atatiana Jefferson, and many, many more to follow in the coming years.

...it has become routine—sickeningly so—to bear witness to police shootings of Black men, unarmed or lawfully armed, only to then hear law enforcement’s justification for why they committed murder. In these narratives, any action, reaction, or even non-action by a Black man warrants violent suppression by the police. In The Ballad of Black Tom, LaValle turns the very familiarity of these racist clichés into an indictment of how the stories justifying police brutality have themselves become a genre following familiar rules...

The Ballad of Black Tom reads like an allegory of our present policing crisis. It presents the genre of justifying police brutality as a more ghastly invention than anything H.P. Lovecraft dreamt up.

While written in December 2016, nearly a year after Black Tom came out, Nishikawa’s words remain true today, and as such, LaValle’s work is truly the novella we need right now. And yes, there is room for Matt Ruff and Lovecraft Country too, but in a time when we really need to support and celebrate Black artists, if you’re itching for cosmic horror with a middle finger raised directly at the bigoted poster child for the subgenre, you should reach for Victor LaValle and The Ballad Of Black Tom first.

Buy The Ballad of Black Tom at Bookshop or Amazon

Interesting, I haven't heard about that