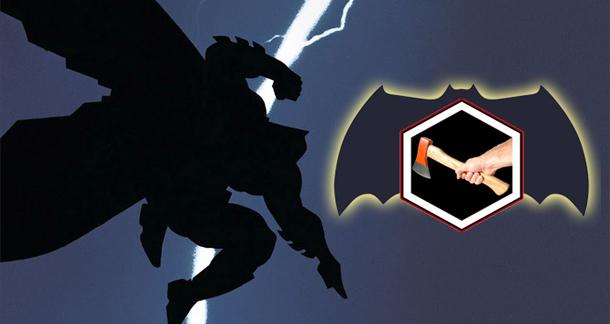 Happy birthday! "Culling The Classics" is a year old this month! We've somehow managed to sift through 12 classic works already, and I think many a "to-read" bookshelf is better for it. We've got some big plans for the next 12 months, but first, let's take a quick look back at our year in classics:

These are some big name books, and it'll be hard to top this list in our second year, but I think we've got a shot.

First, I'm proud to announce that we've got a few guest writers lined up, so you'll no longer have to take my word for it, as the great LeVar Burton is wont to say.

When people talk about the best comic books ever...this is one of the first books they mention. For new and younger fans, that sends the wrong message...

Third, we're going to bring in classic works of graphic fiction as well, starting with the first CTC of our second year, Batman: The Dark Knight Returns. Bats just celebrated his 75th birthday this month, so who better for our first foray into comicdom?

Placed at or near the top of several "greatest graphic novels" lists, and considered by some to be the best Batman story ever told; cited along with Alan Moore's Watchmen as being one of the most influential works of graphic storytelling for contemporary comic book writers and artists; the main inspiration behind the 2012 Christopher Nolan film The Dark Knight Rises, kinda; Goodreads rating of 4.27.

After more than a decade of living the quiet billionaire playboy life, Bruce Wayne decides to bring Batman out of retirement at the age of 55 to stop a wave of crime that has overtaken Gotham City.

Are you a middle-aged man who has been reading comic books since you were a kid? Are you freakishly obsessed with Batman? Are you dying to prove that you're really into comics and know all about their history and the importance of older works? Are you...nope, that pretty much covers it.

Reasons you may not enjoy Batman: The Dark Knight Returns:

Did I miss anything? I think I got it all. 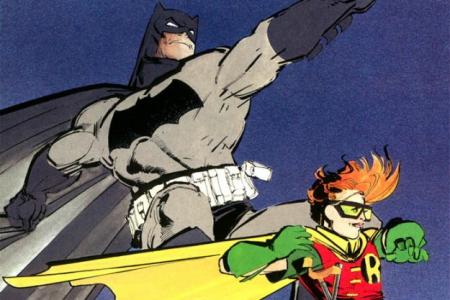 The comic book industry is experiencing something of an indie renaissance currently. Companies like Vertigo, Image, Dark Horse, Archaia, Oni, and First Second are putting out gorgeous books that tell incredible stories that have nothing to do with superheroes. The Big Two, Marvel and DC, still run the show, but there are so many more graphic storytelling options these days than ever before. With this influx of great independent comics work has come a startling realization to many a long-time comic book reader: a lot of superhero stories just aren't that good.

For so long superheroes dominated the market to the point where liking comic books and liking superheroes were essentially the same thing. As such, "good" stories were usually the ones in which a character you loved did something edgy or unexpected or was put into a completely new situation. Batman: The Dark Knight Returns is definitely one of those stories. Bruce Wayne is old, Commissioner Gordon is retiring, Gotham City is falling apart, and Batman has become little more than a myth parents tell their children to keep them from turning into delinquents. If you're a Batman fan, and you've seen the guy take face punches for 700+ issues (and that's just Batman, mind you; there are 800+ issues of Detective Comics, dozens of shorter series that lasted from 2 on up to 300+ issues, and countless annuals, one-shots, and stand-alone graphic novels), then this is a new take on a beloved character. If you're not a Batman fan, though, then this is basically just Sin City with a cape and cowl.

When people talk about the best comic books ever, though, this is one of the first books they mention. For new and younger fans, that sends the wrong message, because these days there are so many more options than Man Who Gets Punched In The Face For 75 Years. Brian K. Vaughan's Y: The Last Man and Saga are both award-winning books that are wildly different than the usual superhero fare most people think of when they hear the word "comics" (and his Ex Machina and Runaways are excellent examples of superhero books done differently). Bill Willingham's Fables is more than 100 issues of exiled fairy tale characters trying to survive in our non-magical world. David Petersen's Mouse Guard is a gorgeous series that chronicles a group of mice who've made it their business to protect the animals of the forest from bears, owls, and weasels. John Allison's Bad Machinery is an amazing webcomic about a group of English schoolchildren who solve mysteries in a town that inexplicably just happens to have a bunch of magical creatures running around like it's no big. Chew and American Vampire and Scott Pilgrim and the works of Hope Larson and Jess Fink and Alison Bechdel are all phenomenal, but Batman: The Dark Knight Returns is one of the best graphic novels ever written?

It's not a terrible book. It has a lot of good qualities if you're someone who enjoys superhero comics. Otherwise, though, it's going to be a major letdown. Read Royden Lepp's Rust instead, or Brian Azzarello's 100 Bullets, or Stan Sakai's Usagia Yojimbo, which probably gets my vote for the greatest comic book series ever written. I'm mostly listing writers and writer/artists here, but only because I'm a writer. All of these books are beautiful and feature absurdly talented artists, inkers, and letterers. Try something. Try anything. Just don't make it Batman: The Dark Knight Returns.

Not having it. Deserves its sacred cow status.  Why? Cause I fukin annote it so

It's a great book and I love it