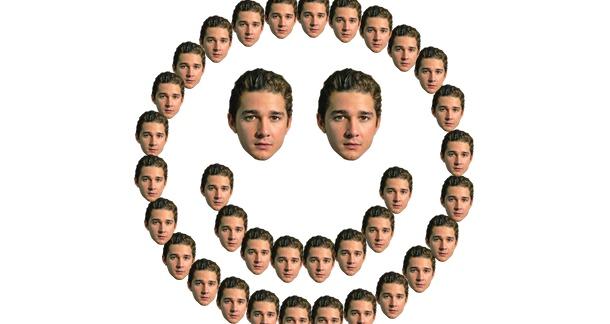 Remember that talk we had? No, not that one; the other one. No, not the seahorses; the other other one. The time we talked about how creativity is based on the combination of existing ideas. It’s time to revisit that topic because — as with all good ideas — someone has managed to mess it up by taking it to the extreme.

And fair warning: This article mentions Shia LaBeouf. I know, I know, I didn’t want to either, but it had to be done.

I’ve written repeatedly about combinatorial creativity, the concept that we don’t come up with original ideas, but rather create things from the media and experiences we’ve consumed. In the aforementioned LitReactor article, I wrote about claims that some genre writers have plagiarized the ideas of others. For instance, the argument can be made that the Harry Potter universe is a rip-off of Ender’s Game. Of course, this is absurd, and combinatorial creativity helps us understand how something can be genuinely “new” and still owe a debt to everything that has come before.

Combinatorial creativity helps us understand how something can be genuinely “new” and still owe a debt to everything that has come before.

And then Shia LaBeouf had to go and do something stupid. Well, more stupid than usual. In this instance, he claimed that a case of blatant plagiarism he committed wasn't actually plagiarism because he was merely appropriating the work of others into a piece of poorly defined performance art about plagiarism.

Don’t bother trying to wrap your head around it. Unfortunately, some people have, and they’ve raised the question of where creativity ends and plagiarism starts.

I was asked to appear on a segment of HuffPost Live to discuss this, and it became clear to me that we need to talk more about combinatorial creativity and plagiarism, because one is not the excuse for the other.

This idea is an important one to consider, especially as modern technology makes it easier to find, sample, or outright steal the work of other creators. It’s no surprise that Austin Kleon, who has talked for years about the idea of combinatorial creativity, followed up his book Steal Like an Artist with a sequel called Show Your Work. There’s a genuine need for people in the age of remix and reboot to understand how media should influence their creative process, and how to share our creations responsibly.

After all, we can’t all use performance art as an excuse.

It’s essential to understand that our ideas are built on the ideas of others, but the next step, as Kleon has implied, is to recognize and respect your influences.

Respect is not taking parts of another work wholesale. It’s acknowledging influences and trying to add something new to the idea. Even works that deliberately crib from another creator—such as homages, parodies, and remixes—still need to show their debt.

Ultimately, the difference between combinatorial creativity and plagiarism comes down to intent and honesty. If your intent is to be inspired by a story, rather than trying to fool people into thinking it’s yours, then you will naturally create something new in your work. The results of the other option should be apparent.

There’s also an element of maturity to combinatorial creativity. Our ability to mix influences into a new seamless whole is a skill that’s honed with practice. There’s a reason so many writers got their start with fan fiction, or by trying to imitate the style of their favorite author. And that’s great! But they also kept practicing and working with new influences until they created their own style and their own literary universes.

Be honest about where you get your ideas. There’s a sort of honor system amongst writers and other creators. Keep in mind that it’s increasingly easy for plagiarism to be caught in a world where Google is a click away. Even if your intent isn’t pure, at least realize that you’re an idiot for thinking you can get away with anything.

Unless of course, you’re willing to carry the ruse to ridiculous lengths. In which case, Shia already did it so much better.

I pretty much agree, but I wish to point out we don't always "consume" experiences. Perhaps one could argue that intake of informational media amounts to consumption, and that that is an "experience," but not all living experiences about which one could write or express through language are instances of consumption.

"Ultimately, the difference between combinatorial creativity and plagiarism comes down to intent and honesty. If your intent is to be inspired by a story[...]"

It's nice to see this topic get some attention.  I'd say part of the difference is that true plagiarism is purely a choice, while inspiration isn't really a choice but a reaction.