Confessions Of A Stay-at-Home Hack: An Introduction* 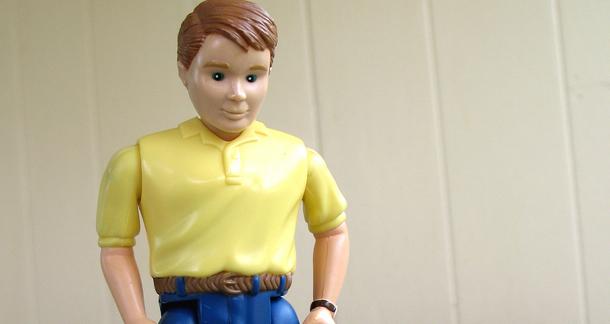 I’ll be blunt, I thought I was going to have all the kids I was going to have when I turned forty. Which was perfectly fine with me, we were lucky enough to have our Sadie. She’s funny and intelligent (although, she’s prone to intellectual boredom, like her Pop. But that’s going to be her cross to bear, just like it is mine. Hopefully, I’ll be able to give her a few tips to get past certain hurdles), and just about my favorite person. The only person I like more is Mrs. Rawson for the obvious reasons. We started trying to expand the Rawson universe after Sadie turned five.

And we tried some more.

Not that all the trying was awful. But there’s a point when trying-to-have-a-baby sex becomes a part-time job and the managed and timed booty-calls are lusterless.

I’ve learned a few things while writing and parenting full-time that I don’t mind passing along, and there’s also a ton of shit I’m just lousy about.

I’m not the type of guy who gets bent out of shape about age. It’s a number, blah, blah, blah, insert all the usual shit middle-aged dudes say about life when they’re past forty and unwilling to admit they aren’t young anymore. But for me, forty meant no more children. We had the one, we had our Sadie. Life was awesome. It became even more awesome when I was about to turn forty-two, and I quit my job.

Waa, waa, waa,** you’ve heard this all before (and if you haven’t, click Here and Here). I became a full-time writer, did lots of ghost and article writing while hacking away at my own stuff. Things were going well. We were a little anxious, of course. Going from full-time day-job pay to freelancer pay is fucking insanely nerve-wracking; you walk a razors edge from month-to-month. But overall, we were doing great as a family. We started doing stuff like eating right and exercising. We spent more time together as a family. Mine and Mrs. Rawson’s sex life became more robust (I was to learn later that Mrs. Rawson had also said adios to the idea of baby #2 about a year after I did).

“We’ve gotta go to the store.”

“Why do you always gotta ask why? Your mom called from work and asked me to pick something up for her, and you can’t stay home by yourself.”

“Stop yourself before you even ask. Let’s just go.”

“What’s mom want from the store?”

“What difference does it make?”

“Are you going to be this way the whole way there?”

Baby Rawson #2 made her way into the world on December 25, 2015, the same birthday as my Grandpa and Jesus, and suddenly I wasn’t just the weirdo next door who never leaves the house. I was now the weirdo with the baby. I was the dude with the unruly beard, chomping a nicotine suppressing wad of gum and pushing a baby carriage through the mall in the middle of the 115-degree Phoenix summer. ****

I was a stay-at-home dad.

But I’m also a writer, and I still want to make a living at it.

I don’t want to go back to some fucking job after the baby’s in school. So, here’s the deal, you’re going to act as my sounding board. I’ve learned a few things while writing and parenting full-time that I don’t mind passing along, and there’s also a ton of shit I’m just lousy about, and I might ask for other people’s advice now and again. Because if there’s one thing I’ve learned over the past few years, there’s a lot of us out there writing in-between making dinner and changing diapers, and maybe we can help each other out from time-to-time.

* I’m going to be changing the title of the column from month-to-month. But if it has a variation of writer and dad in the title, it’s this column.

*** This is an actual conversation between myself and my then nine-year-old daughter. I don’t overshare with her, but I also don’t keep things from her, either.

**** I soon discovered that at least here in Phoenix, there’s kind of a dress code for stay-at-home dads that runs towards thick, unkempt beards, chewing huge wads of gum, and tattoos. I’m a huge fan of two-out-of-three of them.

This is beautiful work. It's simple and honest and personal. Thanks for taking a chance and writing about something real. I appreciate it. I called my child rearing writing,  "Housewife Slop Poetry" so I relate to "Stay- at- Home-Hack".  It was a beautiful difficult time of my writing life. This column is so alive. Thanks.