Book vs. Film: "If Beale Street Could Talk" 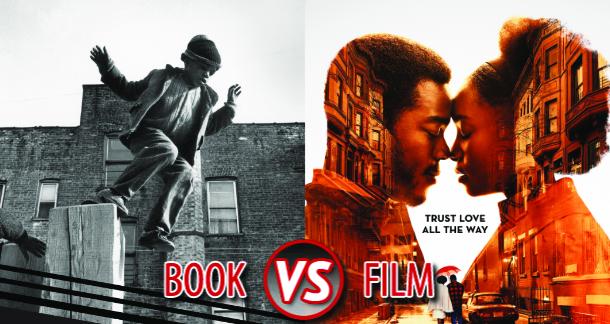 If ever there was a time for a cinematic James Baldwin adaptation—and thus a resurgence in interest in the author (because these things so often go hand in hand), that time is now. Why? The opening paragraph of a short biographical piece on Baldwin from the American Masters series's webpage answers that question:

Although he spent a great deal of his life abroad, James Baldwin always remained a quintessentially American writer. Whether he was working in Paris or Istanbul, he never ceased to reflect on his experience as a black man in white America. In numerous essays, novels, plays and public speeches, the eloquent voice of James Baldwin spoke of the pain and struggle of black Americans and the saving power of brotherhood.

Additionally, as Michael Cuby notes in his Vice article on I Am Not Your Negro, a 2017 documentary about the author, "it's important to remember that not only was James Baldwin unapologetically black, but he was also unapologetically queer." Cuby also writes:

For every The Fire Next Time, Baldwin's 1963 book of "letters" about the racial injustices he experienced growing up in Harlem, he also wrote a Go Tell It on the Mountain, his 1953 novel about a young black boy discovering himself, featuring a number of allusions to his developing homosexuality. And for every Notes of a Native Son, his 1955 collection of essays about black life during the early civil rights era, he also had a Giovanni's Room, his most directly homoerotic work....For Baldwin, it was important to be completely honest in his writings, no matter what that may have revealed about his personal identity.

It is fitting, then, that in 2019, when people of color and members of the LGTBQ community face intense oppression and erasure, filmmaker Barry Jenkins chose to adapt a novel by a man who spoke not only for disenfranchised black people, but also disenfranchised queer people; and that furthermore, Jenkins chose among Baldwin's numerous works, his 1974 novel If Beale Street Could Talk, which tells the story of Tish, a 19-year-old woman who grapples with pregnancy while also fighting for the life of her boyfriend and the father of her child, Fonny, who has been imprisoned for a sexual assault he absolutely did not commit. He was framed by a racist white cop, Bell, intent on throwing Fonny in jail for no other reason than he is, like his creator, unapologetically black—the exact phrase Bell utters is, "I'm going to fuck you, boy," and the sexual overtones of this statement are almost assuredly intentional—suggesting a latent lust of the black flesh Baldwin writes extensively about in the book.

While not overtly political where gay rights are concerned, Beale Street is ferociously critical of white-dominated society's system of instilling self-loathing in black American men and women. The genesis of this novel may stem from a 1970 letter Baldwin wrote to political activist Angela Davis, after her arrest on trumped up charges of supplying weapons to militant terrorists (for which she was later cleared). "Brother James," as Baldwin signed the letter, told his Sister Angela:

The American triumph—in which the American tragedy has always been implicit—was to make black people despise themselves. When I was little I despised myself, I did not know any better. And this meant, albeit unconsciously, or against my will, or in great pain, that I also despised my father. And my mother. And my brothers. And my sisters. Black people were killing each other every Saturday night out on Lenox Avenue, when I was growing up; and no one explained to them, or to me, that it was intended that they should; that they were penned where they were, like animals, in order that they should consider themselves no better than animals. Everything supported this sense of reality, nothing denied it: and so one was ready, when it came time to go to work, to be treated as a slave. 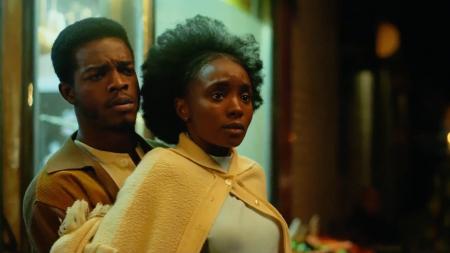 Fonny's false imprisonment, and the seemingly futile battle waged by Tish, her family, and a sympathetic white lawyer practically working pro bono, effectively sum up Baldwin's above remarks. The system is set up to keep black men and women down, to keep all people of color down, to keep Jewish people down, to keep all women down, and to use their systemic victimization and violation against them, as seen with Victoria, whose horrible, traumatizing sexual assault Bell exploits to "fuck" Fonny.

Of course, Beale Street is so much more than this, in the same way that Baldwin himself was more than an "angry black man," as Hugh Hebert points out in his 1974 article from The Guardian:

...if you feel from reading his books that [Baldwin] is working at a vast tragedy, he would not agree. He talks instead of optimism and pessimism: and he is an optimist.

'Every poet is an optimist,' he says. But on the way to that optimism 'you have to reach a certain level of despair to deal with your life at all.'

There is tremendous despair in Beale Street, but there is also passionate love between Tish and Fonny, a love that is simple, innocent, at times even naive. But they, like their parents and ancestors before them, must come to that "certain level of despair" before they can know optimism.

And yet, while not pessimistic, uncertainty features heavily in the novel, especially at the end. Fonny's father Frank, unable to reconcile with his despair, kills himself, and Tish goes into labor. Baldwin concludes his story here, with Tish desperate but unable to visit or phone Fonny and tell him both the gut-wrenching and joyous news, the fate of her child (a symbol of hope) unanswered, Fonny's trial date and the sealing of his fate one way or another left hanging in the balance. Things may end up okay for this painfully young couple, things may not, and this ambiguity is key to Baldwin's intent, as a quote from the author at the beginning of Jenkins's film reveals:

Every black person born in America was born on Beale Street, born in the back neighborhood of some American city, whether in Jackson, Mississippi, or in Harlem, New York. Beale Street is our legacy. This novel deals with the impossibility and the possibility, the absolute necessity, to give expression to this legacy.

Beale Street is a loud street. It is left to the reader to discern a meaning in the beating of the drums.

Despite this emphasis on uncertainty, emblazoned from the get-go across the screen, Jenkins does tip the scale slightly more in favor of hope and optimism than his literary counterpart. (This ending, by the way, is the only change from book to film worth discussing; all other adjustments are inconsequential, and apparently in line with Baldwin's own wishes for an adaptation.) Frank's suicide is excised altogether; furthermore, we see the child born, and we see him years later accompanying his mother to the prison where his father still resides. Fonny agreed to a plea deal, as, Tish notes, "so many men" in his position end up doing, so we know that one day he will leave his cage. They seem happy, however, in the face of this despair, looking forward to the day Fonny comes home. 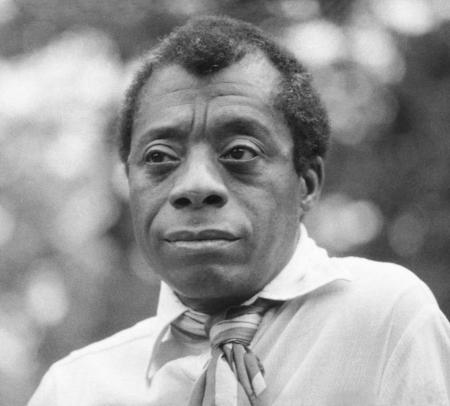 While still infused with uncertainty, this decidedly more hopeful ending remains in line with Baldwin's vision. As Gabrielle Bellot notes in her article for The Paris Review: "Baldwin’s glimmer of faith in the world he volcanically condemned was even more extraordinary because, though the deck was stacked against him, he resisted succumbing to despair."

Tish and Fonny persevere, despite also having the deck stacked against them. As Tish's mother Sharon advises her, they cling to love and trust that love will keep them safe, no matter the circumstances. This is a deeply important message not only for black Americans, for people of color, and for queer people, but for all Americans, for all people. Resistance is key, but it isn't just about resisting oppression and draconian/hateful lawmaking, but also resisting one's own temptation to give in and give up. The despair may seem too much to bear, but, Baldwin argues, it is the only way forward.

And this is not only an important message for 2019. These societal ills currently intoxicating America have effectively been around since this country's inception, and though harmony is attainable, the fight will not likely end any time soon. In this way, we should keep works of art like Beale Street—both Baldwin's novel and Jenkins's beautiful film—close to our hearts.

Whenever I have to choose between the film or books, I would definitely select the first one. I was recommended by my friend to buy best dissertation writing service online and then watch movies you talked about freely. I believe that movies are an excellent source of entertainment as well as they give a better visualization of different things.