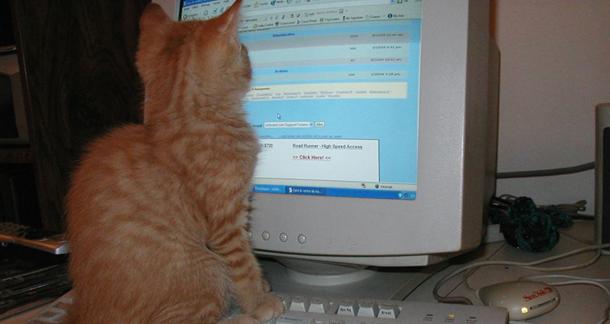 There are some books you expect certain authors to write. But sometimes, you come across a book that you usually wouldn’t read, written by an author you usually do read. The book is so outside the author’s norm, you just don’t know how to comprehend what you’re holding. Sometimes these books are terrible, and sometimes they are unexpected masterpieces. What follows is a collection of my favorite "wait, who wrote this?" books. 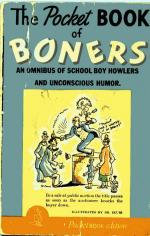 'The Pocket Book of Boners' by Theodor Seuss Geisel (1941)

The Pocket Book of Boners is an omnibus of four books published in 1931-1932 called Boners, More Boners, Still More Boners, and Prize Boners for 1932. Sadly, we view the word “boner” considerably different than how we used to back in the ‘30s. The actual definition of “boner” is “a stupid or clumsy mistake”, which I suppose could also be an appropriate way to define the modern boner. The Pocket Book of Boners collects various jokes and amusing observations, such as “Polonius was a mythical sausage.” It also featured an abundance of racism with lines like, “General Smuts are what all the different black races are called in the north-western quarter of Africa.” So who wrote it? Well, once you see the interior illustrations, the answer is a no-brainer: Theodor Seuss Geisel. Yes. That’s right. Dr. Seuss wrote and illustrated something called The Pocket Book of Boners. 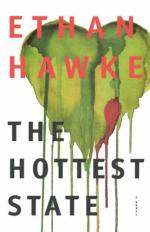 The Hottest State chronicles one year in the life of an aspiring young actor named William. He meets a woman in a bar and his life is changed forever. It’s not the most exciting plot, but there you have it. In 2006, Ethan Hawke adapted the novel into a film. Which makes sense, since he’s also the guy who wrote the novel back in ’96. And it’s not his only book, either. There’s also 2002’s Ash Wednesday. Weirdly enough, 2002 happens to be when Linklater’s Boyhood began filming (production would end in 2013). Hawke hasn’t written another novel since Ash Wednesday. We’re not saying Boyhood had anything to do with this long writing hiatus, but it’s certainly suspicious. What did Richard Linklater do to poor Ethan Hawke? 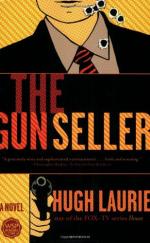 The Gun Seller is a spoof of the spy genre. It is a witty and genuinely entertaining tale of an ex-military man, Thomas Lang, who finds himself drowning in conspiracy and terrorism. It grips you from the first sentence (“Imagine that you have to break someone’s arm.”) and doesn’t let go until the end. Since, like The Hottest State, this was released in 1996, obviously the author of this book is a famous actor. This time around we have Mr. Hugh Laurie, most known for starring in the television show, House. I’m not sure what was going on in 1996, but it was apparently a good year for actors to write novels. Also, Laurie supposedly submitted his novel under a pseudonym to avoid being accepted based on his name alone. After it was accepted, his publicist eventually convinced him to use his own name. Which was probably smart, because as we all know, nobody cares about your book unless you’re famous. 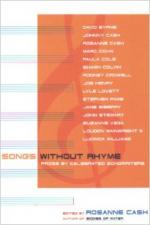 I’m going to cheat here and talk about a short story instead of a book, as the title of this article promises. I know this may be upsetting to you, but I cannot not include this science fiction short story about a future United States being conquered by the Soviets. What makes it so special is the author is a man named Johnny Dollar, which is a pseudonym for a musician you may have heard of named Johnny Cash. Cash evidently wrote dozens of science fiction stories under this name, published in various magazines and journals. His daughter, Rosanne Cash, collected “The Holografik Danser” in the anthology, Songs Without Rhymes. 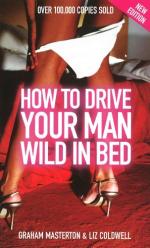 How to Drive Your Man Wild In Bed, along with dozens of other sex instruction books, such as How to be a Good Bad Girl, Isn’t it Time You Did Something Kinky?, Girls Who Said Yes, and many, many others, are all written by a guy who’s written more horror novels than you’ll probably ever read in your lifetime. You likely know him best from his popular Manitou series: Graham Masterton. Masterton has written pretty much everything, it seems, and that does not exclude a number of sex instruction books, which is perfectly cool, of course, but I can’t be the only one who found this discovery amusing. 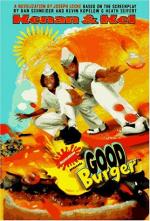 Anybody who grew up in the ‘90s can tell you at least one thing: Good Burger is the greatest film in the world. After they tell you this, it is safe to assume they will immediately excuse themselves to the bathroom to vomit away their shame. I am going to allow the market copy for the film’s novelization to speak, as far as the plot goes: “Good Burger's in trouble! Mondo Burger is opening right across the street. After a star-studded premiere, people are crowding into the glitzy burger palace to chow down on Mondo's monster burgers. Good burger is done for!” If that doesn’t get your blood pumping, then you’re probably dead. You might want to see a doctor about that. Or a mortician. But who could have been hired to pen a novelization for such a totally rad film like Good Burger? Why, none other than one of the greatest modern horror writers of our time: glorified badass, Ray Garton! If you aren’t familiar with Garton’s body of work, then change that immediately. When he isn’t writing about Good Burger (under the name Joseph Locke) and stabbing drug addicts with decorative fantasy knives, he also writes some of the darkest, greatest horror you’ll ever come across.

So, what did I miss? Leave your own discoveries in the comment section. I'm always on the hunt for more of these beauties.

I tried! Editorial denied the entry. :(

Joshua Chaplinsky from New York is reading a lot more during the quarantine May 15, 2015 - 8:37am

Okie doke, thought I seen everything. A good burger novel. So that's what's considered literary these days. Popping my noes back into Hardy now.

To be fair, the Good Burger building itself is quite a developed character. Look at all those birds eye views.

Gordon Highland from Kansas City is reading Secondhand Souls by Christopher Moore May 15, 2015 - 10:02am

It was more high-profile than most of these, but a lot of folks (except those who actually watched his show) would be surprised how good Craig Ferguson's books are. I actually liked his nonfiction one (American on Purpose, which hilariously illustrates how patriotic immigrants often are) a little more than his novel (Between the Bridge and the River), but it was still exceptionally well-wriiten for a TV comic.

Joshua Chaplinsky from New York is reading a lot more during the quarantine May 15, 2015 - 1:35pm

See, Max? You didn't even need to include it to get your lulz.

I love the universe.

Dean Koontz wrote a book of relatively cheesy and unimpressive (but don't tell him I said so) children's poetry called "The Paper Doorway". One of the poems, if I recall correctly, is about a giant potato.