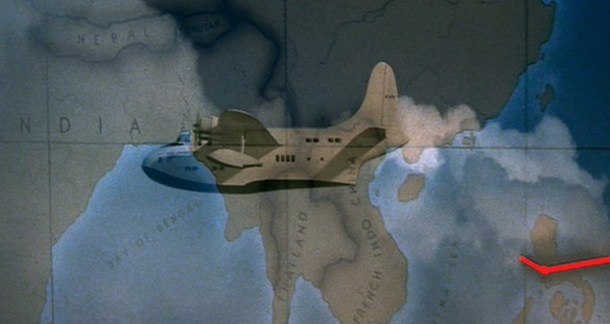 Are you serious about expatriating to another country, given America's current political climate? Want to go to a place that will embrace your writerly tendencies? At the very least, do you want to know about some nerdy writer things to check out while you're abroad? These five foreign cities have what you're looking for.

Scotland would be an ideal expatriation destination: it's close to the rest of Europe, allowing for easy access to other cities for daytrips and vacations, there are plenty of pubs, and most everyone speaks English, provided you can get used to some of the heavier brogues. And for writers, it doesn't get much more lit-friendly than Edinburgh. The city hosts its annual Edinburgh International Books Festival, which, according to the event's website, welcomes "more than 800 authors in over 700 events each year including novelists, poets, scientists, philosophers, sportsmen, illustrators, comic creators, historians, musicians, biographers, environmentalists, economists, Nobel and Booker prize-winners and many more besides." It's kinda like Woodstock for writers. Previous authors in attendance include Margaret Atwood, Neil Gaiman, Douglas Coupland, Toni Morrison, the late Harold Pinter, J.K. Rowling, Michael Faber, and Salman Rushdie, just to name a few. 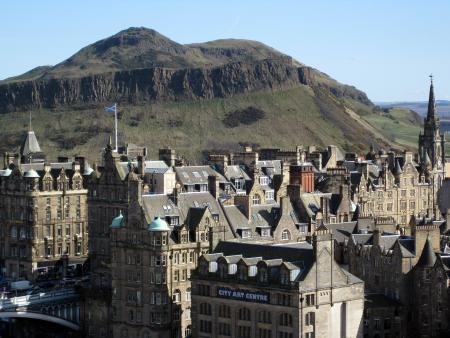 But it isn't just the EIBF. The United Nations Educational, Scientific and Cultural Organization (or UNESCO) named Edinburgh its first "City of Literature" in 2004. From the official COL webpage you can find a wealth of info on happenings around the city at any given time—including the Edinburgh Literary Pub Tour and a sightseeing venture dedicated to Dr. Jekyll & Mr. Hyde—as well as numerous city landmarks, libraries, attractions and an extensive A-Z listing of bookshops. You could spend one week in Edinburgh and likely never see it all.

Whenever Americans talk about expatriating, Canada is usually their top destination, possibly because of its close proximity to the homeland—you could easily drive there from anywhere in the US—not to mention it's a mostly English-speaking country, so one wouldn't have to become fluent in a new language in order to get by there. But of course, Canada is a humongous country, and you'll have to decide in what city you'd like to take up new residence. If you're a writer, Toronto has a wealth of writerly things to enjoy. CBC's website offers a list of some of the highlights, including the Toronto Reference Library, the largest library in the city's system, which features modernist architecture and numerous special collections, including the Arthur Conan Doyle Collection, "which happens to be kept in a room modeled after Sherlock Holmes' Study." The second floor of the Reference Library houses the Bram & Bluma Appel Salon, which hosts big-name author readings and other events. Upcoming appearances include Margaret Atwood, Etger Keret and Roxanne Gay, just to name a few.

There are a wealth of bookstores around the city, including dedicated shops for science fiction, comics, and even New Age/the occult, but perhaps the most famous of the lot is Type Books, which gained international attention back in 2012 when their charming stop-motion ode to the printed page "The Joy of Books" went viral.

Last but not least, Toronto hosts the annual International Festival of Authors, which "brings together the world's best writers of contemporary literature for 11 days of readings, interviews, artists talks, round table discussions, public book signings and a number of special events," according to the festival's website. This year's lineup hasn't been announced yet, but in 2016 alone the festival hosted Margaret Atwood (there's that name again!), Emma Donoghue, Michael Ondaatje, Annie Proulx, Jeff VanderMeer and Anne VanderMeer, among others.

America's other border buddy and potential future partner in amateur racquetball games / sharer of Banksy canvases (you know, because of the wall), Mexico is certainly a viable expatriation option (just be sure to get fluent in Spanish). Probably the best bet for destinations within that country is Mexico City, especially if you're a writer. There's a pretty excellent guide to the city's literary culture over at Ploughshares by Daniel Peña, which outlines past and present writers in residence, as well as the various cafes, parks and bars where one can get some writing done, including the La Opera Bar, where Gabriel Garcia Marquez, Carlos Fuentes, Julio Cortazar and Juan Rulfo, among others, came to hammer out their manuscripts. For a quieter atmosphere, you can go to the Biblioteca Vasconcelos, a public library conveniently located at the intersection of major public transportation stops. Of course, you can also obtain books here, and the presentation of materials at the BV sounds like a bibliophile's dream come true. Writes Peña:

The library was designed by Mexican Architect Alberto Kalach and features staggered shelves of books that go up eight stories high so as to make it appear as if the books are flying. There are several sculptures within and outside the library itself—most notably Bellena, a whale made entirely of wood that is suspended between the first and second floors of the library, by Mexican sculpturist Gabriel Orozco.

Where bookstores are concerned, Mexico City has plenty to choose from, but the one that stands out the most is the Librería Porrúa Chapultepec, which is surrounded by a park and has a tree growing right through the middle of the shop. 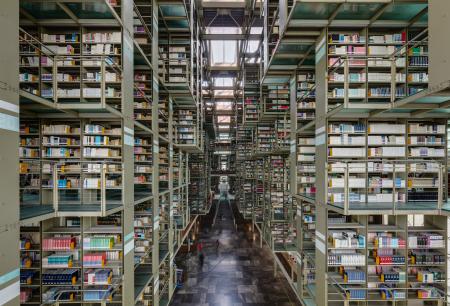 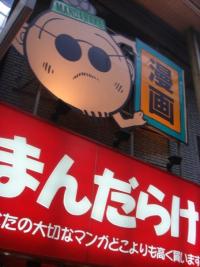 If you like the idea of getting away from Anglo-Saxons completely, but don't think Mexico will suit your needs, why not go to Japan? Specifically Tokyo, former/current home to writers such as Yukio Mishima, Natsume Sōseki, Yukiko Motoya, Banana Yoshimoto, and of course Haruki Murakami. There is a museum dedicated to Mishima, which houses his library and manuscripts, as well as some of his personal items and paintings. The museum is also an institute dedicated to the study of Mishima's writing. As for Murakami fans, there is an unofficial walking tour dedicated to the author and the various locales appearing in his novels, compiled by New York Times writer Sam Anderson (the origins of Murakami's breast obsession are not discussed).

There are bookstores galore in Tokyo, including Kinokuniya, which is a must-see according to The Culture Trip, despite "it being the country's biggest chain bookstore," because the shop "comprises eight floors of books, stationary, literary figurines, you name it. The store is so vast, that they rent a separate building just to house the manga." And speaking of Manga, there is the "Mecca of manga", Mandarake, the world's largest bookstore dedicated to that medium, with particular emphasis to the Japanese language titles. Don't speak Japanese all that well? No problem. Tokyo has a bookstore for that, Bonjinsha, which stocks nothing but books and materials on learning the language. When you've polished up your skills to read fluently enough, you can check out Shibuya Publisher and Books, a shop all about promoting lesser-known and hard-to-find titles.

Finally, if you just want a place to literally curl up with a good book and fall asleep, book a stay at Book and Bed, an "accommodation bookshop," though they don't actually sell books there. They also do not offer the "perfect setting for a good nights sleep," according to their website. "There are no comfortable mattresses, fluffy pillows nor lightweight and warm duvets." What they do offer is the chance to literally sleep inside a bookshelf, which sounds kinda cool, even if the hotel/hostel promises their beds are uncomfortable. 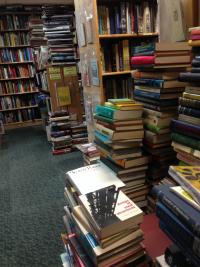 UNESCO's second City of Literature, established in 2008, Melbourne is the ideal destination for any writer considering Australia as their new home. The city hosts its annual Melbourne Writers Festival, which has in the past featured writers and artists such as Max Barry, Lauren Beukes, Laurie Penny, Yann Martel, and PJ Harvey, just to name a very short few.

Bookshop-wise, there's City Basement Books, which is exactly what it sounds like (a bookshop in a basement), and it's the kind of store with books piled up everywhere, making for fantastic stack searching. For a more polished experience, there's Reader's Feast Bookstore, located on the city's premiere shopping destination, Collins Street. On that same street you can find Kay Craddock Antiquarian Booksellers, which "offers a large and diverse stock of antiquarian and second-hand books, ranging from the fifteenth to the twenty-first centuries, covering most subjects and price categories."

Melbourne is home to the Wheeler Centre of Books, Writing and Ideas, which the City of Literature website describes as "an established arts organization within the city, continually curating a programme of innovative events as well as fostering important discussions about the role of art and culture (plus many more)" in the city. Current discussion series include Invasion of the Pod People (dedicated to the storytelling art of the podcast), The Longform Society (a reading club for longform essays) and The Next Big Thing (a monthly focus on new and upcoming Australian writers). Additionally, the centre hosts author readings and talkbacks, typically with focus on native writers, which is a great way to familiarize yourself with both Melbourne and the larger Australia's literary scene.

These are but five cities out of an entire world a would-be expatriate writer could live in. What are the cities you'd recommend? Let us know what you think in the comments section below.

Thanks Christopher. You have just cracked the shell of the rotten egg.

The temptation to expatriate definitely wafts through the halls these days, so this is timely.

I have just petitioned the wise ones (and I say that with regard) at LitReactor for an ongoing conversation on how to stay in America and not lose our minds.

Edinburgh, Melbourne, and Mexico City beckon to me, but I don't think my wallet has the capacity to answer. Plus I have an investment in my home that might hold me here, even as we are bombarded with Steve Miller's head smacking rhetoric over the week-end.

Your article is a breach in the great wall of silence. It might not be the conversation I am looking for, but it is a start in noticing a world outside these hallowed halls of writerly absorption. Kudos.

Joshua Chaplinsky from New York is reading a lot more during the quarantine February 13, 2017 - 10:40am

If I were any of these places, I'd be like, "Keep those damn American immigrants out of my country!"