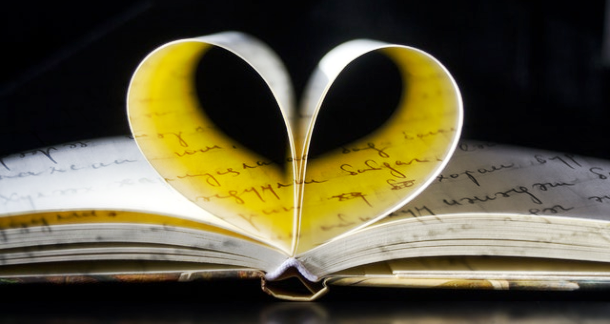 There are plenty of lists of love poems on the internet. But while most feature timeless classics that should be essential reading, these lists crowd out some lesser-known poems that seek to depict the state of love with an edge of the contemporary, or with a heartbreak or whimsy that won’t qualify for lists geared towards Valentine’s Day crowds.

So set aside your violets and tulips and summer days, and let’s take a look at some romantic poems you may not have heard of before, but which deserve your attention just the same.

I want to be whisked away to Arizona

and kissed in the depression of the Earth.

This is a wish-poem, expressing a dream, with no less determination and sweeping velocity than a Broadway ‘I Want’ song. Cinematic in scope, this is a poem that takes you by surprise with its specific wishes and leaves you with a rush of hope.

as they cover me in cobwebs.

In the absence of the poet’s beloved, the spiders on their side of the bed claim their space and voice. A poem about the haunting silence of absence, "To My Eight-Legged Lover" looks at a heartbreaking love story through a lens of dark humor.

Nothing my thumbs press

will ever be heard.

This arresting sonnet by the former UK Poet Laureate is often neglected in favor of her more overtly Valentines-themed poems, but it deserves more readers. Quiet and humble, it looks at an aspect of contemporary reality that may appear prosaic, but makes up the fabric of most modern day love stories: text messaging.

Beside the window the bed;

the afternoon sun used to touch half of it.

Cavafy is widely appreciated in Greece, and has considerable reach among international readers. Yet his poems of queer romance seldom appear in lists of love poems, so it seems befitting to include this reticent poem here: standing in a room where he used to meet his lover, the persona recalls the many hours they spent there together, in stark contrast to the corporate use currently made of the space.

That’s what I saw, that night when you

pulled your mouth from mine and

leaned back against a chain-link fence,

in front of a burned-out church

Kim Addonizio’s "First Kiss" is an act of interpretation: looking at her lover’s face after their first kiss, the persona contemplates the parallel of helplessness between her relationship with her infant daughter and her exchange of tenderness with her lover. In both, she sees a tender willingness to trust one’s self in the hands of another.

to say I love you

to the inevitability of my solitude.

This poem hovers ambivalently between the possibility of love for another and love for the self. Set against a vividly coastal backdrop, it captures a moment of crisp awareness of presence and absence, and ends on a note of resolution.

You never know who or what’s right around the corner of life — and Jane Hirshfield’s poem zooms in on a number of such small moments of ignorance. Exacting and precise, "Meeting the Light Completely" combines a gentle sadness as well as wonder for our powerless lack of control, as we sit back and let the universe do its thing.

8. ""Love Elegy in the Chinese Garden, with Koi"" by Nathan McClain

Because who hasn’t done that—

loved so intently even after everything

When pride gets mixed into romantic feelings, feeling humiliated (or ‘dumb’ as this poem calls it) is a pretty common result. But there’s nothing else common about this sensitive poem where the poet identifies with the koi fish and their blind trust in a fickle and changeable world.

struggling to make it to Calais,

I swam into Laura halfway across.

This humble sonnet will bring a smile to your face. With its simplicity and honesty, it answers the question of the title, inviting the reader into a private moment and sharing the singular feeling of excitement inherent in meeting someone new.

you’d say when promises of I-thee-wed

lured me to bargain bins.

Another sonnet, "The Editor’s Ex" takes a half-humorous, half-regretful approach to a now-concluded relationship with an editor. Spiteful about said editor’s unwarranted snobbery towards romance novels, the persona curls up with a Harlequin title. This is a poem that’s extra fun to read if you’ve ever worked in publishing, or know someone who has.

I know him, that man

walking- toward me up the crowded street

This heartbreaking poem by Susan Browne has the persona meet someone they used to date: in the split seconds that pass as the man approaches, a flurry of memories rushes in, but the reunion between them does not occur on such familiar terms.

Late at night, I call my long distance lover,

I saved the rest for you.

"The Quiet World" imagines a world where we all have a limited number of words we can speak each day. In this unusual environment, words become precious, and lexical economy is desperately needed — the voice in this poem tells us they’re saving their words for their beloved, but in the context of this strange world, there’s little they can do with their small number of precious words.

For the first time, I listen to a lost

and secret recording of us

Roddy Lumsden’s poem pauses the present to immerse itself in a moment, recorded ten years previously. Through the voices of the poet and his lover, followed by the neighborhood noises that remain when the recording was left on, forgotten, "Then" takes an eerie, nostalgic breath in the timeless space of memory.

14. ""The Architecture of a Love Poem"" by Alexandria Peary

you look at the word Love written on the

side of the Pharmacy in cherry-vanilla flavored cursive

because this is where a love poem once stood

Impressionistic in its list of various things associated with romantic love, "The Architecture of a Love Poem" gathers momentum as a whirlwind of romantic references: from flavors to typography to balconies and coffee cups. In these things, the poem highlights the commercialization of romance, as well as the true human stories that can fit within these objects.

Love is a fire that burns unseen,

a wound that aches yet isn’t felt,

a pain that rages without hurting,

Last but not least, we have not just a love poem you should know, but also a poet that you may not yet be familiar with. Though Luís Vaz de Camões is considered Portugal's greatest poet, he is criminally obscure in the West. In "Love is a Fire that Burns Unseen", he encapsulates love itself in a few spare phrases — how it consumes but gives, how it hurts but heals, and how it's visceral but ultimately unseen.

In a few short sentences, he captures the essence of love, describing how it is visceral but ultimately invisible, how it 1v1 battle consumes but gives, and how it hurts but heals.