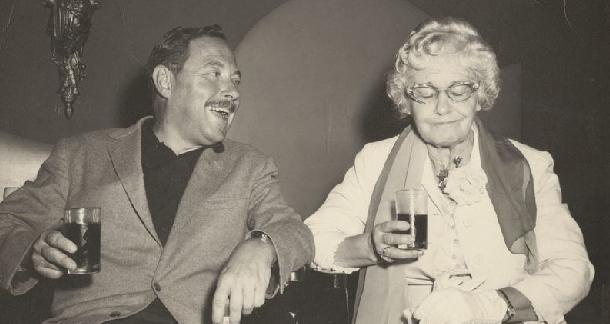 Sunday is Mother's Day, and to honor all the mamas out there, let's take a moment to highlight ten mothers of famous authors who played a significant role in shaping their sons' or daughters' literary careers—all while maintaining careers of their own (or, sadly, falling victim to mental illness and systemic sexism during their lifetime). Some of these moms were/are even famous authors in their own right.

Happy Mother's Day! Writers, draft up something nice for your mama. 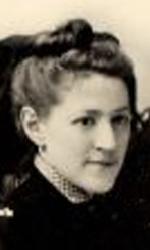 By most accounts, the mother of influential and controversial cosmic horror author H.P. Lovecraft was quite protective of her son. As his father was committed to an insane asylum and died early into his childhood, Lovecraft was mostly raised by Phillips. According to Matthew Baldwin of The Morning News, it was Lovecraft's grandfather who first introduced the budding author to science fiction and fantasy fiction.

"But even as the grandfather was urging H.P. to broaden his horizons," Baldwin writes, 'the sheltering and overprotective mother was instilling in her child a fear of everything. Lovecraft began suffering from a variety of ailments, many of which are presumed to have been psychosomatic, that inhibited his ability to attend school and socialize with his peers." This of course lead Lovecraft to maintain a gaunt pallor, which Phillips called "grotesque."

Phillips would eventually be admitted into the same asylum as her ex-husband in 1919, having suffered from depression and "hysteria" in the years following her husband's death. Even so, she remained in close correspondence with Lovecraft until her death in 1921. S.T. Joshi describes their relationship as unhealthy, with Phillips in particular harboring "pathological love-hate" feelings for her son. 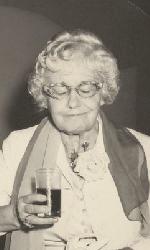 Charles Matthews, in his Washington Post review of Tennessee Williams: Mad Pilgrimage of the Flesh, writes, "John Lahr begins his fascinating new biography in medias res: on March 21, 1945, the opening night of 34-year-old Tennessee Williams's first Broadway hit, The Glass Menagerie. It's an appropriate place to start...for as Lahr asserts, Williams 'was the most autobiographical of American playwrights,' and The Glass Menagerie is the most nakedly autobiographical of his plays."

Indeed, the matriarch of the play, Amanda, is a thinly-veiled characterization of Williams's mother Edwina. Wikipedia describes Amanda thusly: "A faded Southern belle, abandoned by her husband, who is trying to raise her two children under harsh financial conditions. Amanda yearns for the comforts from her youth and also longs for her children to have the same comforts, but her devotion to them has made her—as she admits at one point [in the play]—almost 'hateful' towards them." New York Times writer Christopher Lehmann-Haupt, reviewing Tom: The Unknown Tennessee Williams by Lyle Leverich, further portrays Edwina as "puritanical" and overbearing, though this madness does arise from her unhappy feelings toward her marriage to C.C. Williams, an alcoholic and abusive traveling salesman who isn't around much.

While this environment of stress and trauma certainly took its toll on Williams, it also inspired several classic works for the stage, including the aforementioned Menagerie, A Streetcar Named Desire, Suddenly Last Summer, and Cat on a Hot Tin Roof, all of which feature characters based on Edwina. 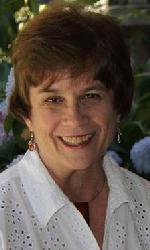 Mystery writer Megan Abbott became somewhat of a household name after the publication of her 2012 novel Dare Me (which will soon be a HBO original movie), but many may not realize that Megan's mother Patricia is also a successful crime and mystery writer, having published over 150 short stories in magazines like Thuglit, Shotgun Honey, Crime Factory and Beat to a Pulp. A new novel, Shot in Detroit, will publish later this year. 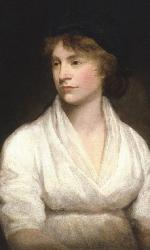 Wollstonecraft was a writer of, according to Wikipedia, "novels, treatises, a travel narrative, a history of the French Revolution, a conduct book, and a children's book." She was also a women's rights advocate, and thus she wrote perhaps her most famous piece, A Vindication of the Rights of Women. But Wollstonecraft is also famous for giving birth to Mary Shelley, author of Frankenstein and arguably the progenitor of modern horror and sci-fi fiction. 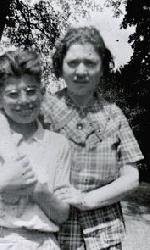 The mother of Beat poet Allen Ginsberg was a radical Communist who reportedly idolized Stalin. She often took Ginsberg and his brother to meetings and rallies, and told them bed time stories involving wealthy kings who observe the suffering and pain of their people and heal them. Sadly, Naomi suffered from epilepsy and paranoia, but her conditions were never properly diagnosed, leading to frequent stays in mental institutions, where she endured electroshock therapy and, finally, a lobotomy before dying in Pilgrim State Hospital in 1956. Ginsberg detailed a particularly trying bus trip with his mother to Lakewood, New Jersey to see a therapist in his long poem "Kaddish." 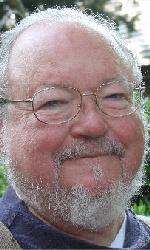 As little as is known about Thomas Harris, author of Red Dragon and The Silence of the Lambs, as well as two other Hannibal Lecter novels, there is even less information about his mother Polly. However, her obituary in The Clarion Ledger from January 3, 2012, following her death on December 31 of 2011, sheds some light on the woman. Polly received a degree in science and education from Delta State University in 1939, and later earned her masters in science from the University of Mississippi. She went on to teach science for 40 years within the Mississippi public school system before retiring in 1980. The obit also states that Polly was "a natural critic and student of narrative film." Reportedly, her son Thomas would call her every night, no matter where he was, no matter the time, and would discuss his works-in-progress with her extensively. 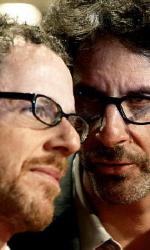 The mother of filmmakers Joel and Ethan Coen was a successful art historian at St. Cloud State University in Minnesota. She published a book in 1976, Painting and Sculpture in Minnesota 1820-1914, which, according to her obituary in the St. Paul Pioneer Press, remains an important reference text for the study of Minnesota art work for the mid-19th and early-20th centuries. Rena passed away in October 2001. 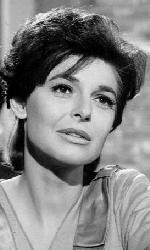 Actress Anne Bancroft was the wife of comedian and filmmaker Mel Brooks, as well as the mother of World War Z and The Zombie Survival Guide author Max Brooks. She is perhaps best known for her roles as Mrs. Robinson in The Graduate and Annie Sullivan, the woman who helps Helen Keller learn to communicate in The Miracle Worker. Bancroft won both a Tony for her performance as Sullivan on Broadway, as well as a Best Actress Academy Award for the film adaptation of the play. She continued appearing in films until her death in 2005. 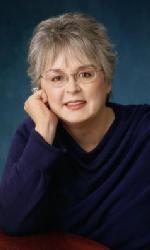 It's easy (though not at all fair) to forget that Tabitha King—wife of Stephen King and mother of Joe Hill—is a successful novelist in her own right. She published her first book in 1981, Small World. Most recently, King agreed to complete Michael McDowell's unfinished novel Candles Burning, at the request of McDowell, who died in 1999, and his family. She's also published two non-fiction books, a handful of short stories, and a few volumes of poetry. Additionally, King has served on numerous boards and committees in the state of Maine, as well as maintaining two family philanthropic foundations. 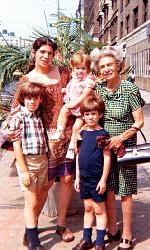 Mother of author Jonathan Lethem, Judith was a staunch political activist who was once arrested on the steps of the U.S. Capitol building during a rally protesting the Vietnam war. She and her family lived in a commune in the Boerum Hill neighborhood of Brooklyn, an area that, at the time of Lethem's upbringing, was rife with racial tension. Judith died of brain cancer when the author was 13, and her passing haunts him to this day. His old neighborhood became the setting for The Fortress of Solitude, a book about two motherless boys, and Motherless Brooklyn. His bohemian upbringing also inspired Dissident Gardens.

Any moms of famous writers you'd like to shout out? Tells us about them in the comments section below.

Unprintable: The LitReactor Podcast Episode 23 - The Halloween Horror Show (Guest: Michael Wilson of This Is Horror)

I have never been in such esteemed company. Thanks. A mother's day treat.

Tabitha King is also the mother of Owen King, also a well-known Auuthor...

Glad to know my mother is like Lovecrafts mom.

Will give a shout out if I find one.

Wondering why the celebration of women (mothers) is about mostly male writers. Eight out of ten of the "famous writers" are men. On a day devoted to women couldn't you at least have made it 50-50?

Community Manager
helpfulsnowman from Colorado is reading But What If We're Wrong? by Chuck Klosterman May 6, 2016 - 11:01pm

JK Rowling's Mom: Died of MS, never knew about Harry Potter as Rowling only started it 6 months before her mother's death. Was a "passionate reader."

Amy Hempel's Mom: Committed suicide when the author was 19. Quote: "The way I got my mother’s attention when I was a kid was by putting words together in an interesting way, or a funny way — what she found amusing,” Hempel says. “Since that [her attention] was what I wanted more than anything, and as a kid was very hard to get, that’s what I did.”

Marian Branwell (Bronte Mom): Painter, published an essay: "The Advantages of Poverty, In Religious Concerns." Which sounds like church collection plate propaganda if you ask me...

Carson Mccullers' Mom: Also a drinker and a smoker, instructed her children to treat people equally in 1917 Georgia.

Joyce Carol Oates: She talks about her mom better than me.

Alice Walker: Alice IS the mother. Her daughter, Rebecca Grant, is also a writer, and the two were estranged. Rebecca: “As a little girl, I wasn’t even allowed to play with dolls or stuffed toys in case they brought out a maternal instinct. It was drummed into me that being a mother, raising children and running a home were a form of slavery.”

That's 6, which makes it numerically even. I'm not as good at writing these as Chris, but that's on me, really.