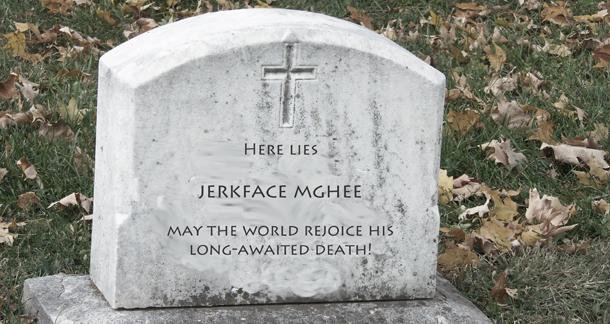 You hear this advice given to writers all the time: create complicated, realistic characters in your fiction. No one likes a one-dimensional, one-note hero—give us depth, let us empathize.

The best of the best writers create such heroes. But sometimes, they also unleash complex baddies that elicit the reader's most basest of desires: bloodlust, the earnest wish to see this villain die horribly and without any dignity. These are the villains we love to hate, whose victories make us hate them even more and whose downfalls make us cheer with joy.

Do not proceed beyond this point if you don't want these narratives spoiled for you. 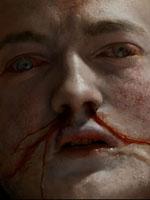 Let's just go ahead and get the most obvious one out of the way, shall we? Did anyone feel guilty for celebrating this punk-ass little shit's grotesque demise? Joffrey was the epitome of a rich, spoiled brat with too much power at his barely-pubescent hands—and he was a murderous sociopath to boot. He was indirectly responsible for the death of an innocent boy and a direwolf pup; he ordered the shocking death of Ned Stark and made the man's daughters watch; he killed a prostitute for fun with bows and arrows; and he viciously tormented everyone's favorite Lannister, Tyrion. So, yeah, when this turd ate poisoned pigeon pie and died with a swollen purple face, bulging eyes, and blood leaking from his nose and mouth, the world applauded. George R.R. Martin has a penchant for offing characters we love, so this was a welcome change of pace. Good riddance, you miserable waste of Jaime Lannister's sperm.

Honorable mention goes to Viserys Targaryen, who isn't around as long and doesn't do nearly as much harm in the Song of Fire and Ice universe, but whose death at the hands of Khal Drogo, on the order of his sister Daenerys, is a true thing of beauty: after whining petulantly and unendingly about getting his crown of gold...well, he finally gets it. 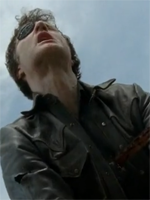 Another obvious one here, with the difference being that (at least in his television incarnation), for a moment audiences had hope for this guy. We knew he was messed up the first time we met him, what with his aquarium of severed walker heads that he watched like television after a long day officiating over zombie-human death matches in the quaint little town of Woodbury. There was also that whole bit with him keeping his undead daughter primped and pretty in his closet. But after his failed attempt at seizing Rick and company's prison, Mr. Governor reinvents himself as Brian, a scraggly wanderer who just wants love and a quiet life. For a moment, we actually think the man might have turned a new leaf—until he usurps "leadership" of a small trailer-park encampment and leads a second assault on the prison, using Michonne's katana to behead kindly old grandpa Herschel in the process. Fitting, then, that Michonne would later ram her sword through Brian Governor's back and gut, leaving him as fresh bait for the hordes of zombies shambling toward him. See you later, you evil bastard. 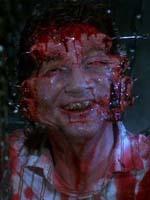 Watching Frank "Come to Daddy" Cotton finally get his comeuppance is deeply gratifying. He coaxes his brother's disenchanted wife, Julia, into luring men home and killing them for their rejuvenating innards, which Frank slurps up like a kid sucking down a Slushee; he twice attempts to rape and murder his niece Kirsty, first while he's still a fleshless, blood-slick mass of muscles and tissue, next while he's wearing her father's skin (who he has also slaughtered, by the way); and he kills Julia for his own selfish gain. This is one bad guy. Fortunately, Clive Barker sends in Pinhead and his merry band of Cenobites to save the day. They drag Frank back to hell, ripping him to pieces with hooks and causing his head to explode in the process. Satisfying and deliciously gory, with an iconic (and actor-improvised) final line of dialogue: "Jesus wept." Yeah, not so much, dude. 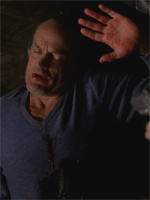 God, this guy. His nephew Todd could easily make this list too, but Todd isn't the brightest bulb on the Christmas tree, so his blind dedication to his uncle is kinda sad. But Jack is clearly smart, and thus he doesn't really have an excuse for being the godawful, Hank-killing, Jesse-enslaving, Emily Dickinson-quoting, neo-Nazi son of a bitch that he is. Seeing this guy go is a relief, to be sure, but it's also a poignant moment for the series' anti-hero Walter White. Toward the end of the series finale, injured and desperate, Jack tells Walter he'll never find his money if he kills him now. Walt, heretofore committed one hundred percent to the preservation of his wealth, shoots Jack in the head, mid-sentence. Here, we not only celebrate Jack's demise, but also Walter's temporary redemption. It's a truly cheer-worthy death in Vince Gilligan's otherwise complex series. 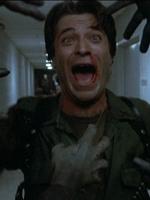 Our second zombie-related death (this one from George Romero's third Dead film), and also our second blood-and-guts soaked death accompanied by a character's improvised last words. Rhodes is the Urban Dictionary-actualization of an asshole: "The worst kind of person. You cannot fully construct a meaning that fully encompasses what this vicious insult means. If you're an asshole, you are disgusting, loathsome, vile, distasteful, wrathful, belligerent, agoraphobic, and more. Assholes are human fecal matter. They are the lowest of the low." If you've seen Day of the Dead, you know this is an apt description of Rhodes—with a peppering of militaristic entitlement on top of all that. Fortunately, smarter-than-average zombie Bub riddles the good captain full of bullets before a bunch of his undead brethren manually bisect Rhodes at the waist and feast on his exposed intestines. Last line: "Choke on 'em! Choke on 'em!" 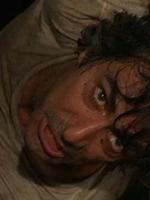 In his Tor.com feature, The Great Stephen King Reread, Grady Hendrix writes, "Dolores's abusive husband has exactly zero redeeming qualities, reducing him from a character to a cartoon. He's a whiner, a coward, an unemployable drunk who molests his children, picks his nose (at length), and bullies his wife." This description sums up Joe perfectly—minus the cartoon bit: remorseless monsters like this actually exist. So it's particularly satisfying when our titular protagonist, against the almost-surreal backdrop of a solar eclipse, makes Joe angry enough to chase her out of the house and into the empty field beyond their porch, where she's set a trap. Instead of catching up to her and beating her senseless, Joe plummets down an abandoned well and breaks his neck. Dolores tells the cops Joe was drunk (true) and fell down the well by accident. Bye bye, dickhead. 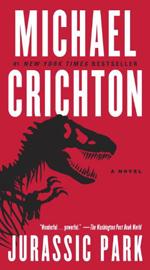 Make no mistake: we're not talking about the kind, visionary grandpa played by Richard Attenborough in Steven Spielberg's 1993 film; no, we're talking about Michael Crichton's original incarnation of the character, a miserly curmudgeon if there ever was one. He not only hastily opens his park to outsiders in an attempt to convince his investors the park is safe, he brings his grandchildren on board too, and genuinely doesn't seem to give one shit about their well-being. Bringing dinosaurs to life isn't a child-like dream come true for this Hammond, but rather the greatest capitalistic venture he's ever undertaken, and he'll protect it at any cost. Of course, horror and death ensue, and after the dust has settled, Hammond wants to start over again on a different island, convinced it will work this time. Instead, he gets eaten up by a band of miniature dinosaurs. How's that for poetic justice? 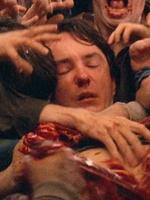 Our third and final zombie-related death on this list. Shaun director Edgar Wright tells an anecdote about David's fate on the DVD commentary track: a friend of his wondered if the character really deserved to be torn open and dismembered by a horde of ghouls. Let's see: David is a condescending, cowardly twat who complains for the entire duration of the film and risks the lives of his so-called friends on multiple occasions. He's in a relationship with Dianne only because she's friends with Shaun's girlfriend Liz, and he fancies her. He treats our titular hero, a man doing everything he can to save everyone's lives, like absolute shit; he's way to overeager to shoot Shaun's zombified mom, and when tensions reach a boiling point between the men, David actually pulls the trigger on Shaun (he's out of bullets though). So yeah, David kinda deserves everything he gets. Plus, it's a nasty display of cinematic gore effects that rivals the aforementioned Day of the Dead. 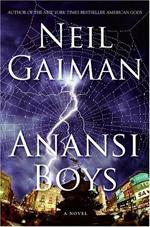 As far as opportunistic, capitalistic scumbags go, Grahame Coates makes John Hammond look like Warren Buffett. He heads up a London talent agency, but rather than contenting himself with the usual ten percent, he embezzles funds from his clients. When the widow of an entertainer Coates represented confronts him about his crimes, he kills the old lady with a hammer. Escaping to a Caribbean island, he then imprisons a woman and her elderly mother in his basement, with heinous intentions in mind. He gets his via the elderly widow's ghost; to add insult to injury, his spirit is also transformed into a stoat (AKA, a weasel) and trapped in a cave with Tiger, one of the novel's other antagonists, to be perpetually eaten by Tiger for all eternity. Nasty and very, very funny. Thanks, Neil Gaiman! 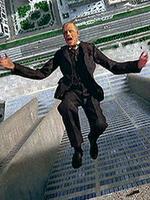 Speaking of weasels, Dick Jones is pretty much the king. He's basically responsible for every shitty thing that happens to Murphy, AKA RoboCop, including his overwhelmingly violent death at the hands of drug kingpin Clarence Boddicker, with whom Jones has shady dealings. Not to mention his own cop-bot invention ED-209 massacres an innocent suit during a meeting, a grisly accident Jones rides off as simple malfunction. Dick is corrupt, he's smug, and he doesn't care who he steps on or kills to get to the top (and thus he's aptly named). I doubt anyone can hold back a smile when MurphyCop pumps a few rounds of bullets into this son of a bitch, sending him cascading and screaming out the window of a high-rise. So long, Dick!

What are some of your favorite bloodlusty deaths in fiction? Tell us about all the nasty villains who summarily get theirs in the end in the comments section below.

in film anyway: Albert Spica, the titular thief from The Cook, the Thief, his Wife and her Lover. Nasty piece of work, that Albert. Lewd, grotesque, vulgar, violent, abusive with airs of sophistication. Not sorry to see him go in the least.