'The Marriage Plot' by Jeffrey Eugenides 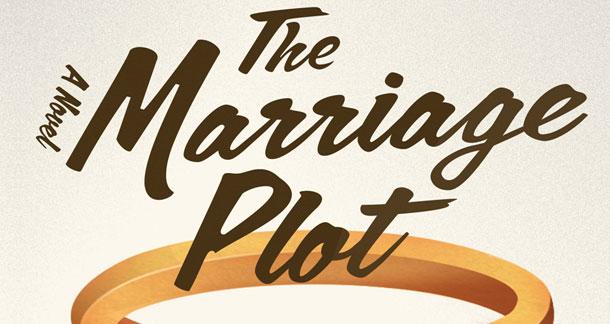 Cynicism, because it is so fashionable, is not cynical enough anymore. So dark and edgy books need to get darker and edgier. Sometimes, it all becomes samey. Which is why it is so refreshing when a writer gives us something different.

There is a point in Jeffrey Eugenides's new novel, The Marriage Plot, where a young man finds himself being accused by a young undergraduate of being sexist. He takes this personally, but doesn't dispute it. Later on, he masturbates thinking of the young feminist, because she has a great ass. If this sounds crude, it is, in a conceptual way. But Eugenides makes it perfectly relatable. There is nothing to offend anyone. His world is plausible, his characters are imperfect, and if the guy's jerking off, it's because he's confused, and life is confusing, and in Eugenides's hands that's not a cop-out.

The Marriage Plot doesn't actually have much of a plot. It's about three young people about to graduate from Brown University. There is a love triangle. One of these kids, it turns out, is depressive. Another wants to travel the world and learn everything he can about religion. These two compete for the love of the third party, who likes to read a lot of novels. That's about it. But don't let that stop you from giving this a shot. There are many reasons to read this novel — especially if you're sick of unfelt cruelty.

Out of all the novels that you might have read in the last year, I'm betting not many of them show this much compassion, humanity and erudition. Not many novels, in general, manage to merge the softest, kindest academic satire with a thorough understanding of what makes people the wonderful but tragic things they are. Not many novels, for that matter, can namedrop Barthes, Derrida, Saussure, Culler, Eco, de Sade, Updike, Austen, Desmond Tutu, Mother Teresa, and a host of others without for a single second seeming like the author wants to impress you. Why should Eugenides try to impress you with literary theory, philosophy, theology and politics when he can just as easily show you exactly how fragile and extraordinary the most ordinary college-goer can be?

Read it for the reasons you'd read a how-to book on creative writing. The lessons are all there: how to write sex scenes without being crude or tacky, how to write satire without being needlessly cruel, how to blend psychological depth with pace-setting and unpretentious prose.

Read it because it explains, better than any other novel I have read, what it means to deal with depression, in yourself and in others. The psychology of the characters is rendered tactfully, unsentimentally — some people just get depressed, and when they do, they can make stupid decisions, and that's that. Eugenides doesn't judge. He doesn't worry about painting his characters in a flattering light, because by the time the depression plot-device hits, he's already won you over. You already give a damn. It's already clear that we are reading about real people, even if they don't exist.

It's the way Eugenides explores the depths of each of these three characters that turns The Marriage Plot into the wonder that it is. He treats them with kindness. He doesn't want you to hate one and love the others. As in real life, even the bad guys are good guys, and the good guys do really dumb things. The Marriage Plot, as a novel, has something that most fiction doesn't. It has the decency not to manipulate you into tears. The tears, if they come, will arise from the honesty and the sincerity with which this book overflows.

Bonus: The good people at MacMillan have offered up a sample clip of the new audio book version of The Marriage Plot.  Listen to the clip here and then order the audio version of the book below.

Been looking forward to reading this. much more excited now.

Jeff from Florida is reading Another Side of Bob Dylan by Victor Maymudes November 24, 2011 - 7:58pm

I agree with you about Eugenides's erudition. Formidable. The guy's wit is tremendous too. I especially liked what he did with the college portion. Classic and funny as hell.