'That’s How I Roll' by Andrew Vachss 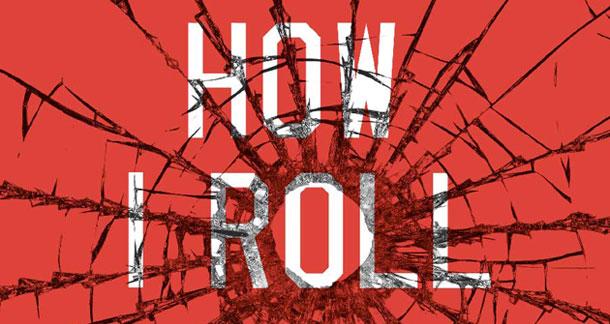 Reading Andrew Vachss is similar to listening to Ray Wylie Hubbard fused with Nick Cave. It’s brutal, grindhouse and poetic. Laying an atmosphere of the down trodden, harmed and misshapen. He writes about characters who some like to pretend do not exist. Their actions are sometimes hard to digest, but they’re plausible. He’s written more than twenty books (his Burke and Cross characters being his most popular), and deviled in comic books, essays for the glossies, and big newspapers. He’s a lawyer who has helped create and implement laws to protect abused children, while still churning the wheels for hardboiled words.  His newest, That’s How I Roll, tells the story of Esau Till, a cripple who sits recounting his confessional to the page after the accidental killing of a Fed. He scribes all the wrongs that have beckoned him since being born into this squalor of existence. Wrongs that end up shaping him into a high IQed explosives expert and later a contract killer.

Growing up he assumes the role of protector for his slug-minded baby brother, Tory-boy, sheltering him from Rory-Anne, a boozing female that abandoned Esau at the hospital after his birth. She is his sister and his mother. Add to that the violence of their father, a drunken-pugilistic sadist referred to as the Beast, who lives off of the government’s aide for Esau and Tory-boy until Esau seals the Beast's fate for the murder of Rory-Anne.

To earn big money, Esau decides to prove his worth as a hired assassin for two competing crime bosses by showing them how he’ll take out the competition and make it appear accidental.

Some will say Vachss writes the same character and plot over and over again, where a bad ass with a scarred past is mixed into unusual circumstances and must save the day. Well, Nicholas Sparks has been using the same rehearsal his whole career, and no, I’ve never read him, but my wife has held me at gunpoint and forced me to accompany her to his film adaptations.  I still have night terrors, but I’ve overcome the bed wetting.

The thing I dig about Vachss and his work is simple: he gives us the tough guys, men with balls bulged by testosterone and a brain laced with intelligence. There’s always a whore running around who is easy on the eyes, just as damaged as the protagonist, and she has a heart of gold. There’s violence and action, plenty of meat to chew on, and there’s nothing scented with estrogen. Vachss is a throwback to the days of old when men were real, not some bloated-tanning-bed-male model wanting his own reality TV show, a man with little skill and even less common sense who justifies his existence by gazing at his gelled-cutout in the mirror every damn second.

Esau Till is anything but; he’s a cold and callous cat. Everything is his world revolves around loyalty and his baby brother. He believes a person is only as good as his or her word, so handshakes are a written contract. And as he sits behind bars, telling his story, the one constant in his life is the person he wants to take care of even after he’s dead, as he says:

I’ve been protecting Tory-boy all his life. I won’t stop doing that just because the State is getting ready to end mine.

There’s this Of Mice and Men thing going on, as if the devil himself had penned it. Vachss’s prose is lean, mean and to the point. Reading him reminds me of watching a Dirty Harry film with my pop. It’s over the top, masculine and stoked with great lines like:

You can buy obedience, but you can’t buy the kind of loyalty that makes a man throw himself between a pistol and his boss.

Understanding how something works isn’t enough. If you to want master it, be in complete control, first you have to take it apart…all the way down to its smallest component. Then you examine each piece to learn how they fit together to form a functioning unit.

When I took a job to move someone, they got moved. My word was a contract, and I never failed to live up to my end, even when that required the end of someone else.

Vachss nails reality to the walls of truth, using fiction to portray his hard-chewed philosophy of life. Remember, this is the man who was invited onto Oprah’s television show to talk about his new book, and switched the learning curve and made her come out and speak the truth about her being abused as a child. Vachss’s point being she was a face with a voice for women and she needed to come clean, show her demons so others could do the same and do it in front of her audience. And she did.

Vachss is a writer to admire, one that does not shun from showing a world with all of its ugly flaws. Think of Hubert Selby Jr. on steroids, then throw in a fifty pound sledge, a machete, some brick walls and a muscle car for good measure.

Frank Bill has been published in Granta, Playboy, Oxford American, FSG Work in Progress, New Haven Review (coming in 2012), Talking River Review, Plots With Guns, Thuglit, Beat to a Pulp and many other outlets. His first book, Crimes in Southern Indiana was released by Farrar, Straus & Giroux in September 2011 and his first novel, Donnybrook, will be released by FSG in February 2013.

Great review, Frank. I have this one but haven't read it yet. I'm finishing a novel and don't want to discourage myself by reading the leanest prose there is!

The setup is pure hardboiled, and like the line you quoted about removing every part, Vachss does the same with his characters. Some folks don't like that, they think you're born bad or born a bad-ass. But that's only in the movies. The real deals are hammered like beaten copper in one way or another from day one, and he puts that truth in every character he makes.

Thanks, Tommy. Vachss is a favorite, I started reading him after a mention of his work by Craig Clevenger.

Damn it. Another book on my Want-To-Buy list. Great review.

" there’s nothing scented with estrogen"

Vachss himself would beg to differ, as both "Blossom" and "Blue Belle" refer to that smell directly.

Comments like this always chap my ass. I've been a fan of Vachss since 1994. Just because his books aren't 'girly books' doesn't mean the ladies don't love and appreciate Vachss; and quite frankly I'd rather stick a needle in my eye than read Sparks.