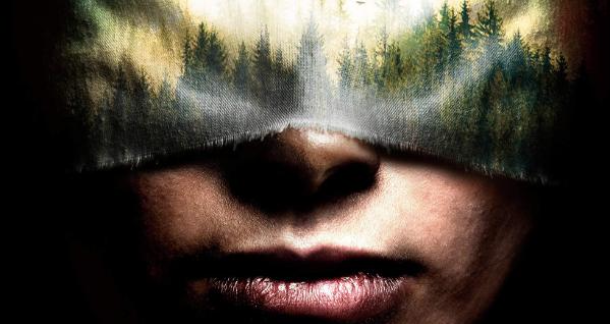 Any time there’s a hit book or film, there always comes the question: when do we get a sequel? And more often than not, a sequel will come, whether or not the original creator of said book or film ever planned to continue the story (and sometimes whether or not the original creator wants to participate in the sequel-making). We’ve seen it before with John Carpenter's Halloween, Wes Craven's A Nightmare On Elm Street, and Clive Barker's Hellraiser, three properties among many that saw sequel after sequel after sequel, all with minimal involvement from the minds that made them.

Malorie is a solid next chapter in the Bird Box universe, one that stands on its own legs despite the massive shoes to fill.

In the world of fiction, we have Thomas Harris, who returned time and again to Hannibal Lecter, beginning with two exceptional novels, Red Dragon and The Silence Of The Lambs, then with another two tomes that offered diminishing returns, Hannibal and Hannibal Rising. Numerous films and an inspired television series came from this material, but it was arguably the monster success of Jonathan Demme’s adaptation of Lambs that truly inspired Harris to return to his dark universe twice more. Same goes for Helen Fielding, whose wildly popular Bridget Jones’s Diary inspired a novel sequel, then a third and fourth book following stellar box office returns of the movie version starring Renée Zellweger and Hugh Grant. Ditto for Neil Gaiman, who (at least as of a few years ago) decided to dive back into the world of American Gods following the sadly short-lived success of the Starz television show based on his novel. Ditto also for Stephen King, who makes a point of interweaving all his work into one sprawling fictional universe, and also revisited one of his most personal and enduring works with Doctor Sleep, a sequel to The Shining. Audiences clamor for more of what they love, and authors can’t resist returning to the realms that they love as much as their fans do.

Such is undoubtedly the case with Josh Malerman and his new novel Malorie, a sequel to his 2014 debut and breakout hit Bird Box, which resurged in popularity following last year’s Netflix film adaptation starring Sandra Bullock. This next installment in the titular character’s journey picks up about two years after the first novel. If you recall, Bird Box details Malorie braving a winding and at times unpredictable river with her two children (her biological son Tom and her adopted daughter Olympia), all while blindfolded and surrounded by mysterious creatures that drive you stark-raving mad if you look at them. We learn through flashbacks that Malorie previously lived in a house with a handful of other survivors, all of whom perished when Gary, an eccentric man with an apparent immunity to the creatures and wackadoo ideas about humanity’s relationship to them, pulled down all their window coverings and let the monsters in. Only Gary, Malorie, and her two children survived, and in the aftermath, she decided to risk a journey to a secluded former school for the blind, where most of the residents cannot see and all necessary precautions have been taken, thus drastically reducing the risk of a creature attack on the level Malorie experienced inside her prior residence.

Bird Box was overall a self-contained narrative that left several questions necessarily unanswered (the creatures are scarier, after all, the less we know about them). The original Halloween timeline and the Hellraiser series both failed in their latter installments by explaining too much about their signature baddies, The Shape and Pinhead, respectively. Thankfully, Malerman doesn’t fall into this trap with Malorie. The creatures are just as nebulous and deadly as ever, and though we do learn a new thing or two about them, the author never fully reveals what they are, thus preserving their mystique. Much like its predecessor, the novel functions as both a taut adventure chock full of suspense and terror and a psychological character study about survival in a world quite literally gone berserk. However, despite what the title might indicate, Malorie isn’t focused solely on its main character, nor is it told exclusively from her perspective. Rather, Malerman shifts between the points-of-view of Malorie, Tom the boy, and Olympia the girl, both sixteen years-old throughout the main portion of the narrative, as they once again journey toward a new destination further into northern Michigan (the reason for their departure is best left a surprise for the reader).

The novel’s main conflict involves Malorie’s strict rules and paranoia, her insistence she and her children “live by the fold,” or remain blindfolded practically all the time, and Tom’s all-too-familiar teenage desire to live life as he sees fit, which entails coming up with new and inventive ways of either defeating the creatures or looking at them without losing one’s mind. Caught in the middle is Olympia, who understands both Malorie’s desire to protect her children, and Tom’s need to forge his own path, and thus acts as a mediator between them, even as she struggles internally with her own personal conflict, a secret that could permanently change, and possibly even damage, her family’s entire dynamic. Malorie, too, battles the internal trauma she carries with her, the horrors that plague her dreams and waking hours alike. Her experiences with Gary have made her distrustful of just about everyone else in the entire world, and she recognizes the psychological toll such intense guardianship can have on her children, but believes this vigilance is the only way to keep them alive. Naturally, as the story unfolds and the trio move closer and closer to civilization, these conflicts come to a head, threatening everything Malorie holds dear.

Much like Bird Box and the shared conceit between it and its sequel, going into Malorie blind is the best way to experience it; and much like the creatures in both books, the less you know about the story, the better. It isn’t as breathtaking a novel as its predecessor, but it’s truly a rare feat to outdo the original, so this isn’t really a criticism. Malorie is, however, a solid next chapter in the Bird Box universe, one that stands on its own legs despite the massive shoes it must fill. It also feels especially timely in the age of COVID-19, when covering half of your face can literally mean the difference between life and death. If the creatures weren't terrifying enough on their own, this connection to modern-day woes makes the material all the more unnerving.

Buy Malorie at Bookshop or Amazon

How To Read Between The Lines of Your Rejections