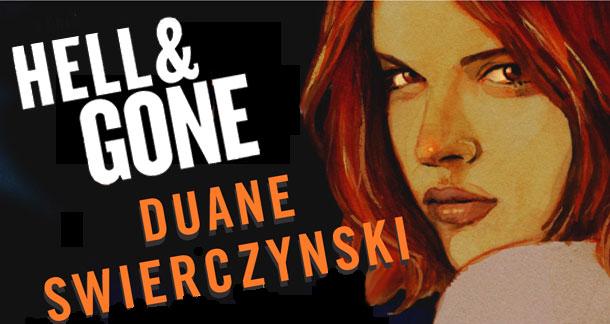 Writing thrillers is a tough business.

Much like hardboiled detective fiction, the tropes of the thriller have been set in stone for decades: A lawyer/reporter/nameless lone hardman discovers an evil corporation/madman/terrorist organization is about to unleash a killer virus/cause global financial collapse/blow up a stadium full of unsuspecting citizens, and for some reason, the authorities refuse to believe (or have been paid off to turn a blind eye) any kind of conspiracy exists, and the lawyer/reporter/lone hardman is forced into taking matters into his own hands. Queue the epic gun battles, car chases, and the inevitable show down between our near invincible  protagonist and the previously mentioned madman bent on the widespread destruction/enslavement of the human race.

True, there are the stalwart masters of the genre such as Stephen Hunter, John Grisham, and Robert Harris who’ve injected some much needed shots of adrenaline into the moribund heart of the genre over the years, but for the most part, when you pick up a thriller—much like a Big Mac—you know what to expect. In fact, the most rabid readers of the genre, unfortunately, don’t want a break from the standard formula. Give them Jack Reacher slathered in secret sauce and sandwiched between a whole wheat bun and most fans will chomp it down with a mega dose of Jim Jones flavored Kool-Aid every time.

But for those former readers of the thriller who’ve tired of the same old same old, or for those who discount it as nothing more than Cool Ranch Doritos for the brain, I give you Duane Swierczynski.

Since the beginning of Swierczynski’s career and the appearance of his cult favorite (and by “cult favorite” I mean the original publisher of the novel had such crappy distribution that only a handful of diehard fans were able to get their hands on it) first novel, Secret Dead Men, the Philadelphia based novelist has stretched and reshaped the thriller into a genre bending, character driven narrative that's so hard charging and compulsively readable that his novels demand to be read in a single sitting, as is the case with his latest effort, Hell & Gone.

Hell & Gone is the second in a projected trilogy of novels for Mulholland Books featuring hard to kill every man, Charlie Hardie. And what I mean by hard to kill every man is that Hardie isn’t a tough as nails, ex-navy seal assassin with a haunted past. He’s a middle class schlub who can’t seem to help but stumble blindly into trouble despite his best efforts to fly under the radar and spend his copious free time swilling John Walker and watching old movies.

The action in Hell & Gone picks up soon after the events of the previous novel, Fun & Games (and while I will recommend that you read the last novel for the purposes of continuity, it isn’t entirely necessary due to Swierczynski’s efficient summation of the first book throughout the opening pages of Hell & Gone.) Hardie is mortally wounded, but he has managed to save reality television star Jonathan Hunter and his family from being slaughtered by the “accident people” (a shadowy organization which assassinates public figures by making their deaths appear to be drug overdoses or drunk driving accidents) and the police and medics have made it to the scene. Hardie is shuttled away in an ambulance, which just so happens to be piloted by the “accident people."

An undetermined amount of time passes where Hardie is drugged into oblivion and allowed to heal from his wounds. When he awakens, he discovers that he’s been moved to a secret underground prison called site 7734, which apparently houses the most dangerous prisoners in the world. But instead of being made a prisoner at the facility, he is inexplicably made the warden. Over the course of the next 200 some odd pages, Hardie goes on to discover that site 7734 isn’t so much a prison as it is a psychological experiment on how far you can push selfless people until they bend to the will of truly merciless individuals.

Swierczynski’s greatest talent as a novelist is his ability to build realistic, likable characters. Hardie and his ample supporting cast in Hell & Gone are not cardboard cut outs, they have the feel of real flesh and blood people you may run into while grocery shopping, which is a rarity in thriller fiction, where too often character is sacrificed for plot. Of course, Hell & Gone is far from lacking in the area of plot or intense action sequences. While the action is not as frantically paced as the first entry in the Charlie Hardie trilogy, Swierczynski manages to build tension through the claustrophobic confines of the prison and the constant infighting between the prisoners and guards.

For long time readers of Swierczynski, Hell & Gone is simply what fans have come to expect from him: a fast paced, subversively violent, and darkly funny piece of writing and for first time readers it is a worthy introduction to the new king of the crime thriller.

Class Director
Rob from New York City is reading at a fast enough pace it would be cumbersome to update this November 3, 2011 - 12:24pm

I met Swierczynski last night - funny guy, and the last part of the trilogy (plus the other stuff he's working on) all sound really exciting.

I told him I finished the novel while flying down to Texas this past weekend, and thanked him for opening the book with a reference to a plane crash--I actually started the book when I got onto the plane. So he signed my book: "Sorry for the plane crash."

Duane's great. He's a blast to be around (I finally got to meet him this summer after reading and corresponding with him for years) and in my opinion there's no writer doing what he's doing in literature right now.