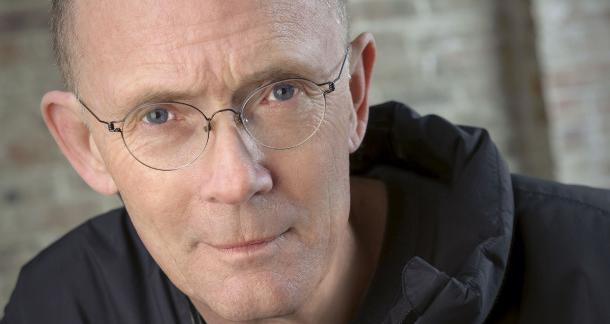 William Gibson is a man out of time.

As a novelist, his groundbreaking books such as Neuromancer and Mona Lisa Overdrive helped shape the future in which we live. They also completely re-shaped the moribund genre of science fiction from the hackneyed, semi-biblical space operas which dominated it for decades and morphed it into a gritty, noirish, ultra-cool vision of the future. A future where the human race was far more concerned with conquering inner space and the constant inflow of the currency of information as opposed to alien occupied worlds thousands of light years away.

On a personal level, Gibson summarily rejected the emerging technologies he regularly wrote about, and it's this lack of technological savvy which is the ongoing theme that dominates Gibson's first nonfiction collection, Distrust That Particular Flavor.

As an essayist/journalist, Gibson admits he is a reluctant one. From the introduction, "African Thumb Piano":

I didn't feel adequately professional, writing nonfiction felt as though I was being paid to solo on some instrument vaguely related to one I actually knew how to play.

With this, Gibson lays bare the entire anthology. These are not so much essays as they are novelistic sketches. Subjects range from the white bread, consumer driven streets of Singapore ("Disneyland with the Death Penalty") to his brief addiction to Ebay and the collecting of pre-World War Two Swiss watches ("My Obsession") that will eventually be incorporated into his books.

With each piece, Gibson never fails to mention how alien he finds the worlds he briefly occupies, but it's this naivety which provides a certain wonder. As a reader, what you may see as commonplace is rendered in a new, slightly offbeat light. The streets of Tokyo are not a clustered, bustling mirror image of Manhattan on steroids, but a secular city that is determining the entire cultural future of the world ("My Own Private Tokyo", "Modern Boys and Mobile Girls").

While none of these pieces would by any means be considered major essays (more than a few of them, such as the introductions to Borges' Labyrinths, "Invitations", and Gibson's brief autobiography for his website, "Since 1948", are more or less throw away pieces), what Distrust That Particular Flavor manages to capture is brief glimpses into both the internal and external life of an extremely private man, and much like his novels, the more Gibson reveals, the more vague and shrouded the subject becomes. Overall, Distrust That Particular Flavor isn't breaking any new ground, nor is it offering any revelations as to what the future may hold for science fiction or tech. What it does manage to do is offer entertaining snippets into the creative process of one of North America's most important novelists.

Jeff from Florida is reading Another Side of Bob Dylan by Victor Maymudes January 11, 2012 - 9:13am

Jorge Borges, Takeshi Tikano, Tokyo... It's the voice of a cool older brother suggesting you may want to check these things out for yourself. The piece about Singapore, Disneyland with the Death Penalty, is a gem worthy of Orwell himself.