Bookshots: 'The Underworld' by Kevin Canty 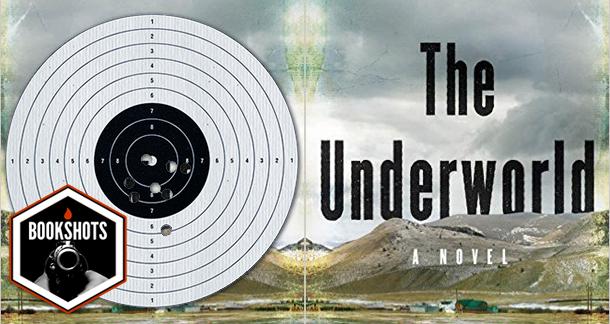 Canty is a great storyteller with a keen eye for detail and a superb talent for juggling a plethora of characters and storylines.

Kevin Canty, the author of five previous novels, three short story collections, and a a faculty member in the English department at the University of Montana at Missoula.

This is a novel based on a true story about a mine fire that devastated a small town in Ohio in the early 1970s.

Dark Smoke, Dark Everything (Things We Lost in the Fire would be better, but everyone already associates it with the movie.)

The book deals with the whole town, but there are three recurring characters that earn spots as main characters: Lyle, who has enough money stashed away to retire from mining but can't fathom not being active; David, who is one of the rare individuals who managed to escape small town life and is away at college when the disaster occurs; and Ann, a married woman whose thoughts are mostly about escaping her current situation.

Sam Elliott would be a fantastic Lyle. The late Anton Yelchin would have pulled off a great David. Evan Rachel Wood would bring Ann to the screen very well.

Mostly white town in the middle of nowhere in the early 70s? This brown man will respectfully take a pass on that.

A stir, and they all look to the entrance in one motion. David turns to see three miners leave the entryway, blinking out into the gray daylight. Their wives burst out of the crowd and through the gate and into their embrace, the filthy work clothes and the pretty pastels of their dresses. Just holding on. If the women let go, the men might slip away again, down under the earth.

Let's get to the good stuff first. Canty is a great storyteller with a keen eye for detail and a superb talent for juggling a plethora of characters and storylines. What he pulls off here in writing about an entire town is something most other contemporary literary fiction writers would fail at. There is a lot of pain and anger in the narrative, but it never becomes overly dramatic or repetitive, and that speaks volumes about the author's talent.

That being said, this novel could have used a few editorial trimmings. For starters, the first fourth of it is just the author setting the place up for the disaster. Having an eye for detail is great, but when those details are allowed to run free, the risk of bogging down the narrative increases exponentially, and a bit of that happens here. Also, while touching on the lives of so many characters proves Canty has a ton of talent, it also felt like overkill because they only add more pain and loss and suffering to a book that is mainly about those things with a sprinkling of "get me the hell outta this small town, please!"

See? I told you this was going to be a lukewarm review. Is The Underworld a good novel? Yes, this is a good novel by a good author. Is it wildly entertaining? Well, no. It's mostly great fiction writing about something that happened in real life where a lot of people died and how the loved ones they left behind learned to cope with the disaster. The novel could have started with the fire and it would have been much shorter and still contained all the best (and by best I mean emotionally devastating) parts.