Bookshots: 'The Sleepworker' by Cyrille Martinez 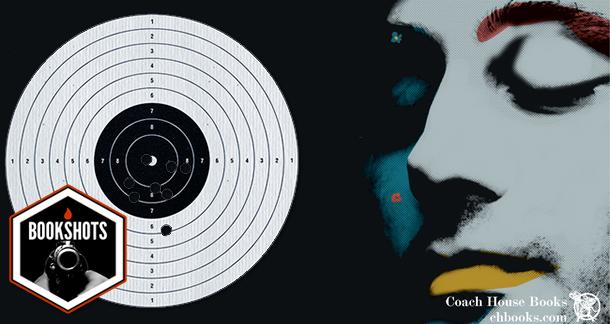 Cyrille Martinez, a poet and novelist who is lucky enough to live in Paris, the jammy bugger*.

A tiny jewel of a book, which anyone over-invested in the notion of Art will hate and everyone else will love.

Andy: an enigmatic artist who bears a very strong resemblance to Andy Warhol

John: an unemployed poet who bears a very strong resemblance to John Giorno

Nothing in The Sleepworker feels solid enough to be inhabited by a real human being, so I nominate two animated cardboard cutouts with the faces of Warhol and Giorno pasted on them.

New York, New York, fabled city where the entire population is composed of writers who sit around and talk about writing all day long.

I would run a mile screaming.

Several competed for my attention:

The writers rented buses and went to the country of the seaside for a few relaxing days, extended weekends that they called ‘conferences’, ‘seminars’, or ‘study days’.

Behind this reception desk sat a young woman in front of a computer, on the back of which could be seen the logo of a cyanide-poisoned apple bearing the suicidal tooth marks of a homosexual mathematician.

He’s always considered Andy’s hair to be on par with religious relics, taboos and pieces in a museum.

But the sentence which truly captures the spirit of this book is:

Look, any book which features Andy Warhol jerking off in the shower has a place on my shelf. In addition to this unforgettable moment, The Sleepworker also made me laugh loud enough to alarm my household, being full of the kind of dry absurdity at which the French would win medals, were dry absurdity an Olympic sport. There’s a running joke about sneakers**, a gallery owner with Tourettes and a poetry recital which is so self-referential that it deserves a live reading by John Malkovich playing himself, playing John Malkovich.

But let’s pretend for a moment that I wasn’t the kind of child who performed surgery on her teddy bears so I could examine their innards. I won’t spoil The Sleepworker for you by poking at its delicate machinery. It’s a tiny jewel of a book, which anyone over-invested in the notion of Art will hate and everyone else will love.