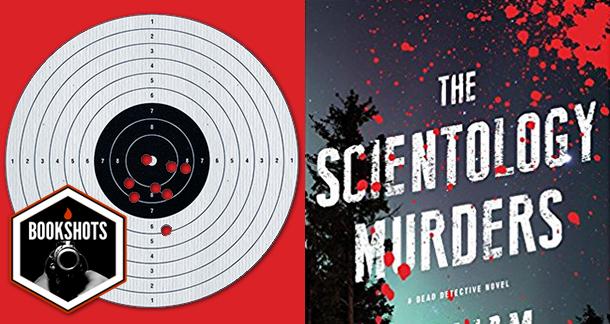 If you are a thriller or mystery reader and curious about the inner workings of Scientology, then The Scientology Murders is a must read.

William Heffernan is the Edgar Award–winning author of nineteen novels, including the international best sellers The Corsican and The Dinosaur Club, as well as The Dead Detective. Heffernan was a New York City newspaper reporter who was nominated three times for the Pulitzer Prize.

Told in an engaging, tight third-person voice, The Scientology Murders concerns a Scientology member who has started killing people, which the church frowns on, unless the people being killed are psychiatrists. They really hate psychiatrists. Detective Harry Doyle, known as "The Dead Detective," finds out his adoptive father has been wounded by the unclear killer. Doyle takes the case and delves deep into the dark side of Clearwater, Florida, and all the away to Alaska.

The idea of a cool detective novel written by Leah Remini.

Harry Doyle—known as the Dead Detective.

Regis Walsh—head of the Florida Church of Scientology

Harry Doyle—Tom Cruise (seriously, he would actually be good)

Regis Walsh—Ralph Fiennes or the creepy young republican from The Purge.

If someone I loved fell under Scientology’s spell, I’d be scared shitless for them.

This is a fun and fast paced novel. Heffernan builds on the fascinating lore of the newest American “religious” movement with an intriguing mix of crime, mystery, thriller, and noir. Harry Doyle has a brutal backstory and the killer still creeps me out. There are some moments where the exposition took me out of the story, but Heffernan would usually find his groove and keep me engrossed. If you are a thriller or mystery reader and curious about the inner workings of Scientology, then The Scientology Murders is a must read.